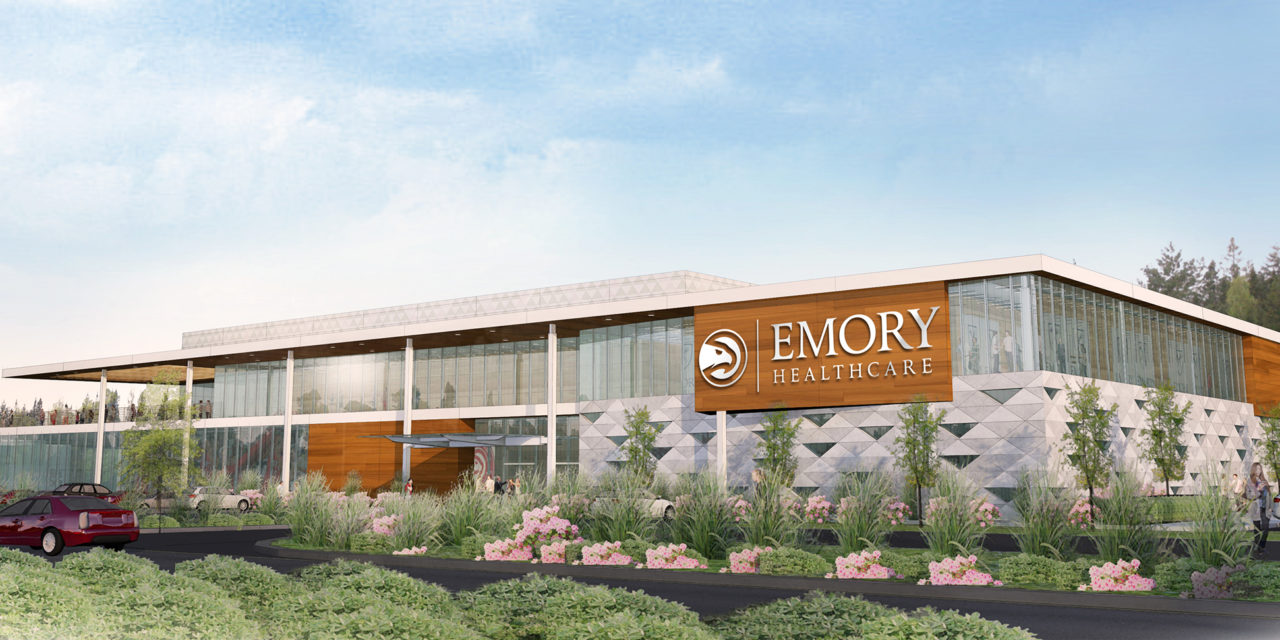 Emory Healthcare and the Atlanta Hawks announced yesterday that the two organizations will partner to construct a 90,000-square-foot state-of-the-art practice facility that will house both the Hawks’ Basketball Operations Department and Emory’s Sports Medicine Center.

According to an April 5 Hawks press release, “The goal was to design a facility that could fully service the best athletes in the world and provide the optimal environment for comprehensive player development and also serve as a sports science and research mecca.”

With the announcement, Emory will become the official sports medicine provider of the Hawks.

“It’s huge,” Hawks forward Kent Bazemore said in an interview with the Wheel. “[Emory] is strictly medicine and with the way medicine has been going over the last few years and has been integrated into basketball, it’s important that here in Atlanta the team uses [Emory] as a resource.”

The Hawks hope to break ground on the new facility at its Brookhaven, Ga. location this summer after the National Basketball Association (NBA) Draft and hope to have it ready for the 2017 NBA season.

Upgrading the practice facilities has been a long-term objective of Hawks principal owner Tony Ressler since the first time he toured the current facility.

“When we became owners, one of our top priorities was to provide the resources necessary to build a world-class training facility — a key element of being a first-class franchise that consistently competes at the highest level. We are thrilled with the partnership that [Hawks CEO Steven Koonin] and [Hawks Head Coach Mike Budenholzer] have forged with [Director of the Emory Orthopaedics and Spine Center and Chief Medical Officer of the Emory University Orthopaedics and Spine Hospital Scott Boden] and the Emory team in developing a new facility that will be at the forefront of how professional teams approach integrating sports medical technology in their training centers,” Ressler said in the Hawks press release.

However, the Hawks’ new facility is the first of its kind in that it will be the first to co-locate with both partners. The Hawks will move all Basketball Operations personnel to the facility, and Emory will move their entire team of sports medicine doctors, surgeons and specialists. Thirty thousand square feet of the facility will be dedicated solely to Emory.

Emory sports medicine doctors will see their patients in the new facility, allowing patients to be treated where their favorite players are being treated, according to the press release.

“Emory Healthcare has built outstanding orthopaedics services over the past decade, and we are excited to continue to grow this area and work closely with the Atlanta Hawks,” President, CEO and Chairman of the Board of Emory Healthcare Jonathan S. Lewin said in the Hawks’ press release. “Delivering on-site care not only will enable us to provide faster care to Hawks players, but also will enhance our ability to conduct sports performance research and translate what we learn to all athletes both professional and recreational.”

The facility will include state-of-the-art equipment such as the 3 Tesla MRI scanner, which offers the fastest diagnoses of soft-tissue and bone-bruise injuries, 3D motion capture and force plates that will allow physicians to “measure joint stress and on-site blood and sweat testing and analysis for nutritional defects,” according to the press release.

The new facility will require hiring 200 new employees to work both part time and full time at the facility. The Hawks and Emory will hire 65 and 75 part-time positions, respectively, and both will add 50 full-time employees to help run the new center.

“[Emory] will give us the cheat codes to living longer, living healthier,” Bazemore said. “With this game, it demands so much attention to your body; it’s important that they get [Emory staff] in here to keep the players at a high level.”