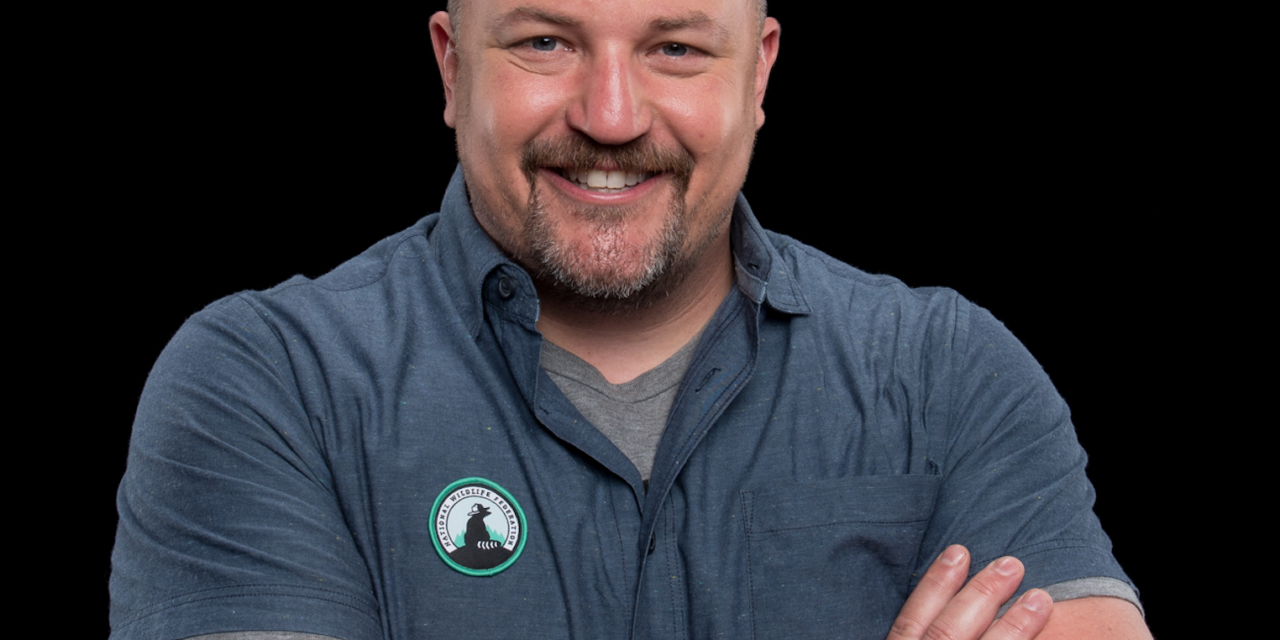 Although this year will be David Mizejewski’s (97C) 19th year as a media personality and wildlife conservation advocate for the National Wildlife Federation (NWF), he has been in touch with nature for as long as he can remember.

Mizejewski grew up in suburban New Jersey, where he spent a significant amount of his childhood exploring the woods, fields and creeks in his own backyard. He said that the freedom he had to explore and enjoy wildlife at a young age eventually led him to co-major in human and natural ecology and political science at Emory.

Over his nearly two-decade career in conservation, Mizejewski has written an award-winning wildlife book “Attracting Birds, Butterflies and Other Backyard Wildlife,” hosted his own television series on Animal Planet “Backyard Habitat” and appeared on countless acclaimed television talk shows like “Ellen” and  NBC’s “Today” show, all while pursuing his mission of educating the public about wildlife conservation.

“That early childhood experience really was formative,” Mizejewski said. “By the time I got to Emory, I knew that this was something that was kind of core to who I was and what I really wanted to do with my life and my career.”

“I came to the conclusion … that I actually didn’t really feel like that was the best fit,” Mizejewski said. “Working in that realm requires … a certain level of aggression. There’s a lot of forces out there that don’t want that kind of policy or legislation because it impedes their ability to make money.”

The summer after graduating, Mizejewski worked at the Chattahoochee Nature Center (CNC) Camp Kingfisher as a summer camp naturalist. There, through interactions with wildlife ambassadors, he learned to handle non-releasable wildlife used for educational programs. As a naturalist, he studied how species interact with each other and their environment.

Although he already knew he wanted to work with animals, he claims that his summer job at CNC sent him down his current path as a naturalist for the NWF.

“What I learned from [the CNC] was that what I actually enjoy doing … [was] sharing my knowledge and my excitement and my passion for wildlife … with other people,” Mizejewski said.  “[That way,] I could have a meaningful role in the bigger picture of wildlife conservation.”

In 2000, three years after being rejected for an NWF internship in the “Garden for Wildlife” program, Mizejewski finally began working for the NWF, where he ran that same program, then known as the Backyard Wildlife Habitat program. 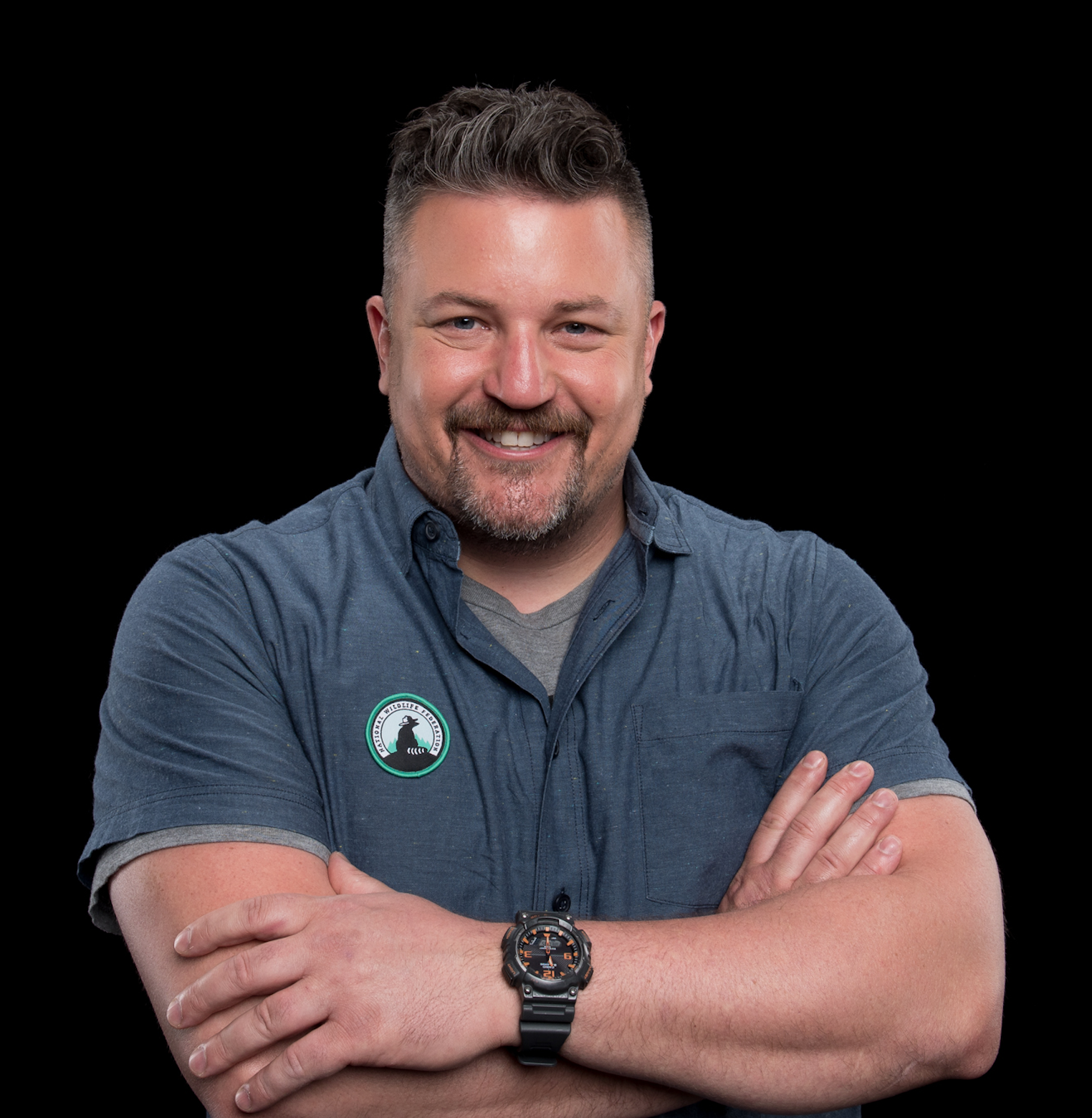 The program aimed to educate and inspire people to implement wildlife conservation in their own communities by planting native plants and protecting the local watershed. While running the program, Mizejewski began work on his 2004 book “Attracting Birds, Butterflies and Other Backyard Wildlife.” The book describes how one can construct a garden that attracts indigenous species.

In Aug. 2005, Mizejewski accepted the opportunity to host and co-produce an Animal Planet television series “Backyard Habitat,” which aired until Dec. 2006. Like his book and the NWF “Garden and Wildlife” program, “Backyard Habitat” encouraged viewers to make a difference in local wildlife conservation.

“Instead of just having a giant lawn that you mow and spray chemicals on … if you plant some native plants and think about how your property or your garden space is serving as a natural habitat … everybody can make a difference and get involved in conservation, ” Mizejewski said.

Mizejewski published an updated edition of his book on April 8, 2019 to account for the constantly changing nature of wildlife. Currently, he is on a cross-country publicity tour holding garden shows, media appearances, local events and book signings.

Of all his experiences during his 19 years with the NWF, Mizejewski most remembers travelling on NWF-chartered boats to cover the 2010 Deepwater Horizon oil spill in the Gulf of Mexico.

“I was able to go down and do some kind of reporting on behalf of NWF for our own channels, and talk to the media and give sort of an eyewitness account of what I was seeing,” Mizejewski said.

In addition to reporting for the NWF, Mizejewski has become a regular guest on television shows like NBC’s “Today” show, “Conan” and “The Wendy Williams Show,” and has amassed appearances on “Ellen,” “Adult Swim,” “RuPaul’s Drag Race” and “The Martha Stewart Show.” All his guest-work has shared the goal of educating viewers — often with the help of animal ambassadors — about ways to involve oneself in wildlife conservation.

Mizejewski claimed that Martha Stewart likes owls, so the crew planned to install several nesting boxes on Stewart’s property to teach viewers how to attract screech owls, barn owls and barred owls into their own backyards.

“I got to spend the night at Martha Stewart’s house,” Mizejewski said. “[I] sat in her kitchen while her cook was making us breakfast. She made coffee from her incredible espresso machine, and I got to sit on the floor and play with her dogs.”

Mary Vance (97C), Mizejewski’s friend since freshman year at Emory, has been invited to several of his television appearances and admitted to being impressed by his confidence and engagement.

“He is a total pro at this point. … He is very polished, he doesn’t really get nervous,” Vance said. “That’s one of the things that impresses me actually, that no matter what type of animal it is, he really gracefully handles anything that is thrown at him.”

Although his concern has always been for the safety of both the animals and the viewers, he faced an unexpected event on “Conan,” a television show hosted by Conan O’Brien. Mizejewski had the opportunity to bring a domesticated Asian water buffalo, an endangered species with only a few thousand left in its species and commonly ridden in Southeast Asia.

Mizejewski was hoping to have O’Brien ride it to help segue into his topic of the animal’s significance in Southeast Asia. He required safe flooring, as he always does when he brings an animal to a show.

During the rehearsal, O’Brien proceed to mount the animal. He promptly went flying across the studio after it sidestepped due to gaps in the flooring. Luckily, O’Brien was unhurt, and Mizejewski chose not to feature the Asian water buffalo on the show.

Mizejewski’s publicist Hali Simon, who organizes Mizejewski’s booking events and television appearances, noted the naturalist’s enthusiasm and ease when educating viewers with little to no knowledge about wildlife and its conservation.

“[Mizejewski] is incredibly talented with messaging,” Simon said. “He is really just a natural at getting these messages across and encouraging and inspiring people to get outside … [His delivery]  never feels like it’s scripted … It just comes out conversationally, and it really does inspire so many people.”

Mizejewski hopes to continue expanding his platform, and is currently developing a self-hosted online video series alongside the NWF.

As Mizejewski continues to advocate for wildlife conservation on both the global and local scales, he leaves Emory students, professors and staff with a challenge to join him on this journey.

“Go outside and look around,” Mizejewski said.”The natural world is all around us, and learning about it and experiencing it and caring about it starts by going outside your door … Wildlife conservation really can start at home and grow from there.” 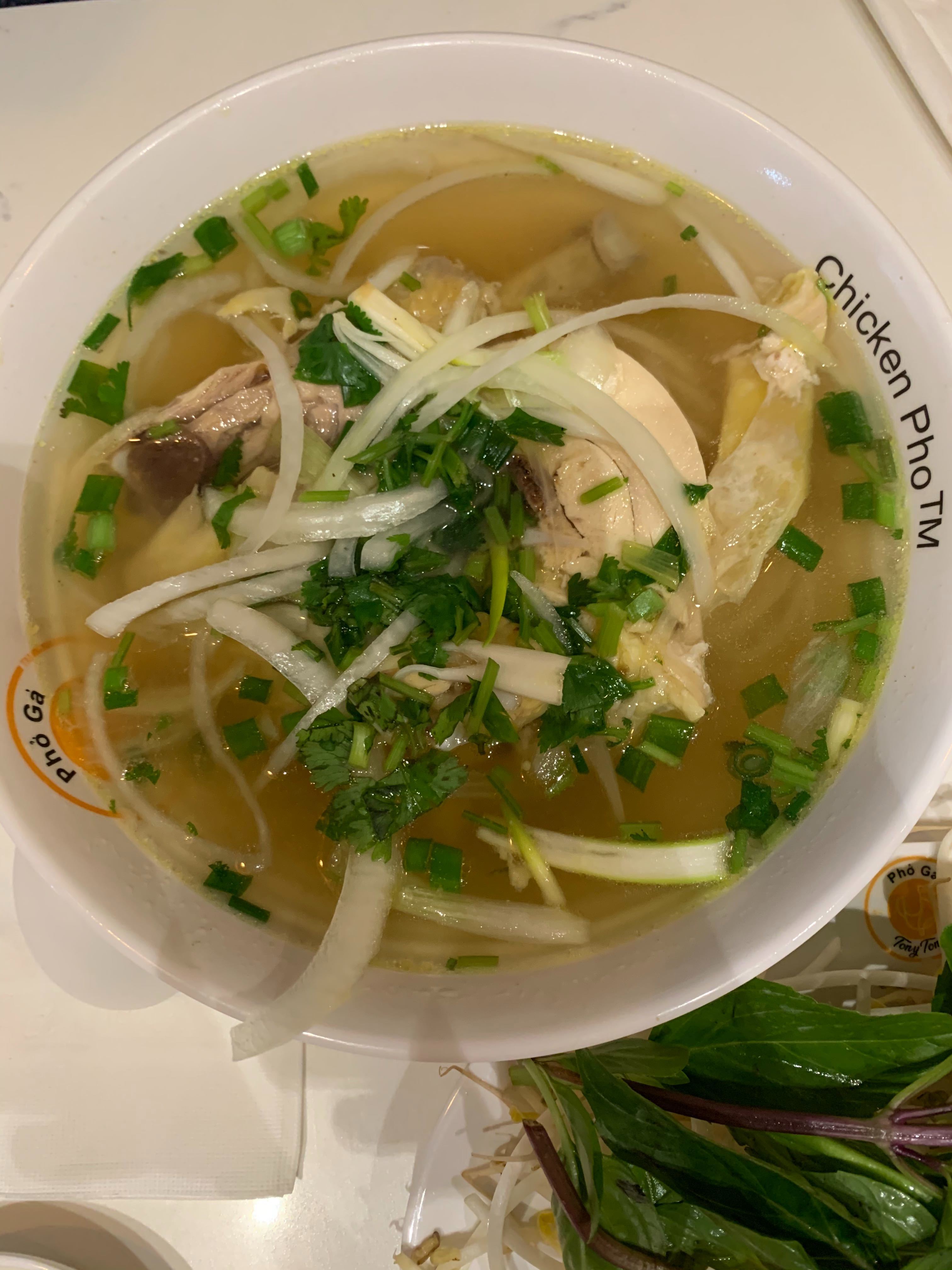