Emory University signed its second amicus curiae brief in two months opposing President Donald J. Trump’s immigration policy, joining a coalition of 30 other U.S. universities filing against Trump’s revised executive order on immigration. The brief was filed March 31 in the U.S. Court of Appeals for the Fourth Circuit of Maryland following a March 16 injunction on the president’s revised travel ban issued by U.S. District Judge Theodore D. Chuang, according to The Washington Post.

The revised order, signed March 6, removed Iraq from the banned list of six predominantly Muslim countries and exempted permanent residents and current visa holders. The order also reversed an indefinite ban on Syrian refugees, instead replacing it with a 120-day suspension that requires review of the U.S. Refugee Admissions Program’s procedures, and dropped language allowing for the “prioritization of refugee claims from members of persecuted religious minority groups.”

Despite the changes, the order still contains elements from its predecessor, including decreasing the number of refugees allowed into the United States annually by about 60,000.

The 40-page amicus brief states that Trump’s executive order threatens the different perspectives that international scholars bring to higher education, as well as the “scientific discoveries,” entrepreneurship and “works of art and literature” that they contribute to America.

Additionally, the brief cites instances when the order impeded U.S. universities’ ability to host international scholars for academic conferences, as “faculty members from around the world already have called for a boycott of academic conferences in the United States.”

The Wheel requested comment from Sterk via Associate Vice President of Media Relations Nancy Seideman, who redirected the Wheel to Senior Vice President and General Counsel Stephen Sencer. He declined to comment.

Last month, the University, alongside 16 other universities, filed an amicus brief against Trump’s original executive order on immigration in the New York federal district.

Emory’s International Student and Scholar Services (ISSS) office declined to comment on the number of students directly affected by the executive order.

Sterk, jointly with 47 other university presidents, signed a Feb. 2 letter denouncing Trump’s immigration order, characterizing it as “unfairly target[ing] seven predominantly Muslim countries in a manner inconsistent with America’s best principles and greatest traditions.” Sterk signed the letter because the order “hinders Emory’s ability to be a global research university,” according to her Feb. 6 all-Emory email.

Emory alumnus Neil Lampe (80B) said that he was “disappointed that the University has lost its educational focus” in a comment on the University’s Facebook post about the amicus brief.

“The nation’s immigration and security policies have absolutely nothing to do with academic excellence,” Lampe added.

Chris Wyllie (20C), disagreed with Lampe in another comment, writing that “when many of your greatest students are immigrants … it has everything to do with academic excellence.”

Lampe and Wyllie did not respond to request for comment by press time. 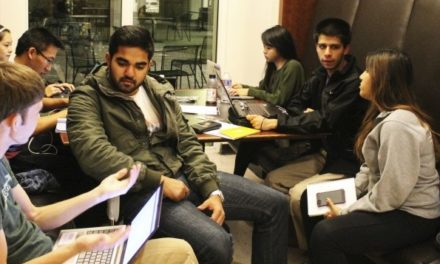