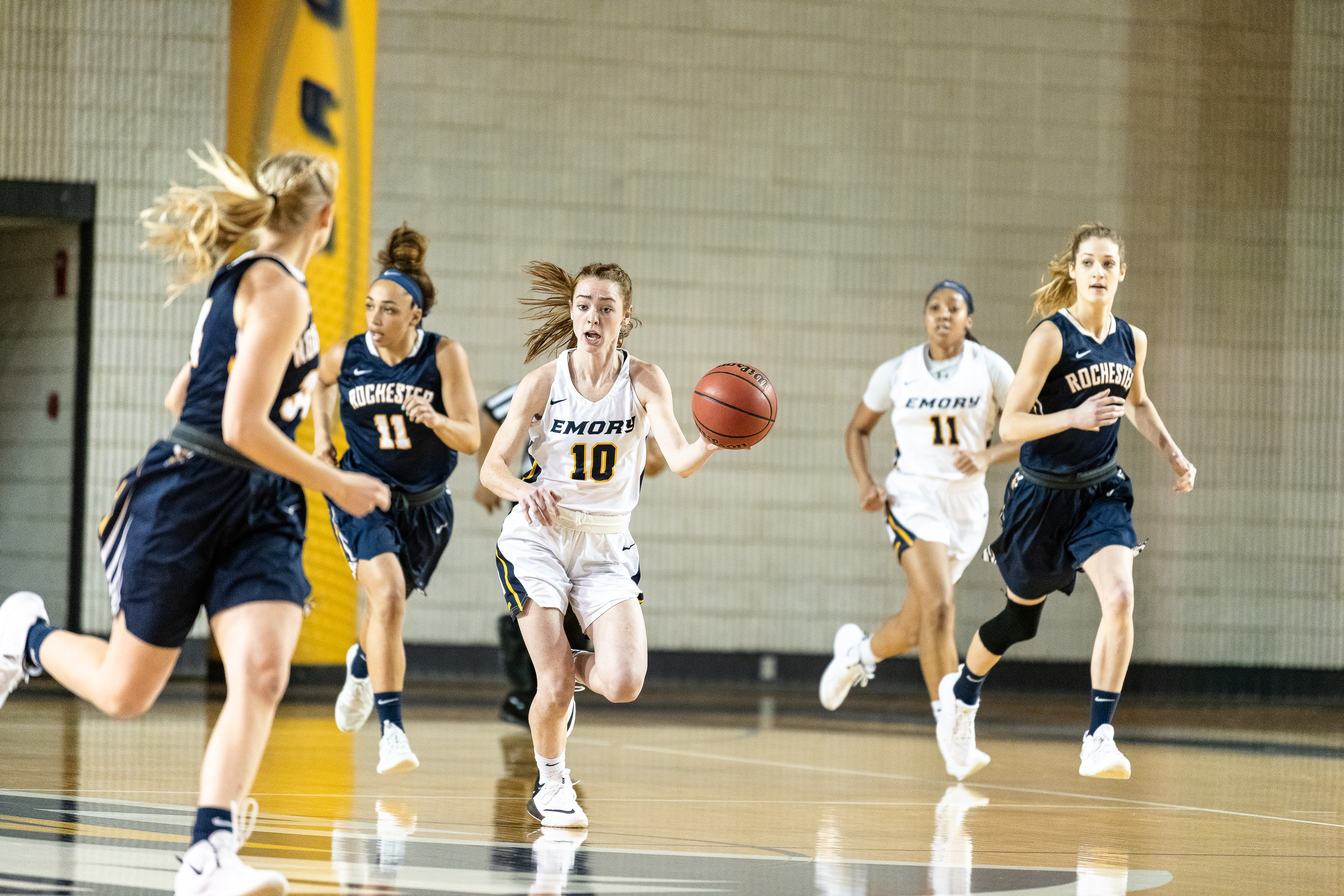 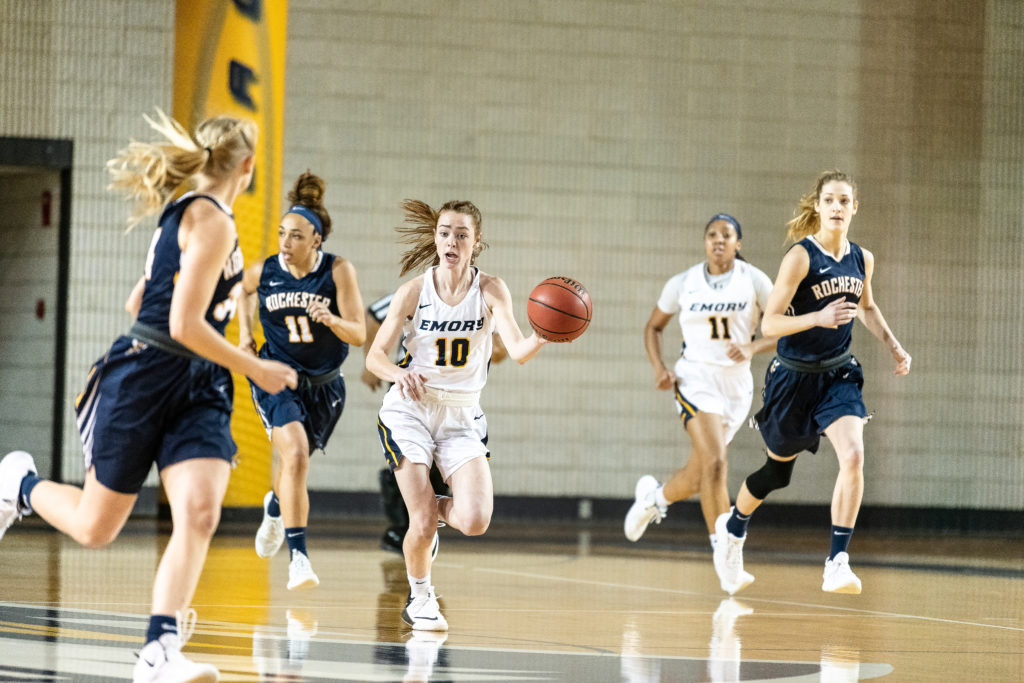 The Emory women’s basketball team defeated the University of Rochester (N.Y.) 78-54 on Feb. 23 for a fitting end to their senior day. The win brought the Eagles to an overall record of 19-6 and their University Athletic Association (UAA) record to 10-4 and helped to secure a spot for the team in the NCAA tournament starting on March 1.

The Eagles’ senior day was highlighted by a lights-out performance by senior center Ashley Oldshue, who put up 24 points and grabbed nine rebounds. Junior forward Erin Lindahl put up 17 points of her own, while senior guard Azzairia Jackson-Sherrod also contributed to the scoring with five assists.

Junior guard Allison Chernow capped the Eagles’ red-hot offense with 14 points on five-for-nine shooting. Besides scoring 78 points, the Eagles hit 59 percent of their shots from the field on 35-for-59 shooting and snagged an impressive 45 rebounds to close out the final home game of the season.

Head Coach Misha Jackson noted that, while she was impressed by the Eagles’ offensive tear and guard play, she believes there is still room for improvement on the defensive side of the ball.

“I thought we executed our offense well,” Jackson said. “Defensively, I know percentages say we did well, but I think we could have done a better job.

Overall, this was the team’s ninth win in 10 outings, bringing their final regular season record to 19-6. Despite tallying the fourth-most wins in program history, the Eagles fell just short of the conference championship, but still tied conference rival University of Chicago for second place in the UAA Conference.

Jackson said making it to the NCAA tournament is no small feat.

“The tournament is one of the highest things you can achieve and the biggest thing, being a national championship,” Jackson said. “For us, being in the tournament for the first time since 2013, it’s a pretty big deal to bring our program back to that level of excellence. … To be frank, we’ve fallen short of that, and so for us it’s been due time to get back there.”

Despite a stellar season for both the coaching staff and players, the Eagles’ hopes of attaining a spot in the NCAA tournament seemed slim without the latest victory.

“We knew this game was a little bit bigger because, one, it was senior day, and we really needed this win in order to get a tournament bid,” Jackson said. “It would have been very slim if we did not get it Saturday.”

But, against all odds, the NCAA announced that the Eagles would indeed go dancing on Feb. 25. The women’s team received a berth in the Round of 64 and will begin their quest for an NCAA title against Trine University (Ind.) at the Connor Center in Crestview Hills, Ky., on March 1.