Elizabeth Warren will never fully understand the plight of the black voter, and she wants us all to know.

Along with nine other presidential candidates, Sen. Elizabeth Warren (D-Mass.) arrived in Atlanta last week to participate in the Nov. 20 Democratic presidential primary debate and to garner support among Atlanta’s hugely influential African American community. Nowhere did the latter become more evident than at her rally held at Clark Atlanta University, a prominent historically black university, the night following the debate. Warren’s appeal at that event was not only effective, but also overcame the credibility issues posed by her identity as an older, white woman and tied powerfully into her signature economic populism.

Warren’s target audience for this event was obvious from the beginning. Televisions at the rally proclaimed its focus on black women’s issues, staffers handed out “Black Women for Warren” buttons and signs, and she was introduced by prominent freshman Rep. Ayanna Pressley (D-Mass.). Tapping into Atlanta’s rich history of civil rights and evoking the age-old hardships faced by domestic workers in the area, Warren worked very hard — and successfully — to demonstrate her understanding of the problems facing black women.

After Pressley’s fiery introduction, Warren began her speech by declaring that “as a white woman, [she] will never fully understand the discrimination, pain and harm that black Americans have experienced.” She was both correct and prudent in saying so; in contrast to South Bend Mayor Pete Buttigieg’s recent implication that he personally understands the black struggle, she openly admitted her status as an outsider.

Warren clearly demonstrates that while she has no right to claim any kind of personal identification with the black community, she understands that surrounding herself with those who do can inform her policy plans. Bringing Pressley and the organizing group Black Womxn For to the Clark Atlanta gymnasium was no accident. And her calls for reparations and repealing the 1994 omnibus crime bill drew strong contrasts with her opponents, particularly former U.S. Vice President Joe Biden, a principal architect of the latter.

Couching her appeals to black women and students in tailored policies and Atlanta activists’ biographies was shrewd on Warren’s part. If the spirit and furor of the crowd by the end of her 40 minute speech was any indication, it was also very effective. Yet Warren has faced repeated accusations of racial pandering, as any politician can reasonably expect when commenting on issues in which they have no personal stake. These allegations are both disruptive in their spirit and superficial in their perspective.

Labeling Warren a panderer would be more than reasonable had she only begun fighting for black-friendly policies as a candidate. But the senator has established a long pattern of sensitivity to and action on issues important to the black community, ranging from her 2013 vote for expanded background checks to her 2018 introduction of a bill protecting state-level cannabis legalization.

Race is a difficult subject for any candidate to tackle, especially a white one who derives privileges from the associated disparities. The most successful approach must define the conflict surrounding it objectively, both in terms of race and the underlying class-related issues, while also calling attention to the systemic damage done to America’s black community. Warren’s humility as a white woman and her long-running commitment to highlighting black America’s struggle are powerful enough by themselves. But crucially, she consistently cements her credibility on racial economic inequities by boiling them down to what she knows best: socioeconomic inequality and injustices perpetrated by society’s elites.

Warren’s favorite word in the English language may well be “fight,” and she certainly spoke as if it were at her Clark Atlanta rally. In one particularly fiery moment, Warren declared to the audience that “the rich and powerful want us to fear each other because they are afraid of us.” Her narrative was by no means one of compensation for past injustices. She instead chose to spotlight the inequality that black women face, blame it on artificial divisions created by those beholden to special interests and call for cooperation between black and white, rich and poor and left and right to level the playing field once and for all. In so doing, she implied that while she herself doesn’t belong to the black community, she shares its identification with the vast segment of America fighting against the selfish elite and therefore is a valuable and knowledgeable ally in the struggle.

Her efforts seem even more appropriate when viewed in comparison to U.S. President Donald J. Trump’s recent Atlanta rally. Asking the black voters present, “What the hell do you have to lose?” and highlighting no substantive policy proposals to address such pressing issues as gaps in educational opportunity and access to health care, Trump merely made empty promises. Particularly in light of his past tweets attacking Rep. John Lewis (D-Ga.) and implying moral equivalence between white supremacists and counterprotesters at the 2017 Unite the Right rally in Charlottesville, Va., his comments rang hollow where Warren’s felt authentic.

Although Warren clearly demonstrated a strong approach to black issues at her rally, her conception of America’s racial divides was radically oversimplified. Her appeals were structured around aspirational visions of “black and white workers” achieving structural change and divisions between “blacks and whites.” America is more than that; we are a diverse nation with diverse problems. Particularly in light of Warren’s past controversial claims of Cherokee heritage, her routine failure to address problems specific to Asian, Native American, Hispanic and other groups is a glaring one. Moreover, her near-equation of race with social status is a dangerous distortion of the true complexity of those issues. To show the electorate that she is more qualified to improve minority representation in government and fight de facto segregation than candidates with stronger personal stakes, such as Sen. Cory Booker (D-N.J.), she must confront them with the humility and poise she has otherwise exemplified.

The senator may have her flaws, such as her questionable electability, her likely unconstitutional wealth tax and her overly optimistic healthcare plan, but she showed definitively at Clark Atlanta University that she can properly engage the problems facing African Americans. While Warren may not have lived the black struggle, she knows how to work with and for those who have. 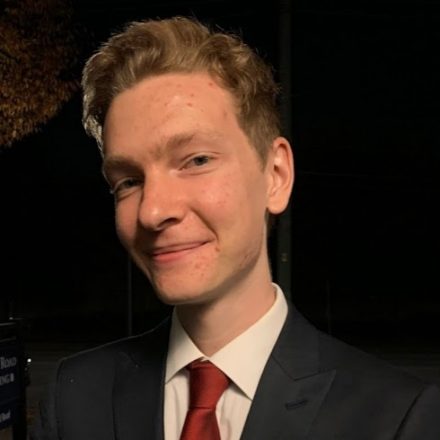 The Cards Are Stacked Against First-Gen Students. It Doesn’t Hold Us Back.