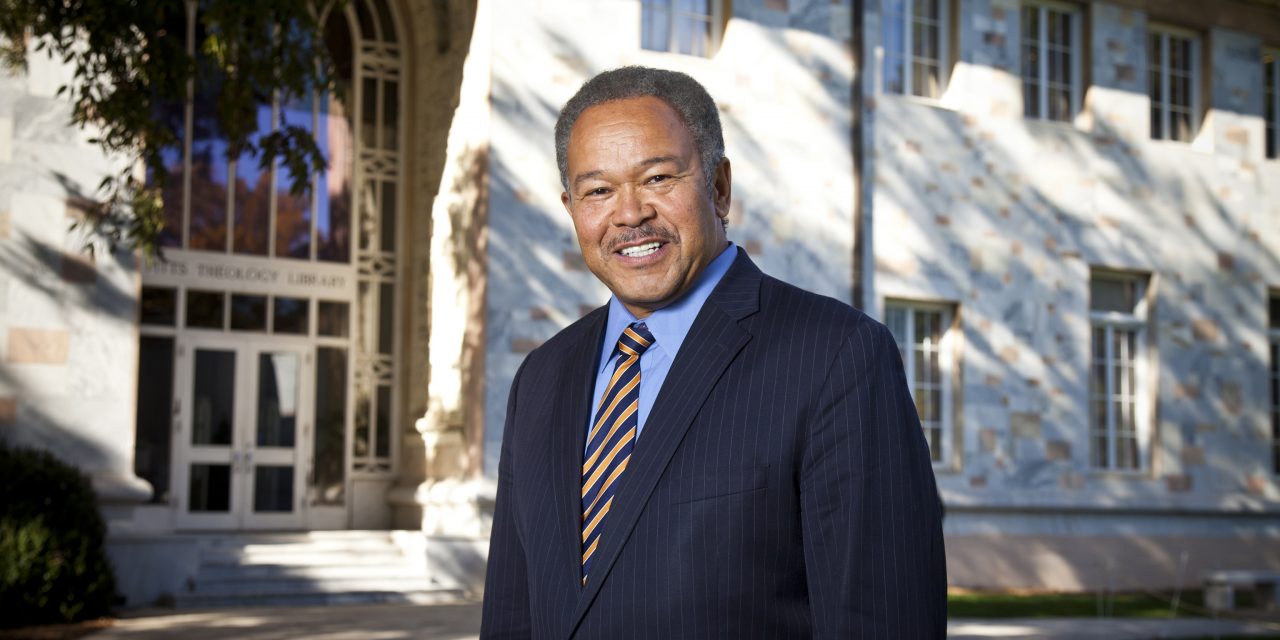 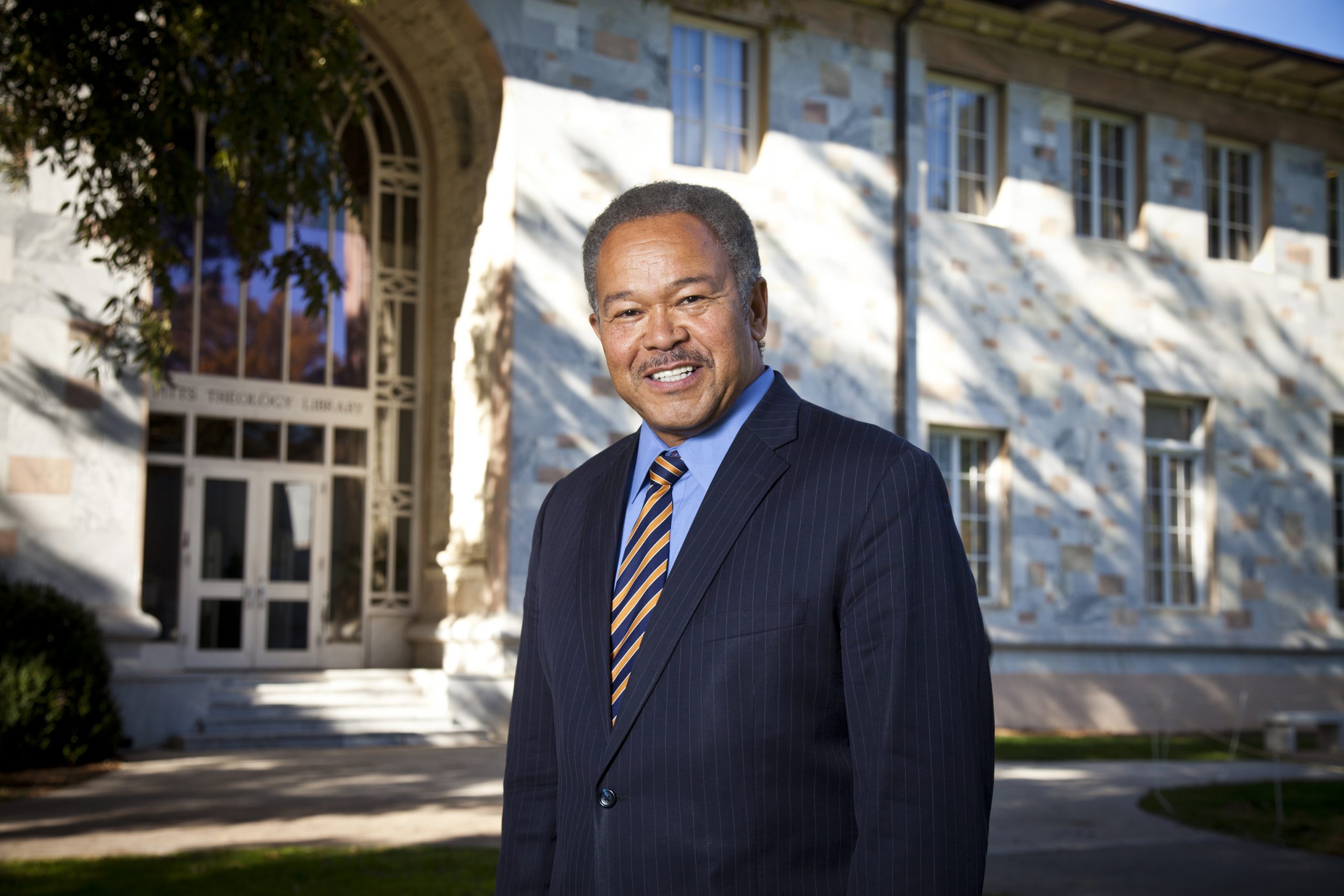 Former Atlanta City Council member Kwanza Hall and Emory theology Professor Robert Franklin will advance to a runoff election for Georgia’s 5th Congressional District on Dec. 1, after none of the six candidates in the Sept. 29 special election received a majority vote. The winner of the runoff will spend a total of 33 days in the U.S. House of Representatives.

Hall received 32.3% of the vote and Franklin, the James T. and Berta R. Laney professor in moral leadership at the Candler School of Theology, received 28.1% of the vote.

Both Franklin and Hall have ties to the late congressman and civil rights icon John Lewis, whose seat they hope to fill. To Franklin, Lewis served as an “intellectual equal” with whom he often engaged in long political discussions in Lewis’ Washington D.C. office. Lewis was Hall’s next-door neighbor, long-time friend and “source of inspiration” to be active in politics.

“We had a long true standing relationship,” Hall said of Lewis. “He’s known me since I’ve been born. We worked on projects together of personal significance to him.”

One such project Hall aims to continue is the Prince Mason’s Building Project, which extends the national historic district to include the Southern Leadership Christian Congress (SLCC)’s former headquarters where Martin Luther King Jr. and Lewis worked. The SLCC played an integral part in the Civil Rights movement, beginning around the time of the Montgomery Bus Boycott.

On Monday, Lewis’ son John-Miles Lewis endorsed Hall to fill his father’s seat. He cited his father’s long history with Hall as his reason and called Hall “the perfect candidate to maintain his legacy.”

“I was honored to have his support,” Hall said. “It means far more than just words.”

John-Miles also expressed his frustration that the seat will remain empty until the runoff election, encouraging Franklin and the rest of the candidates to step down so that Hall can be sworn in immediately.

“It’s legally possible,” Hall said. “If everyone else agrees, we can do this. All it takes is unity and unanimity of all the people in this race.”

Hall hopes to convince Franklin to withdraw from the race so that he can assume the position immediately.

Franklin said while he shares in John-Miles’ frustration with the slow process, he was unsurprised by John Miles’ endorsement. “I certainly respect him and his friendship and long standing relationship with Mr. Hall,” Franklin said. “In that respect, I found it unremarkable that a friend would endorse a friend.”

Hall also wants to ensure a smooth transition between himself and the candidate elected in the Nov. 3 election.

Franklin’s campaign focuses on the distinction between transactional and transformational politics, something he learned from talking to Lewis.

“One of the things that distinguished John Lewis and one of the things he encouraged me to think about is to bring a vision of American moral possibility off how this nation could improve and repair its faults,” Franklin said.

Of the six candidates, Franklin raised the most money, totaling over $128,000 since August. He attributes his success to his ability to offer a “value proposition” of moral leadership during a national crisis and his tenure as president of Morehouse College (Ga.) from 2007 to 2012.

“People responded to that in part because they see my track record, my stature and reputation for service, for bringing people together and working on difficult issues,” Franklin said.

When it comes to carrying on Lewis’ legacy and style of leadership, Franklin believes he is the best candidate for the job and has leadership skills that Hall does not have.

“I am closer to the style and leadership position of John Lewis — that is, moral and intellectual leadership, offering moral clarity and hope at a time of national crisis,” Franklin said. “I have a track record of doing that.”

However, Hall believes that he has more relevant experience in politics and social justice issues.

“We need to make sure we are serving justice even for things that are not getting the media attention, like those cases right in our backyard,” Hall said. “I’ve already done this kind of stuff. It’s been my daily job for 15 years.”

To make the most of his month in office, Franklin has laid out three goals: participate in appropriations and budget decisions, hold the Trump administration accountable, and offer moral clarity amid a national crisis.

“Following the Nov. 3 election, there will be enormous polarization,” Franklin said. “Someone who brings a background in ethics and in pastoral leadership can name those difficult issues and can open difficult dialogues.”

Hall placed an emphasis on unity, stating, ”that’s how we honor Congressman Lewis.”