EDC Adds Another Success to the ‘Vault’

So much more than a compilation of dances, Emory Dance Company’s fall performance “Vault” consisted of stomping, clapping and emphatic emotions conveyed in carefully constructed facial expressions – not your typical dance performance.

Each piece in the compilation was choreographed by a member of Emory’s dance faulty, which was evident in the unique and different elements that each embodied. The opening dance, “Small Finale,” created by guest choreographer Monica Bill Barnes, began with students engaging in slow movements, then running around and stopping abruptly to add to the dramatic air. These abrupt movements were flawlessly juxtaposed by a soft, calm energy, which was in part created by the music.

The second and most engaging performance of the night was “Of Kiltering,” choreographed by senior lecturer Gregory Catellier. Containing only five dancers, the piece was simple yet intense. College sophomore Sarah Beach and College freshman James LaRussa, who at one point balanced a chair on his chin, were both outstanding. Beach moved with incredible fluidity and grace, while LaRussa was strong in each and every lift. He was also extremely talented at letting his body fall to the floor in a controlled way.

The final dance “All is Well,” choreographed by senior lecturer George Staib, concluded with all the dancers removing most of their clothing. This extremely unexpected choice contributed to the overall shock and awe, a seemingly intentional choice that was well executed.

The dance started off with College junior Alex Lopez singing George Gershwin’s “Summertime.” The routine explored human emotions on a complex and intricate level. The dancers were smiling at times and frowning or very serious looking at others. In this performance, the happy and tortured nature of the human mind was depicted with deadly accuracy.

“All is Well” concluded with a remarkable solo performed by College sophomore Aneyn O’Grady. O’Grady was precise with all her movements and visibly comfortable on stage. She danced with quick movements including many jumps and twirls, all of which were completed with authority and meticulousness.

Despite enjoyable performances, some of the costumes were less than overwhelming. For example, in “Bodies of Sound on Bodies,” choreographed by dance instructor Tara Shepard Myers, dancers wore purple hoods, which was odd and did not really contribute to the dance in any noticeable way.

Furthermore, the costumes for the opening number, “Small Finale” were comprised of business attire, which also did not fit the abrupt and somewhat chaotic theme of the dance.

Of all the performances, “All is Well” was the most relatable, conveying the struggles and confusion between happiness and sadness.

However, the dance performances in “Of Kiltering” were phenomenal in their poise and power.

Students danced their hearts out while contorting their bodies into impossible shapes with inexplicable accuracy. Though some of the costumes seemed out of place, it was impossible to look away from the stage.

“Stranger Things” Stumbles, Then Shines in its Second Season 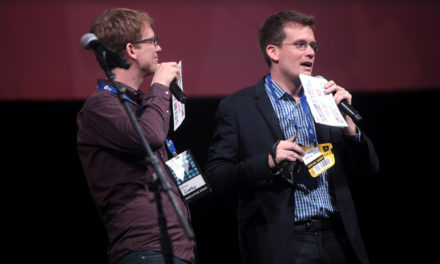