Economic growth is not a marker of success. It is a measure of injustice | Carson’s Class Notes 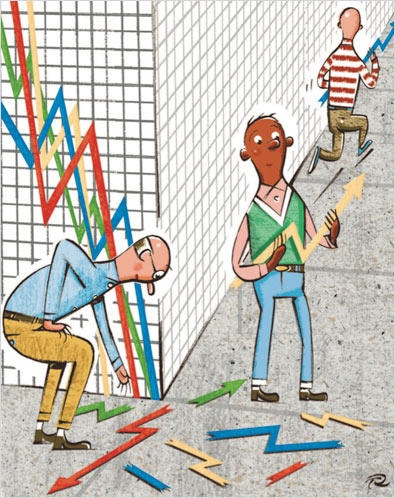 Perhaps nothing is as disheartening as sitting down for breakfast, opening the front page of The New York Times and being forcibly removed from my collegiate bubble and faced with the reality of the world. Earlier this week, I had one of these moments. The headlines sounded alarm bells for a potential recession: inflation is rising, the Fed is increasing interest rates again, consumer spending is down and gas prices remain high. Directly underneath this: “Shell and Total, Oil Giants, Report Huge Profits on High Energy Prices.”

I texted my mom a screenshot of these headlines, the irony of record profits right next to fears of economic downturn too glaring to ignore. She replied, “I think the problem of growth in the economy is far under-discussed — I mean the problem of how we glorify it at literally the cost of our planet. Maybe that is a topic you could chip away at in your column.” So, as wise sons are expected to do, I listened to my mom.

Economic growth is the idea that in order for the economy to remain strong, it must continue to generate more money, year after year. Its proponents argue that it can continue indefinitely, and growth is taken to be an unquestionable law of successful markets. But never-ending growth is not necessary for a functional economy — it is a manufactured expectation created to increase profits and protect capital. More importantly, it disregards our well-being and further entrenches the gap between the wealthy and the working class.

Growth is a wonderful phenomenon: it develops seeds into flowers and children into thoughtful individuals. But this positive, romantic ideal does not translate to the economy. Conventional wisdom assumes that a more productive economy, one that is able to manufacture more goods and generate more revenue, will return that growth to the people. However, when growth is created from the extraction of value from workers and the environment, it often does more harm than good. For example, Shein, the fast-fashion giant valued at over $100 billion, has seen astronomical growth at the hands of laborers who work in hazardous and inhumane conditions. On top of this, they sell clothes with toxic levels of chemicals, most of which are not made well enough to last a year, epitomizing a wasteful, consumeristic business model that ignores sustainability.

The benefits of economic expansion do not uniformly fall upon a nation’s people. Rather, companies use their profits to make more money for executives and shareholders, not to provide better working conditions for their employees or more affordable prices for their consumers. Even now, when inflation has reached its highest rate since 1982, food companies have raised prices on basic goods like eggs and potato chips — while still recording record-breaking profits. To add to the fire, grocery store workers around Los Angeles voted to authorize a strike earlier this year, fighting for wages that will actually support their cost of living. Kroger, one of the stores involved in the negotiations, originally proposed a patronizing 60-cent wage increase even after making $4.6 billion dollars in profits, $1.6 billion of which was handed out to investors.

The global economy’s myopic focus on growth has come at the immeasurable expense of the environment — only 20 companies are responsible for one-third of worldwide emissions, and the continued expectation for increased profits has placed environmental health on the sidelines. Gross domestic product (GDP), for example, measures an economy’s total income, the total value of goods and services produced, without considering any of the social and environmental costs it took to get there.

In the U.S., we use more excess natural resources than any other country in the world. High-income nations with only 16% of the world’s population use almost 75% of the Earth’s resources. Not only is this unsustainable, but it also demonstrates the vast inequalities in resource distribution. Since 1990, the global economy has extracted $10 trillion per year from the Global South, while contributing less than $3 trillion toward developmental assistance for the region, hindering the developing world’s chances at prosperity. When growth actively perpetuates such inequality, it can hardly be argued to be a universal good.

Growth has also pushed us to ignore the material well-being of the people. Per capita GDP, the benchmark figure of economic health and success does not correlate with improved living conditions for most people. In fact, income inequality in the United States has risen in the past 10 years, further entrenching the gap between rich and poor and turning true economic mobility into a dream, not a reality. Increasing a nation’s wealth does not magically guarantee its fair distribution, nor does it alleviate workers’ exploitation — especially not when the control lies in the hands of a powerful network of corporations.

But growth is not the only way we can view economic prosperity. Several economists are advocating for “post-growth,” a framework which places ecological and social needs central to how we measure economic health. Such a system would not mean the end of growth, but would instead call for the redistribution of resources and policies mandating better working conditions, like shorter work weeks and more vacation days.

Growth distorts how we view our world, forces us to treat profit and efficiency as the hallmarks of success and blinds us to its true effect: injustice. Our never-ending quest for more has created a market of manufactured consumerism, the incessant exploitation of the natural world and the perpetuation of inequality. We need to stop praising capital’s incredible ability to make more money for itself and demand genuine investment in our environment, wages, and well-being. 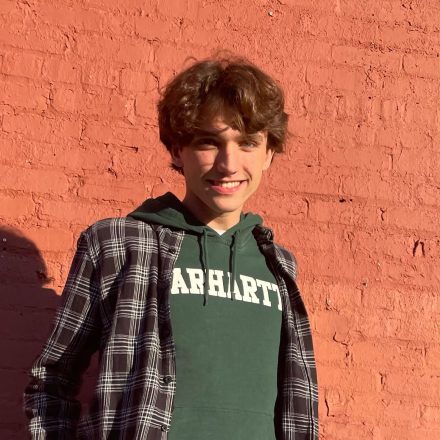 Checking In on Checking Out: Students’ Technology Habits Damage Academics at Emory

The Left’s Prejudice Against Trump Supporters 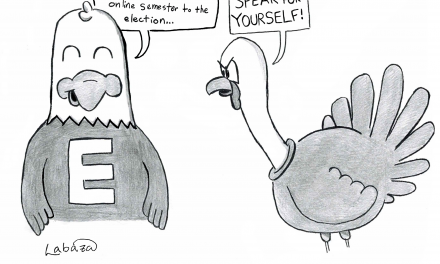