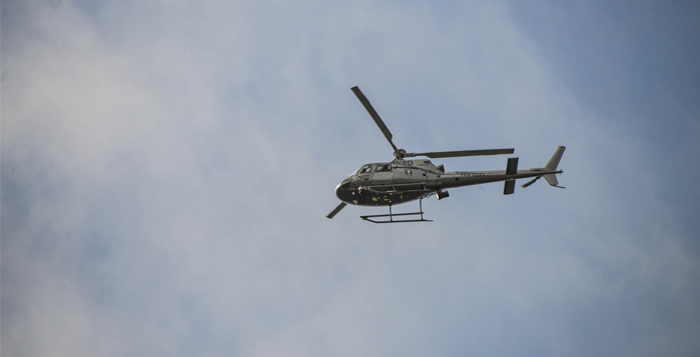 Emory Hospital received its third American patient afflicted with the Ebola virus on Tuesday morning. The patient, whose name has not yet been released, was transported by air ambulance from West Africa and will be treated in the same isolation unit as the last two patients, Kent Brantly and Nancy Writebol.

However, CNN reported that the patient is a male U.S. citizen transferred from Sierra Leone and was seen walking into the facility with the assistance of another person.

As of now, Emory Hospital does not know whether it will receive any additional patients, but they are prepared to treat three patients at all times, Mehta said.

“We were fortunate in the circumstances to have plenty of notice,” he said.

Earlier this month, the Wheel reported that Brantly and Writebol were both discharged from Emory Hospital late last month after the patients showed no signs of the virus.

While there is no proven cure for Ebola, Emory Hospital administered an experimental treatment called ZMapp on Brantly and Writebol, although their recovery was not directly attributable to the treatment.

“We don’t know the impact of the experimental medication because it’s really hard to have data with only two patients,” Mehta said.

According to Mehta, he is not allowed to disclose what kind of treatment will be administered on the third patient due to confidentiality policies.

Also, experimental treatments can only be used on patients with the approval of the Food and Drug Administration (FDA) and consent from the patient.

The World Health Organization (WHO) has deemed the current Ebola outbreak a humanitarian crisis. According to the WHO’s most recent data, the current outbreak has a 47 percent survival rate, which is higher than previous outbreaks. Thus far, the WHO has reported more than 4,200 cases since December.

The rapidity of the spread of the virus in West Africa can be attributed to its location on the border of several countries as well as lack of sufficient health care supplies such as IV fluids and equipment to monitor vital signs, Mehta said. He added that these basic facilities make a huge difference in treating the virus.

“We hope the attention brought by the third patient helps bring those resources to West Africa,” he said.

The process by which patients are transported back to the U.S. is very safe, according to Mehta. The air ambulance, which is a plane with a self-contained unit, is a controlled environment.

While Emory is one of five facilities in the country to have unique capabilities in its isolation unit, Mehta emphasized that any tertiary care hospital in the country has the ability to treat Ebola patients.

“It doesn’t really require a facility like ours,” Mehta said. “Any hospital with the ability to do ‘contact and drop’ can treat someone with Ebola.”

As for Emory Hospital’s role in the future of the outbreak, Mehta says he hopes it can communicate its experience to the broader medical community.

Mehat concluded: “We also hope Emory’s role will be to make hospitals around the country and world feel safer [to treat Ebola].”