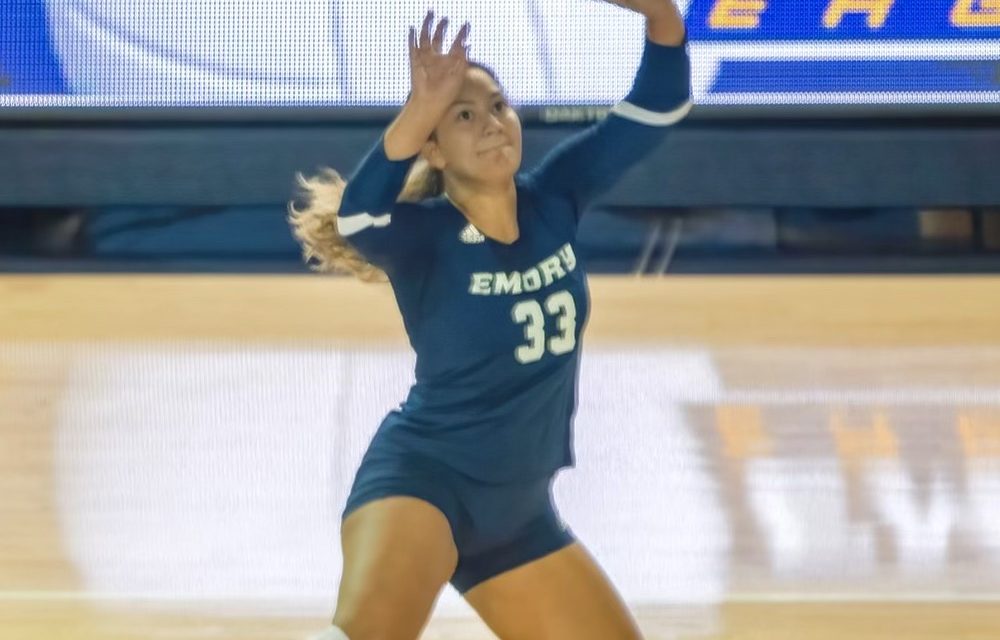 The pandemic granted NCAA athletes the ability to compete in their respective sport for an extra year as a result of interrupted athletic seasons. The decision to use the extra year of eligibility is up to the athlete. At Emory University, different sports are seeing student-athletes use that extra year to continue playing, some of whom are doing so while in graduate school.

Claire Hu, a first-year graduate student at the Emory University School of Medicine, attended California Institute of Technology (Caltech) for her undergraduate studies. While at Caltech, she ran cross country and track & field, and wanted to continue competing during her first year in medical school across the nation. While she knows that medical school is demanding, Hu still has a strong passion for running. After seeing how the cross country season goes, Hu plans to make her decision about track & field because of her demanding curriculum.

“If I can manage [time] well during the last two weeks of cross country, I might consider doing track,” Hu said. “The coaches have been very flexible with me.”

Hu mentioned that continuing her athletic career was not the deciding factor in her medical school application process. Instead, she focused on her research interests.

“Sports did not particularly influence my decision,” Hu said. “I applied MD-PHD, a very selective process. I received two interview offers, one from Boston University and one from Emory. I was able to interview at both schools. Based on my research interests and what I wanted to do, I thought Emory was a better fit.”

Even though being able to run for Emory’s cross country team came later, Hu is very glad she is able to participate. With a strong support system, she is confident in being able to balance her rigorous medical school tasks with running.

“I also have my foot in a lot of different locations,” Hu said. “I have my MD-PHD cohort, I have my medical school classmates, and I have my teammates. I think having that support system and having multiple different sources of support and investing in a few different places is good in the sense that I can get what I need emotionally from whoever’s available.”

Hu is the only female graduate student in the cross country program. She shared her thoughts on the social framework of the team.

“I came and introduced myself to the freshmen who are also in the same boat of being new and not integrated into the social groups,” Hu said. “ It’s reminiscent of my college days and really fun. When you’re going into a new team environment it’s normal to feel different but it does get better with time. I’ve tried to be a good teammate and get to know them on a more personal level. It’s just been getting better and better.” 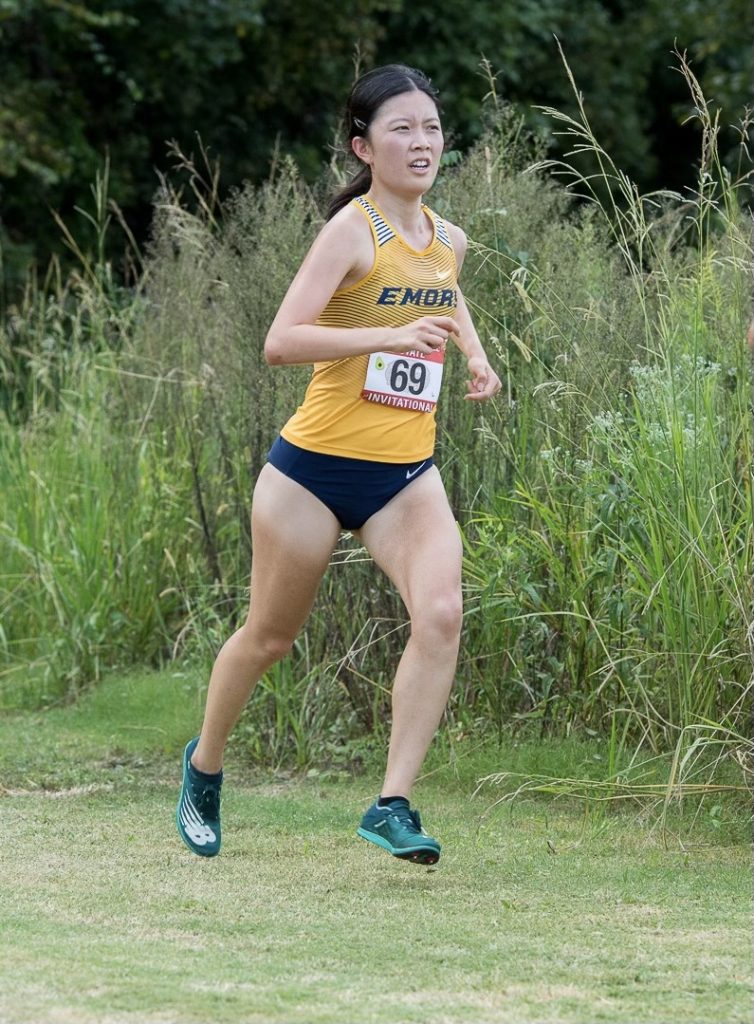 Just like Hu, Ethan Thompson is a graduate student on the cross country and track & field teams. He is a recent graduate of the University of Wisconsin–La Crosse and is in the Doctor of Physical Therapy program at the Emory University School of Medicine. Thompson ran cross country and track all four years of his undergraduate experience, and chose to exercise his extra year of eligibility to continue doing something he loves.

Thompson discussed his simultaneous adjustment to a new school and a new team.

“It was nice in the sense that my program started in June so I was able to have exposure to the program before the season started,” Thompson explained. “During that time I got to run with my teammates who were living here over the summer as well. So I kind of got a slow exposure to the team which was really nice to have some ongoing relationships before I had met the full blown team at our preseason camp.”

Thompson also discussed the transition to participating on a college athletic team as a graduate student.

“I have really enjoyed it,” Thompson said. “It has definitely been a change now that I am in graduate school. At the same time it has been cool to meet the freshmen and still have some connection to the youthful side that they bring to the team. It has overall been good to me and has kept me open-minded.”

Because Thompson’s classes start at 8 a.m., he is not able to run with the team during the week. Instead, he has to run at 6 a.m. before his classes. Despite this, Thompson tries to make the most of it by building close connections with his new teammates.

“Other than waking up early and not being able to practice with the team it has been pretty manageable,” Thompson said. “I still briefly attend practice everyday at 7 a.m. because I run everyday before practice, check in with the coach, and then say good morning to the team. I still get that everyday interaction to foster that relationship and connection before my 8 a.m. classes.” 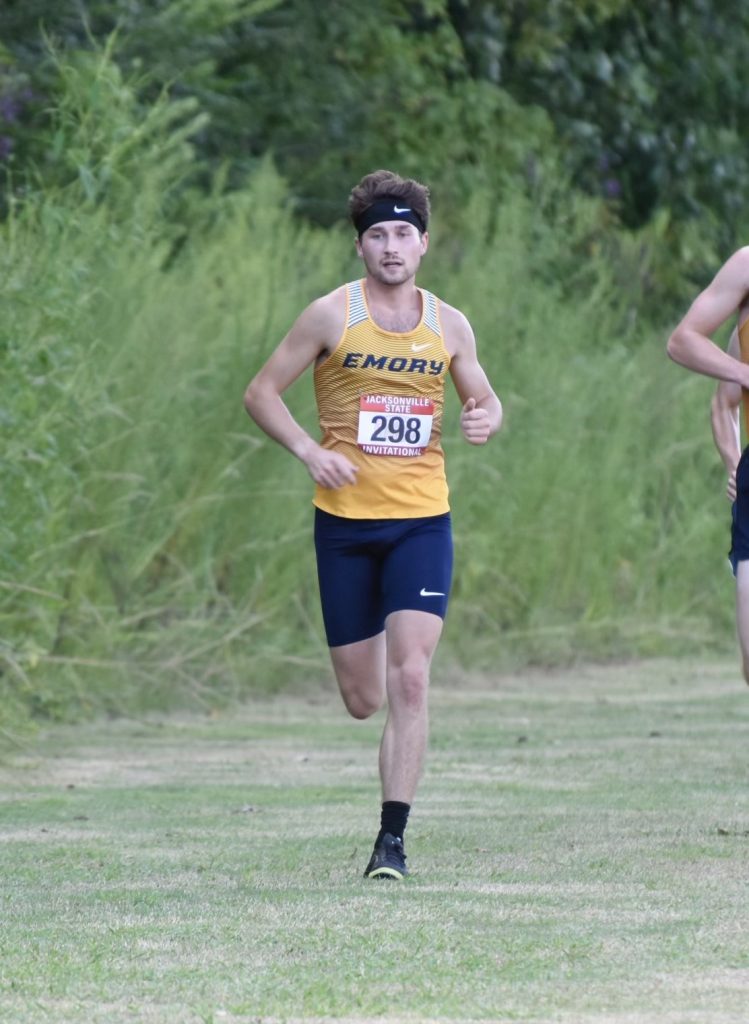 While not in graduate school, Lauren Bandera, a captain on the volleyball team, is at Emory for an extra semester. She is able to underload on her coursework and use her extra year of eligibility to compete for another season. Bandera transferred from Georgia State University to Emory during her sophomore year. Despite being one of the oldest on the team, Bandera enjoys spending her extra semester with her teammates.

“The dynamic is one that I was new to and I wasn’t sure how it would be,” Bandera said. “It has kind of surprised me that I feel very close to most of them. I think age doesn’t really matter. Maturity-wise it has kind of been shocking in the sense that I respect all of them and don’t feel that age gap. I truly enjoy that.”

Bandera mentioned how grateful she feels to devote most of her time to volleyball since she is only enrolled in two classes for her final semester. Bandera expanded upon her leadership role and how she hopes to set a high standard for the program. As the oldest and one of four captains, she feels she is a role model for the program.

“Because of my situation, I can spend more time on volleyball,” Bandera said. “They have me in leadership roles. Now that I have more time I can go the extra mile on more things like checking on the underclassmen. In the past, my course load varied depending on how much time I could work with. It’s really nice to have that last semester light on classes.” 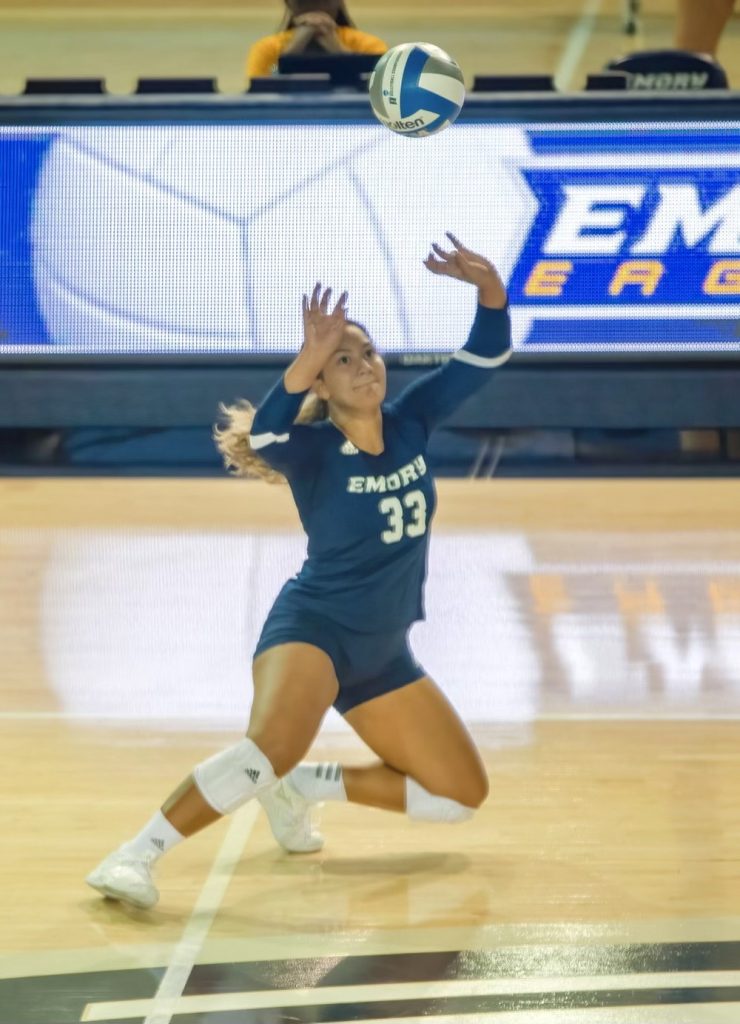