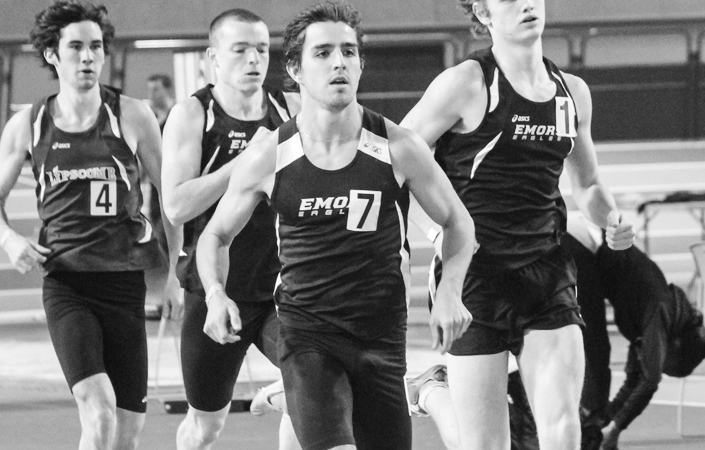 Senior Electra Korn runs at the Panther Indoor Icebreaker last Friday. Korn finished third in the 60-meter dash and a second 200-meter dash among non-Division I athletes at the meet. Courtesy of Emory Athletics.

The Emory Eagles track and field teams faced off with 24 other teams  in their first competition of the season last Friday. Scored differently than Division I teams, the women’s team returned with a first-place finish at the Panther Indoor Icebreaker, while the men’s team secured a fifth-place slot out of 24 teams.

Despite the Eagles’ strong finishes, this meet was most about allowing athletes to measure their progress, Head Coach John Curtin said.

“The score is secondary this time of year, he said. “We were getting each of the kids an opportunity to find out where they are with their training. The distance kids had the cross country season to measure themselves, but this was the first time many of our kids competed.”

The women’s team, which ended the meet with 86 points, was led by junior distance runner Julie Williamson. With a time of 2:18.43, her 800-meter dash is the fastest ran by a D III woman this season, according to Curtin.

In his first-ever collegiate meet, freshman Phillip Greenfield notched a seventh-place finish in the 60-yard dash and a 13th-place finish in the 200-meter dash, clocking in at 7.16 and 23.36 seconds, respectively. He and all other Emory athletes were scored against other non-Division I athletes.

“I was totally blown away by some of what we saw.” – Head Coach John Curtin

Freshmen from both teams showed promise for the future of Emory track and field. Freshman jumper Charlie Hu led the Eagles with a third-place 12.80 meter triple jump and a fifth-place 6.04 meter long jump.

For the freshmen women, Erica Goldman took sixth with a 59.98 second 400-meter dash, Caitlin Cheeseboro took third with a time of 9.77 seconds in the 60-meter hurdles, Valerie Linck made eighth-place with a 1.40 meter high jump, Zoe Fowler took fourth with a 11.56 meter weight throw and Kora Dreffs took fifth with a 10.21-meter shot put throw.

“[The first meet] is an anxious time, and we have so many freshmen and young kids,” Curtin said. “It was really fun for us to see what they did when they were asked to toe the line.”

While the Birmingham-Southern College (Ala.)-hosted Panther Indoor Ice Breaker was held at the Birmingham Crossplex, one of the nicest indoor facilities in the country, the indoor track and field season can be difficult to train for. Being without their own indoor track, the Eagles practice on the outdoor Woodruff Physical Education (WoodPEC) track as often as possible. When the weather does not permit, as it did not with the snow storms last year, the teams improvise.

“I don’t see it as a hindrance in a big way,” Curtain said. “We run parking lot towers. We’ll get on the indoor running track.”

Training is made all the more difficult when athletes return home to cold areas for winter break.

“I’ve had a kid run intervals in a mall early in the morning or run hallways in hotels,” Curtin said. “They might shovel off [snow in] one lane of their high school track.”

Measuring up against D-I opponents was important for the Eagles, as the University Athletic Association (UAA) is one of the strongest D-III conferences in the country.

“The UAA is possibly the best distance running conference in the country,” Curtin said. “It’s not as deep in track and field [as in cross country], but still high-level performance. At the top of every category, there is a national caliber athlete.”

The Eagles will return to action after break on Jan. 10, 2015 with the Orange and Purple Classic at Clemson University (S.C.), a meet which Curtin feels confident going into after last Friday.

“I was totally blown away by some of what we saw,” he said. 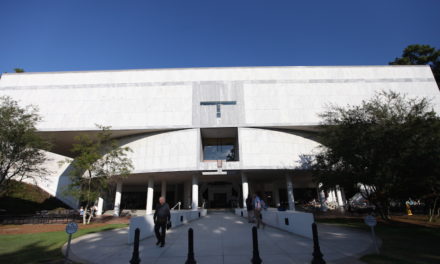 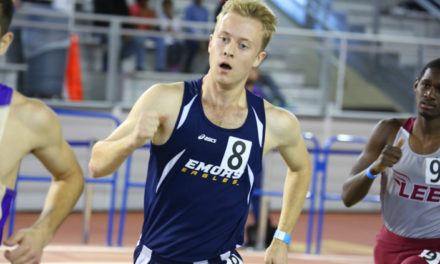