Eagles Roll Past Lagrange, 3-0 On the Season 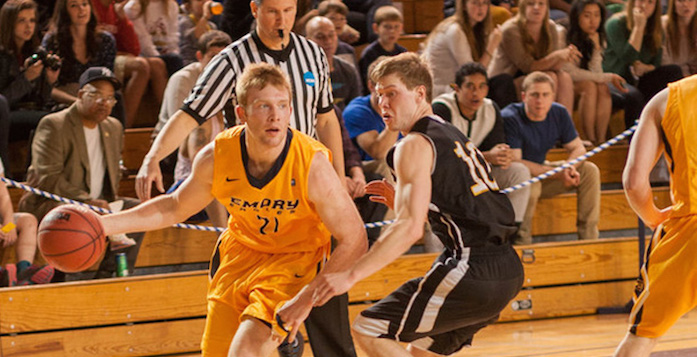 The men’s basketball team continued their winning streak with a 65-52 topping of LaGrange College (Ga.) last Saturday. The Eagles’ win improves their record to 3-0 on the season.

“He was just hot,” Foster said about Trawick’s breakout game. “They were doing all they could to stop him. He was making some great shots.”

Trawick attributes his successful game to his taking advantage of recent practices.

“I had a shaky preseason,” Trawick admits. “I’ve been practicing really hard to become more consistent. I haven’t had a game like that in the college level.”

While the Eagles had a solid game offensively, they continued to fall short of their high defensive standards.

“We weren’t rebounding well and had too many turnovers,” Zimmerman said.

The game was one of the more festive of the year, with many parents of the athletes coming to the game.

“We had a big team meal together. It was a fun time having all of your families around to see you play,” Foster said. “It was a really fun environment.”