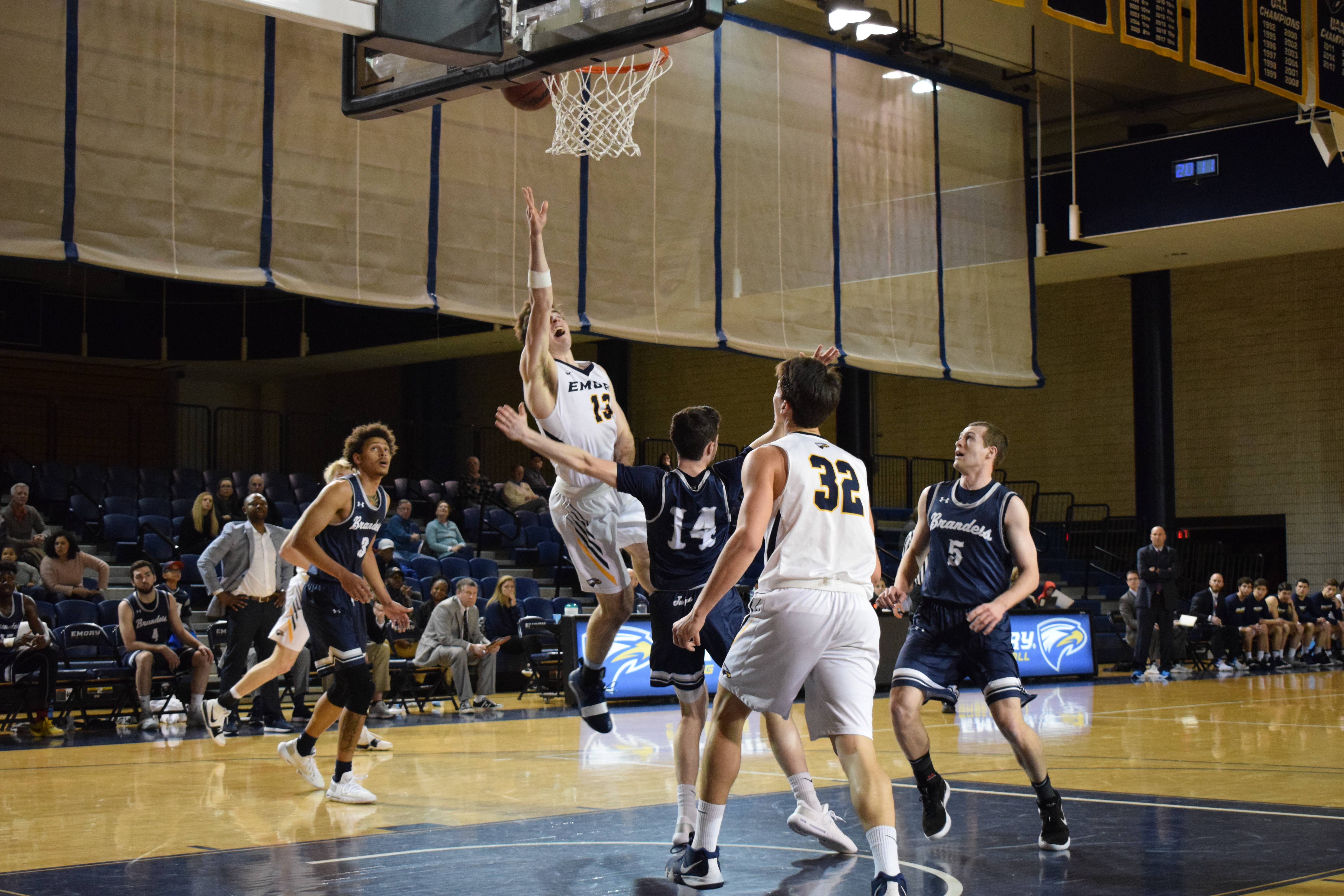 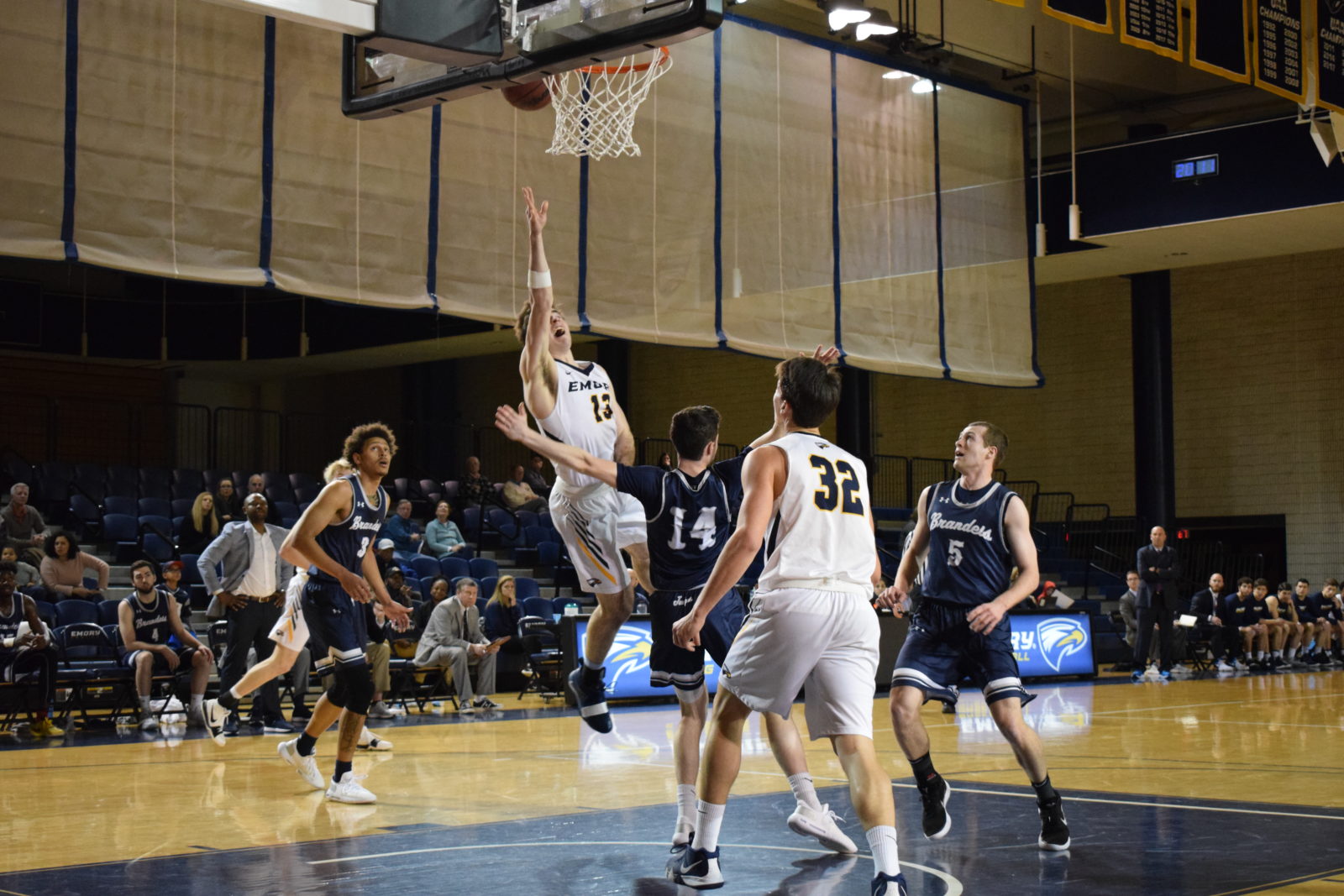 Sophomore guard Nick Stuck drives to the hoop in a game against Brandeis University (Mass.) on Jan. 25./Harry Zhang, Contributing

The Eagles’ game on Jan. 25 against Brandeis was the 12th time the team scored more than 90 points in a game this season. Emory defeated Brandeis by a score of 92-59.

Head Coach Jason Zimmerman’s balanced offensive attack dictated the pace of the game. Sophomore guard Matthew Shner and sophomore forward Matt Davet led the game with 16 points apiece. Sophomore guard Romin Williams also entered the scoring action, shooting four of 10 from the field, and contributing 12 points total to go along with the team’s 13 of 29 shooting from beyond the three-point arc.

The Eagles carried that momentum into their game on Jan. 27 against New York University (NYU), winning 97-75 and bringing their record to 14-4 overall.

While the Eagle’s offense is off to a hot start, Zimmerman believes the team’s defense isn’t far behind.

“We allowed a guy from NYU to have 37 [points], but I believe he had to work for those,” Zimmerman said. “Defensively, the attention to detail is getting better, [and] the scouting report is getting better.”

Against NYU, Williams led the team in scoring with 23 points, along with Schner’s eight rebounds and sophomore guard Nick Stuck’s eight assists. Schner was not to be outdone in scoring either, putting up 17 points to match fellow sophomore Lawrence Rowley’s point total. Sophomore forward Clay Washburn and Davet joined the double-digit scoring club that night, putting up 11 and 16 points, respectively.

Zimmerman said that while he is proud of the team’s success so far, his immediate focus is on the next game.

“More importantly than [the NCAA tournament] is Friday night,” Zimmerman said. “How are we gonna beat Brandeis on Friday night [Feb. 1]? We played very well [last] Friday here, [but] … we need to continue to grow and get better.”

The student athletes’ workload will also increase now that spring classes are beginning to pick up. The team faces the challenge of staying focused on basketball while also keeping themselves academically successful.

“Our guys take real pride in being committed to what we’re doing and they care about Emory basketball,” Zimmerman said. “There’s that narrative we create of getting better every practice [and] every game, but it really comes from them … Everyone on the team is striving for excellence.”

The Eagles return to action on Feb. 1 when they travel to Brandeis for a rematch of their Jan. 25 game.