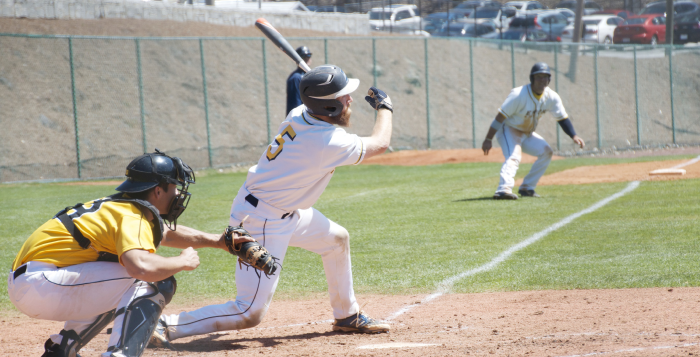 The baseball team beat LaGrange College Wednesday night in a game initially scheduled for Tuesday but postponed due to anticipated bad weather. The Eagles seemed to be unaffected by the postponement and beat their hosts 13-1 in a dominant performance.

The win marked Emory’s 26th of the season, a mark that is the team’s highest since 2007. Emory’s offensive output of 13 runs was the 15th time the Eagles have been in double figures this season, a statistic made even more impressive given that the team has only played 36 games.

With Wednesday’s victory against LaGrange, the Eagles have beaten the last seven Division III opponents they have faced.

Emory got off to a quick start in the first inning and loaded the bases for senior catcher Jared Welch, who hit a three RBI double with two outs. The three runs batted in moved Welch’s tally to 26 in his final season.

Senior Brandon Hannon scored in the third inning off of a single by junior Brett Lake, who was promptly knocked in on a double from senior Daniel Iturrey.

Freshman Philip Maldari reached on an error to drive in Iturrey, and the inning was capped at four runs when Maldari scored on junior Jordan Selbach’s double.

Hannon earned his fourth walk of the day in the fifth inning, resulting in a run because of loaded bases. Lake was hit by a pitch in the following at bat, leading to another run.

The Eagles took a 9-0 lead into the sixth inning. Selbach came up big again, this time driving in junior Wes Peacock with a two out double, to bring the Eagles into double digits.

In the next inning, Hannon scored yet again off of a single from Iturrey before Peacock hit his fourth home run of the season. Peacock’s four home runs tie him with Lake for the team high.

After 13 unanswered runs, the Eagles gave up an unearned run in the bottom of the seventh inning. The final two innings would be scoreless.

Freshman Jackson Weeg was given the nod as starter against LaGrange and was credited with the win, the third of his Emory career. Weeg pitched fantastically, retiring the first eight batters he faced.

The lefty’s six shutout innings saw him allow only four hits and a solitary walk.

Weeg escaped a sticky situation in the bottom of the fourth inning, as LaGrange loaded the bases with one out, but would safely end the inning with two strikeouts. Weeg threw four additional strike outs in the game.

After the win, Weeg’s earned run average is now the lowest on the team at 1.79. Senior Robert Gross, along with juniors Michael Byman and Graham Bloomsmith, would each pitch an inning to close out the game.

Lake continued his impressive season, as he only needs to add nine RBIs to his season 54 to tie the school record. His current tally is the sixth highest in program history.

Hannon also reached sixth on a school record list in this game, as his 52 runs scored this season are also good for sixth in Emory history. Selbach continued his hot streak at the plate and has 13 hits in his last 21 plate appearances.

LaGrange pitcher Justin Yestrumsky was given the loss for LaGrange. With the loss, LaGrange’s record fell to 12-22 on the season.

The game was the first of four in Emory’s final week of the regular season. The Eagles will finish their regular schedule this weekend in Alabama in a weekend series against the Huntingdon College Hawks (Alabama).

The team will certainly be looking to carry momentum from the LaGrange game into their matchup against Huntingdon, and into the postseason. 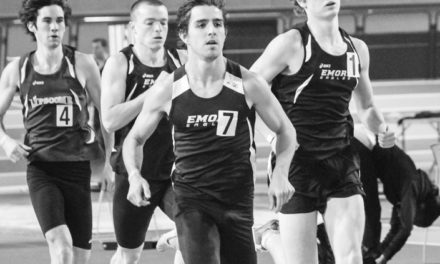 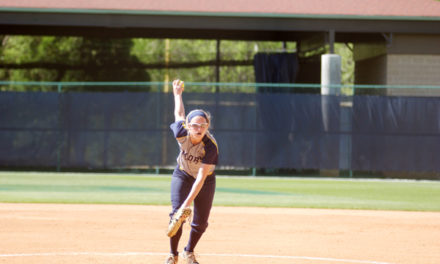