Eagles Bounce Back After Loss

Assistant Coach Barbora Krtickova thought facing opponents from other divisions offered positive experience for the team, despite the split results.

“I think it was good for us to play different divisions,” Krtickova said. “The pace of the match was a little faster. There was always one point that decide[s] whether you are going to lose or win.”

During the match against Georgia State, Sophomores Ysabel Gonzalez-Rico and Defne Olcay opened up doubles with a 6-2 victory. On the second court, freshman Emma Cartledge and senior Daniela Lopez lost to their opponent, 6-4. Sophomore Stephanie Taylor and freshman Christina Watson fought relentlessly against their D-I opponents to notch a 7-5 victory. After winning two out of the three matches, the Eagles earned the doubles point, according to the Division I rules.

In singles, the Eagles won two matches but lost four. After dropping the first set, Gonzalez-Rico overcame some tough moments and finished the match with a 3-6, 6-3, 6-4 victory. Cartledge also lost in her first set, but not one to give up, she continued to fight hard and won the match, 1-6, 6-4, 6-2. Lopez lost in two straight sets, 6-4, 6-1. Olcay played with great energy but lost to her opponent, 6-2, 6-2. Freshman Lauren Yoon was also outperformed by her opponent, 6-0, 6-2. Freshman Jessica Fatemi, after losing the first set, attempted a comeback but unfortunately lost in the last set, 6-1, 4-6, 6-3.

Lopez believed they could improve on some details, especially their techniques.

“We had simple goals before [we] went into the match, which was to carry out those specific techniques we acquired during practicing,” Lopez said. ”We need to improve the technique after the match against Georgia State.”

After suffering their second loss in the spring season, the Eagles did not get discouraged but proved their standing as one of the best teams in the nation with an excellent performance against Columbus State. The Eagles earned the doubles point by winning two matches in second and third doubles. Facing strong opponents, Lopez and Fatemi earned the 7-6 (7-2) win. Watson and Taylor emerged as the winners, 6-4, while Gonzalez-Rico and Olcay had some good volleys but dropped the set, 4-6.

The Eagles carried their momentum into the singles matches. Thanks to several double faults made by her opponent, Lopez collected an easy victory in two straight sets, 6-3, 6-1. Fatemi swept her opponent, 6-1, 6-3.

Gonzalez-Rico faced some difficulties against CSU’s Marleen Tilgner. Gonzalez-Rico kept hitting wide angles, but Tilgner responded with strong  defense. After dropping the first set, Gonzalez-Rico was able to come out on top and earn a 4-6, 6-3, 6-4 victory for her remarkable twelfth, consecutive match win. On the other hand, Olcay had a hard time, losing her match in two sets, 0-6, 4-6. Cartledge and Yoon both lost to their opponents, 3-6, 3-6. Despite the losses, the Eagles carried the day against their D-II opponent.

The Eagles will return to action April 17 against Georgia Gwinnett College. 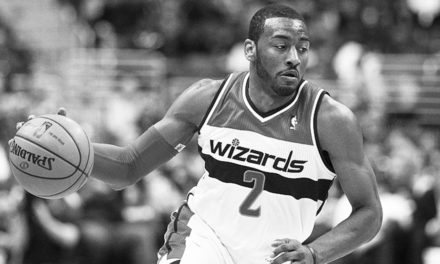 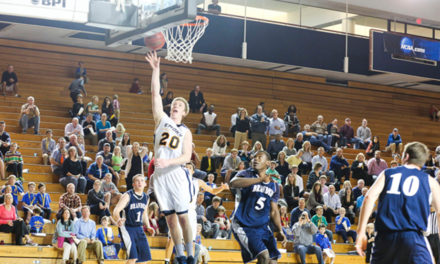