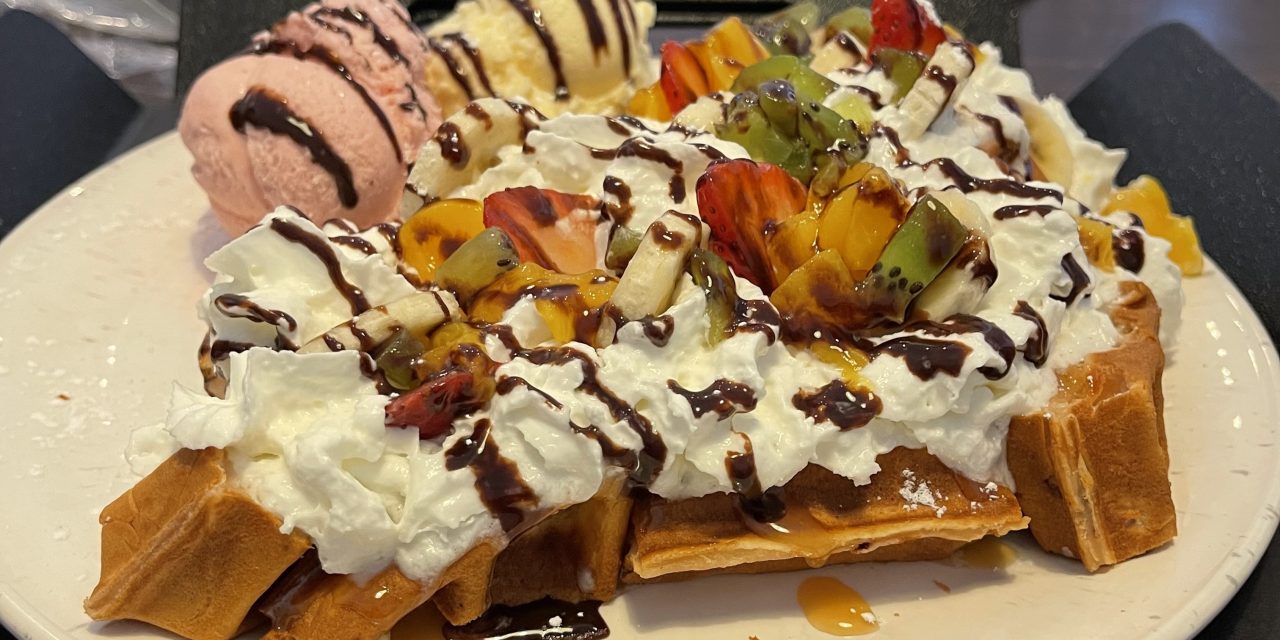 After spending the last two years in the chaos of Atlanta, the fast-paced city life and adjusting to living in the pandemic, I craved suburbia. So, when Brammhi Balarajan (23C) asked me to drive up to Duluth, Georgia with her to see former managing editor Shreya Pabbaraju (21C), I immediately agreed.

Our first stop was Hansel and Gretel, a bakery and cafe, with self-serve pastries and display cabinets filled with layered-desserts and cakes. The store is tucked into the corner of Assi Plaza, with a big, sans-serif display inviting us in. The layout of the store embodied an open concept, with booths lining the outside and smaller tables in neat rows in the middle.

I beelined toward the self-serve station on the far side of the room, where there was an array of breads, savory pastries like pizza toast and desserts ranging from danishes to cream puffs, lined up for the taking. Each piece was delicately wrapped in individual plastic bags. We each grabbed a tray, parchment paper and tongs and wandered around, struggling to decide what to get.

The self-serve line reminded me of BreadTalk in Shanghai, an Asian franchise with over 900 stores in 15 different international markets. The smell of fresh bread and cakes took me back to the vanilla scent and the yeasty aroma wafting through the air when I would pull my mom through the grocery store and ask her to stop by BreadTalk on the way home. Similar to Hansel and Gretel, you serve yourself whatever you want and bring it up to the cashier to pack and take home.

After several minutes of perpetual indecisiveness, I ended up picking up a piece of pizza toast and a hot dog wrapped in brioche bread. A piece of ham was sandwiched between two slices of bread, and on top of it was a melted layer of cheese, green bell peppers, corn and onions, with a drizzle of tomato sauce zig-zagged across the top. The lightly toasted, buttery bread had a crispy crust with a soft interior. The crunchiness of the bell peppers and onions contrasted nicely with the sauce, and the umami flavor of the cheese added to the saltiness and seasoning of the toast.

The moment I bit into the crispy yet moist brioche hot dog, I could tell it was well-proofed and well-fried; the flaky sea salt on the bread added to the flavor. The cross-section of the dough was laminated and soft. My only complaint would be the skewer in the middle, which made it difficult to get a full bite with both bread and hot dog inside. Beyond that, the hot dog was the perfect balance of savory and sweet, reminiscent of my middle school lunches when my friends and I doused corn dogs in mayo.

After devouring my two treats, we walked across the Plaza into Arte 3, a coffee shop with Korean-inspired desserts and coffee. The layout of Arte 3 was quaint: the walls were lined with green plants and contrasted by white-brick booths for patrons to sit and chat while still maintaining privacy.

Craving caffeine, I ordered a Korean iced coffee and shared a fruit and chocolate waffle with Pabbaraju and Balarajan. 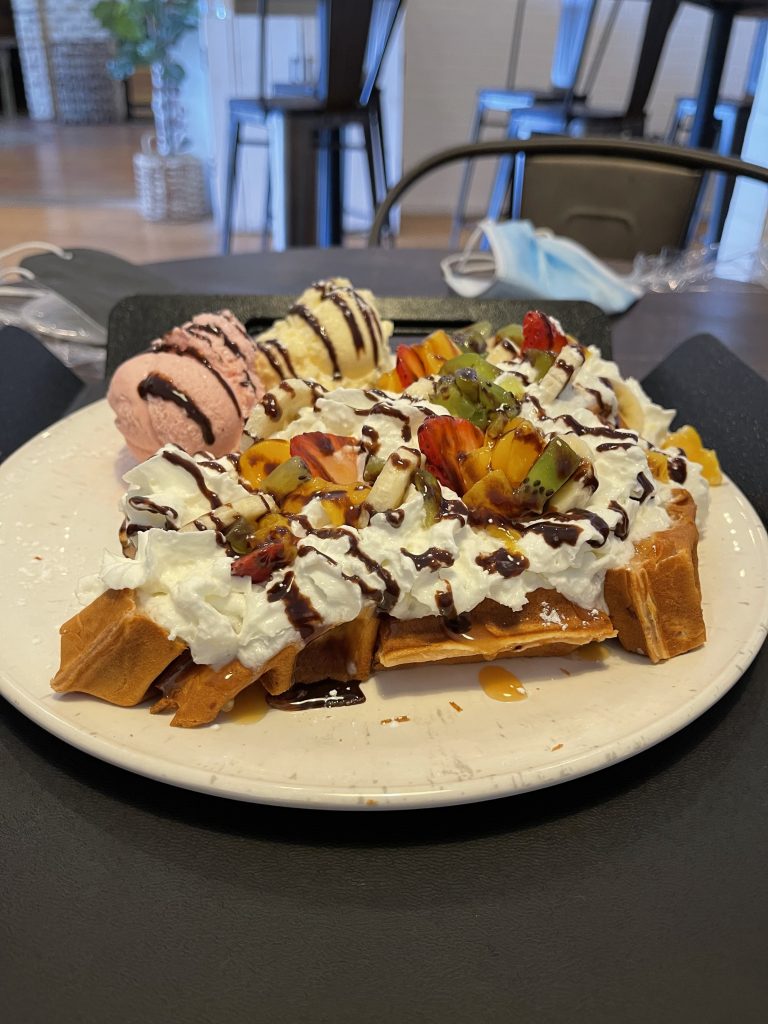 A fruit and chocolate waffle from Arte 3. (The Emory Wheel/Sophia Ling)

For five dollars, the iced coffee from Arte 3 offered far better quantity and quality than a Kaldi’s latte. Topped with whipped cream, chocolate sauce, strawberries, mangoes and kiwis and presented with two scoops of vanilla and strawberry ice cream, the waffles were a huge indulgence and a must-try. The addition of the fruit mellowed out the intense sweetness of the ice cream and chocolate, but the serving size was definitely enough for at least two or three people to share.

Assi Plaza in Duluth is a suburban gem and only a 30-minute drive away. Though that might seem far, it takes about the same time to get to Midtown during rush hour traffic, and people still shell out Uber money to make that trip.

In the Plaza, the rows of parking spaces are neatly arranged to take up as much space as possible, and two cars can easily pass side by side. In true suburban fashion, the parking lot is the main attraction, and the stores are just side pieces.

The Plaza is a hub for vibrant and authentic Asian cuisine, first opening in 1993 with the mission of offering a “taste of home” for Asian immigrants. To see an almost all Asian staff behind the windows of restaurants and grocery stores was comforting. Perhaps to people like me, whose three-person family is somehow scattered in three different places halfway across the world, it brought up a sense of food nostalgia — the nonverbal, emotional deja vu that is deeply touching and a profound connection to my identity.