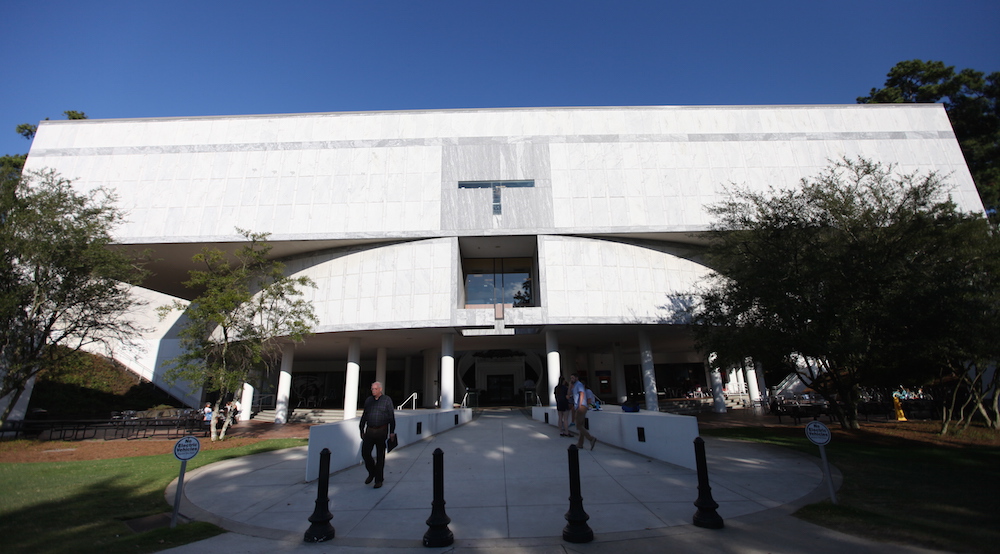 The Dobbs Market at the Dobbs University Center (DUC), unarguably a staple of freshman and sophomore livelihood, offers meals to the hundreds of students that circle its kitchen daily. Whether students trek up the windy staircase a few times a week or three times a day, a routine is established when assembling meals at the DUC.

Many have little to no desire to vary their eating propensities, having the same sandwich or creating a similar salad every day. James Jordano, a College freshman with severe lactose intolerance, assembles the same plate every weekday. When asked how he locked himself into a routine, Jordano responded that “the DUC is set up so that there are a few stations with full meals, but no variety to those meals” and that it is “basically all or nothing.”

Several clever students take the dining hall experience as a challenge: bringing water bottles to fill with milk to bring back to their personal refrigerators, sporting handfuls of bananas and apples on the trek back to their dorm room, even carrying their own Tupperware to assemble a second meal for later.

Many like to take their creativity to their trays, assembling foods from different stations to consume exactly what they desire. College freshman Emily Yaeger-Rood, a regular dining hall attendee, finds joy in creating texturally varied desserts.  “I combine desserts,” Emily said. “I put cake, ice cream and bananas together,” a DUC version of a banana split.

Over the past year, with help from friends, I have compiled a list of DUC hacks that will hopefully broaden the palate of Emory underclassmen, organized according to relative simplicity.

Root beer float: a classic end-of-the-meal treat. An appropriate amount of ice cream meets the bottom of a plastic cup, and then showered with root beer. Not a fan of root beer? The Coke float is a tasty alternative.

Grilled chicken: the diverse and reliable protein. Salads, soups, pastas and even pizzas can be transformed into full-bodied dishes with self-sliced chicken breast from the grill, providing energy to get through the day.

Quesadilla: a hidden jewel. At the sandwich line, a tortilla normally used for wraps can be used to create a southwestern delicacy, if you ask kindly. Different meats, cheeses and condiments at the station offer hundreds of combinations.

Cheese meets microwave: a transformative pairing. Fries from the grill or a side of potatoes mixed with scoops of cheese from the salad bar make for a gooey indulgence after a 60 second trip to the microwave.

Homemade hummus: an original undertaking. Hummus at the vegan station out? When desperate, fork-smashed chickpeas with olive oil from the salad bar make a fresh alternative.

Unheard of, but Possible

Pizza bagel: complicated but texturally satisfying. A toasted bagel with vegan marinara sauce and cheese from the salad bar after a 75 second spin in the microwave makes for a hearty bite.

Last-resort sandwich: the ultimate control in assembling. Sandwiches are one of the most customizable meals that the DUC offers, but the line is seldom short. Creating your own sandwich with toasted bread, chicken from the grill, cheese and veggies from the salad bar, hummus from the vegan station and salad dressing may be an experiment worth trying.

Cinnamon sugar tortilla: an unseen (and improbable) delight. Begging may be involved in getting handed a plain tortilla from the sandwich line but, if retrieved, it can be the base for a mouth-watering dessert. Cinnamon and sugar from the coffee station mixed with butter and a short microwave time make for a head-turning creation.

There are hidden bread rolls that many overlook, tucked in the corner between the sandwich station and the vegan soup station. Included in the bread baskets are medium-sized baguettes that are up for grabs.

Not enough flavor? A simple squeeze from a lemon wedge found at the tea station can add depth to a dish.