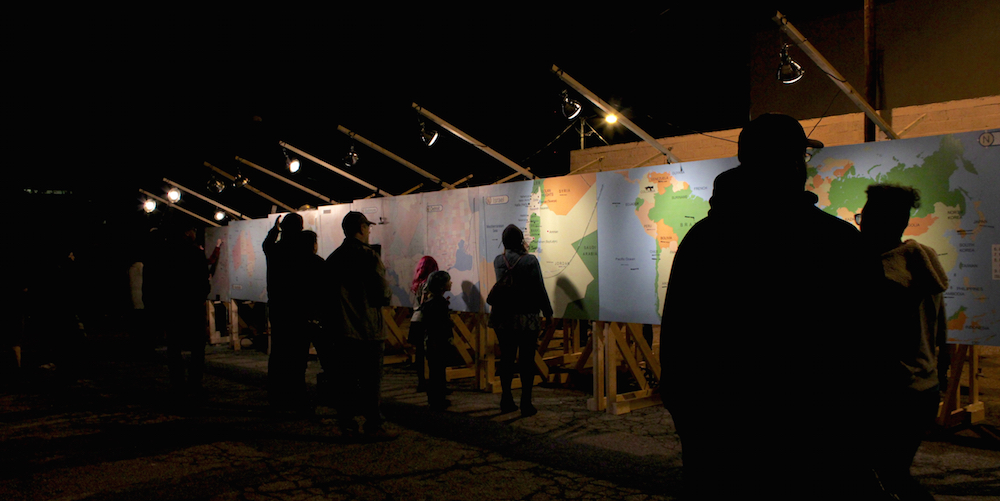 The fourth iteration of “Flux Night,” a one night only public art exhibition, took over the streets of the historic Old Fourth Ward and Martin Luther King, Jr. National Historic Site on Saturday, Nov. 7. Curated by Nato Thompson, this year’s theme was Dream.

Scattered throughout the streets of the Old Fourth Ward, many of the exhibitions were hosted near locations that are significant to the legacy of Martin Luther King, Jr.

“It’s pretty wild that you have Martin Luther King, Jr. and Coretta Scott King buried [here],” Thompson said. “You have the Ebenezer Baptist Church, where he gave sermons with his father, and then you have his family home, all within a block and a half [of one another].”

Martin Luther King, Jr. performer Stephon Ferguson gave powerful renditions of King’s famous “I Have A Dream” speech across the street from the Ebenezer Baptist Church, where King preached with his father. Artist Jessica Scott-Felder placed the Spelman College Glee Club in the backyard of King’s childhood home, invoking the memories of Spelman students’ involvement with the Civil Rights Movement in the mid-1960s. And in the midst of all of the installations was The King Center, where King’s tomb is placed in the middle of the Reflecting Pond.

Despite being postponed since 2014 (then postponed again from October 2015 to November 2015), Flux Night 2015: Dream took advantage of the setback in order to address the many tragic acts of violence against black Americans this past year.

Perhaps one of the most powerful elements of the night was the opportunity for audience participation. While not all of the exhibits actively engaged the audience, the ones that did created conversations about race, inequality and hope (given the current political and social climate) in America.

One such exhibit was Yoko Ono’s Imagine Peace Maps, where audience members could stamp “Imagine Peace” in black ink onto one of many maps mounted on wood. Included in the exhibit were maps of North America, Asia, the Southeast and even Georgia. Many people walked up to multiple maps, stamping them in several different places.

While walking the streets of Old Fourth Ward that night, one could often overhear conversations about what the exhibits meant on a personal level, on a national level and even on a global level. 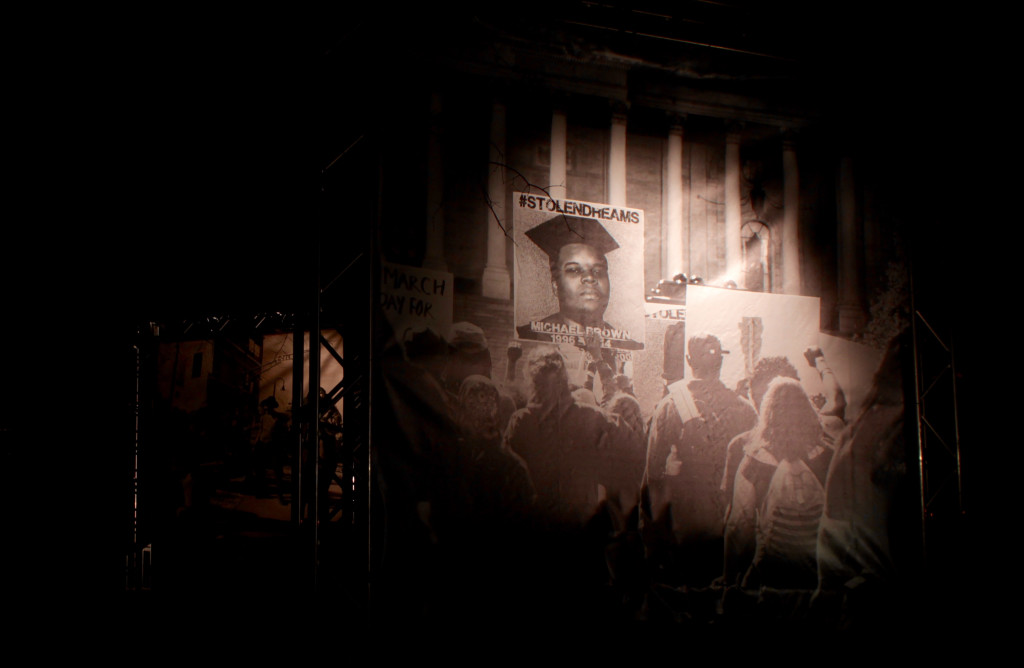 And perhaps this was the most important part of Flux Night — the conversations fostered through the installation of art spoke to current social issues in the midst of a location important to the history of the civil rights movement.

“Black Lives Matter hadn’t actually kicked off as much as it has in the last year when we [first] talked about [planning Flux Night],” Thompson said. “But certainly that gives [Flux Night] a lot more dimension and space to think through.”

In this aspect, Flux Night succeeded: it created dialogue in the streets of Old Fourth Ward.

“The show is called Dream and to quote Reverend Martin Luther King, Jr., ‘only in the darkness, can you see the stars.’” Thompson wrote in the essay “Perhaps Words Fail Us” in anticipation of this year’s Flux Night. “Yes, this is an art show about dreams, but you have to, at first, appreciate the nightmare.”

The installations also incorporated the theme of the past and future, giving the audience the chance to reflect critically about how they could engage with social justice issues. In the middle of a series of photos by Sheila Pree Bright titled 1960Now: Atlanta, Baltimore, Ferguson & Washington D.C. stood a long blackboard which posed the question: #BringIt1960Now — what will you do? Surrounded by powerful black and white photos of protesters in the aforementioned cities, audience members wrote answers such as “get educated,” “act purposefully” and “listen.” 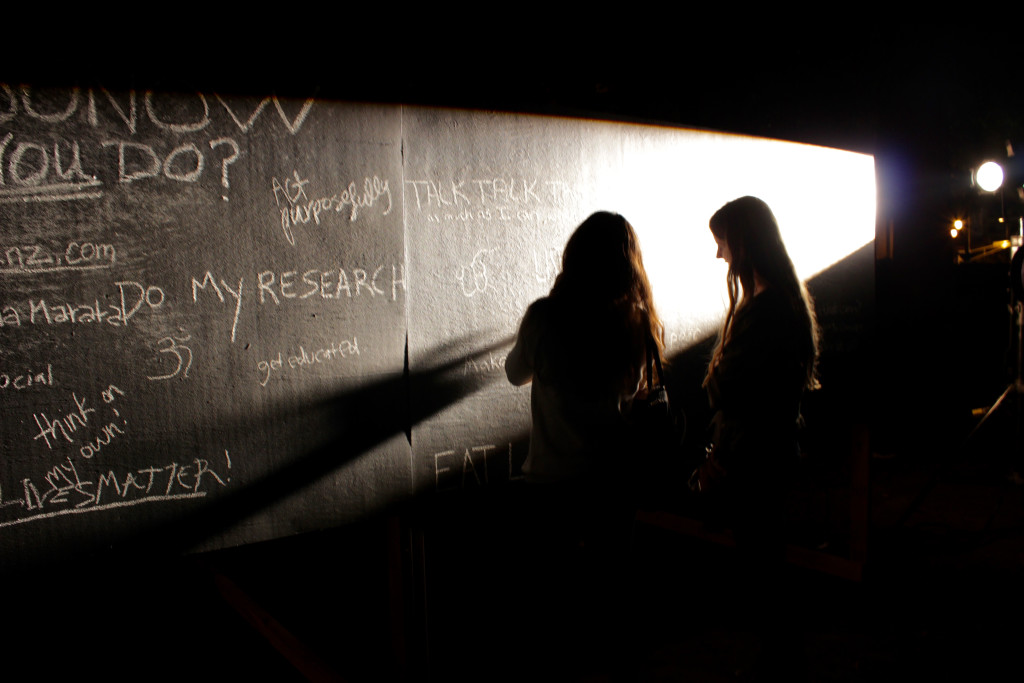 “Dream is not about healing, it is literally about dreaming,” Thompson wrote. “About making new worlds. About facing the realities of our oppressions so that a city can be built that accounts for the collective dreams of desire, love and justice. It brings us together and harkens new futures for us to witness.”

And such dreams, such art, can easily, and should be, integrated into the conversations about political and social justice — conversations which should address how we live our lives every day, according to Thompson.

“And yes, it is a festival,” Thompson wrote of Flux Night. “Because of course, dreaming is best done in public.”