On Oct. 5, President Donald Trump returned to the White House after a three-day hospitalization at Walter Reed National Military Medical Center. Seemingly unbothered by his recent COVID-19 diagnosis, he quickly removed his mask to film a video outside the Oval Office. In this address, he stated, “the vaccines are coming momentarily,” undermining the severity of the virus, the importance of social distancing and mask-use protocol, as addressed in an order by  D.C. Mayor Muriel Bowser.

In recent months, Trump has pressured several drug-makers — particularly Pfizer — to quickly disseminate their vaccines before Election Day. As Trump continues to push his lofty political agenda, many health officials caution that Americans won’t have access to a safe vaccine until mid-2021. Trump’s unnecessary politicization of vaccine development and refusal to accept blame for his failed approach to COVID-19 not only poses an imminent threat to the American public but also potentially jeopardizes the entire vaccine landscape. As Americans, it is our responsibility to follow current public health and government guidelines until a safe vaccine is released.

On Oct. 5, top White House officials also blocked new Food and Drug Administration (FDA) guidelines for the emergency authorization of a COVID-19 vaccine, which had almost guaranteed that no vaccine would be approved before Election Day. The documents recommended researchers follow clinical trial participants for a median of two months after their final dose before seeking FDA approval. In light of the White House’s objection, the FDA is exploring new avenues for the safe release of a vaccine, including the clear establishment of standards for a new vaccine, such as three rounds of clinical trials and quality control after vaccine licensing and approval. Trump called the FDA’s regulatory action “a political move more than anything else.” The White House’s public attempts to muzzle its own agencies have sown confusion and distrust among the American public.

A Pew Research Center survey published in September found that 51% of Americans either “would definitely or probably get a vaccine to prevent COVID-19 if it were available today.” In May, this figure stood at 72%. Some of this variation is attributable to political affiliation; in a poll released this month, 60% of Biden supporters responded that they would get vaccinated, while only 41% of Trump supporters would. 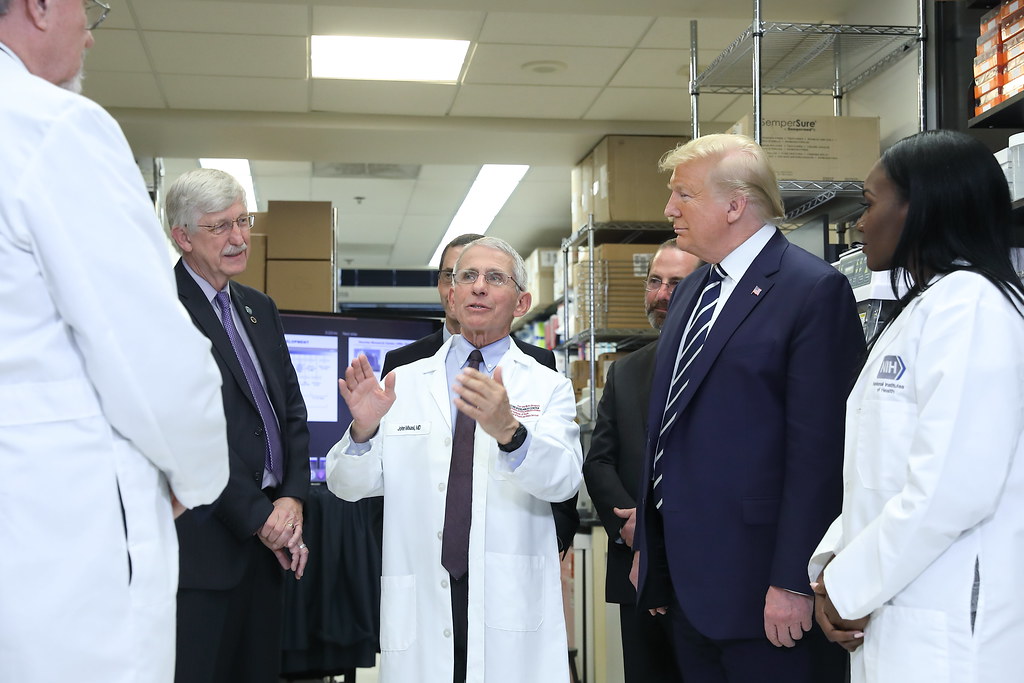 Prioritizing politics over objective scientific research is extremely dangerous. However, health experts strongly encourage Americans to get vaccinated in order to achieve herd immunity: an epidemiological principle referring to a disease’s tendency to die out once a certain proportion of a population becomes immune. Regardless of your political beliefs, we must coalesce around the safest solution to COVID-19 and give ourselves a real chance at returning to normalcy. As our president spreads misinformation, I implore you to seek the truth. Vaccines are an incredibly useful tool in the prevention of infectious disease, and the responsibility falls on us, as Americans, to listen to science and keep our country safe.

At his Oct. 22 debate with former Vice President Joe Biden, Trump argued that the virus was “going away” and that “this is a massive country” that must reopen to prevent further damage to its “massive economy.” Trump also proclaimed: “now they say I am immune — whether it’s four months or a lifetime … I’m immune.”

However, the Center for Disease Control and Prevention encourages the American public to remember that “natural immunity [obtained as a result of] COVID-19 [recovery] may not last very long, and more studies are needed to better understand this.”

Biden, on the other hand, demanded that the science behind a vaccine must be transparent and available to the American public. He also committed to impose additional lockdowns, if necessary, to curb the spread of COVID-19. When Trump claimed that “[Americans] are learning to live with [COVID-19], Biden retorted: “Come on. We’re dying with it.”

It’s imperative that we support politicians who understand science and value truth. For the sake of our health, our economy and our future, listen to the voices you can trust and get a vaccine when it is available and safe to do so. If you are unable to receive the vaccine due to an allergy, a severely weakened immune system or another underlying medical condition, encourage your networks to get vaccinated and keep you safe. Until then, please do your part to keep us safe by wearing masks, practicing social distancing and following public health and government guidelines. This virus isn’t going away anytime soon.