In the 2009 American Religious Identification (ARI) Survey, 15 percent of Americans identified themselves as non-religious, nearly double the number of 20 years ago. The statistic quickly jumps when surveying those between the ages of 18-29, where over one-third identified without a professed faith.

For most of its short history, the rise of the “Nones” has generally been confined to the Pacific Northwest, where for years geography and history slowed the emergence of a grassroots religious stronghold.

Yet, the 2009 ARI Survey unveiled a shift in the growing secular trend: the Northeast has now emerged as the stronghold for America’s unbelievers. The ancient bedrock of America’s religious foundation began to crumble.

In response to this momentous revelation, Albert Mohler Jr., president of the Southern Baptist Theological Seminary lamented, “A remarkable culture-shift has taken place around us. The most basic contours of American culture have been radically altered. The so-called Judeo-Christian consensus of the last millennium has given way to a post-modern, post-Christian, post-Western cultural crisis which threatens the very heart of our culture.”

So the question lies: have the majority of Americans forsaken god?

There is no question in my mind that America was once a Christendom, North America being “God’s continent.” Yet, for the past six decades, America has been on an inexorable road; the statistics show that America is indeed growing less Christian and less religious.

When surveyed, seven out of 10 Americans still identified themselves as “Christian.” Yet, a large minority (30 percent) reported that they did not attend a church service in the past 12 months or open the Bible in the past seven days.

Since 1990, the number of Christians in the U.S. has declined by 10 percent while the number of people describing themselves as atheists or agnostics has quadrupled. The latest hope that the Great Recession and the weak economy would drive people back into the pews has not panned out.

Instead, America continues to march slowly and steadfastly into a secular maw. Even the staunchest of Christians, like Mohler, are hearing whispers of a post-Christian world in their congregation.

The majority of Americans now agree that religious influence is in decline, but does that mean America will enter an age of muscular, wieldy secularism?

Not in the least. Despite the growing secular trend, the U.S. remains and will continue to be one of the most religious – and Christian – nations in the world. The largest shares of the world’s Christians (11 percent) live here, and the public confession of faith by our leaders is still viewed positively by the majority of the public. Religiosity is cooling, but from a state of tectonic fire. America’s religious lava has yet to congeal.

The Northeast’s secular shift is startling, but it is not the death toll of Christianity in America.

But in such lean times, many Christians ask whether or not this is an irreversible trend. I would tend to disagree. The growing “post-Christianism” has been due to more apathy than antipathy.

I do not believe that the “Nones” are dismissive of God or hateful of religion, but I do believe that people, especially young people, are reluctant to embrace religion because of some of the negative connotations that come with it.

The majority of non-theists are not antithetical to the idea of a personal faith, but resistant to the social constructions that come with it.

It’s more convenient to not bind ourselves to a cultural or denominational sticker and instead opt to be unaffiliated than be stereotyped. People tend to argue they are more spiritual than they are religious. Such an argument strikes at the heart of what is a general trepidation about assuming any religion in this country, particularly Christianity, with all its blessings and all its baggage.

This stance suggests that people want spirituality (hope, peace, mysticism) but don’t want to submit themselves to a binding authority.

When considering the history of Christianity throughout the past one thousand years, it seems that what we deem as “post-Christian,” and this general loss of faith, may actually be the doorway for the emergence of a new strand of Christianity.

This Christianity is one that is less evangelical, less Pentecostal and less political. For far too long the stereotype of Christianity has been a pigeonholed story of sin and salvation, of either being saved or damned.

Changes should be made if Christians want to broaden their appeal.

Preachers should not be dual politicians, or vice versa.

Pastors are best when left at the pulpit, not the podium.

Social conservatives must accept that some issues are better left in the public sphere. Evangelicals must acknowledge that many of us have put too much trust in politics to solve our woes and concerns.

Some issues are trans-political and are best dealt with within a community, between church and congregant, between ourselves. As Solomon admonished, “Do not put your trust in princes” (Psalm 146: 3).

Our politics are strained and impassioned enough without the need to compel our own religious adherence through political artillery. It is one thing for a nation to be Christian and another for its people to be Christian.

I still have hope and like its founder, Christianity has resurrected itself many times, and the believers of Christ have walked the earth for over two thousand years. Christianity will continue to be the synthesis religion it has historically always been. “Post-Christian” is not the absence of faith nor the extinction of Christianity but a consequence of an evolving society.

Even the most conservative strand of Christianity today is different from the Christianity of the Romans, of the Crusaders and of the first Calvinists. As a new generation of adherents take the helm, change will undoubtedly come – slowly, but surely.

After all, Christianity’s ability to adapt and absorb different followers across cultures and time periods is what has allowed the faith to endure for so long.

It has adapted, and by doing so survived, prospered and expanded.

Humanity, least of all the United States of America, is far from living in a post-Christian vacuum.

To be “post-Christian” in America today may simply mean passing a juncture, when religion is only temporally irrelevant.

Doo Lee is a College sophomore from Suwanee, Georgia. 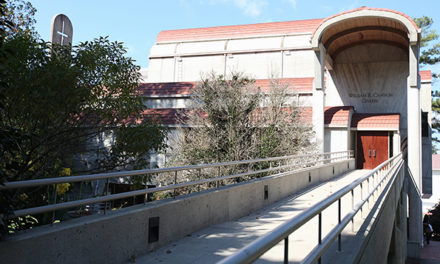