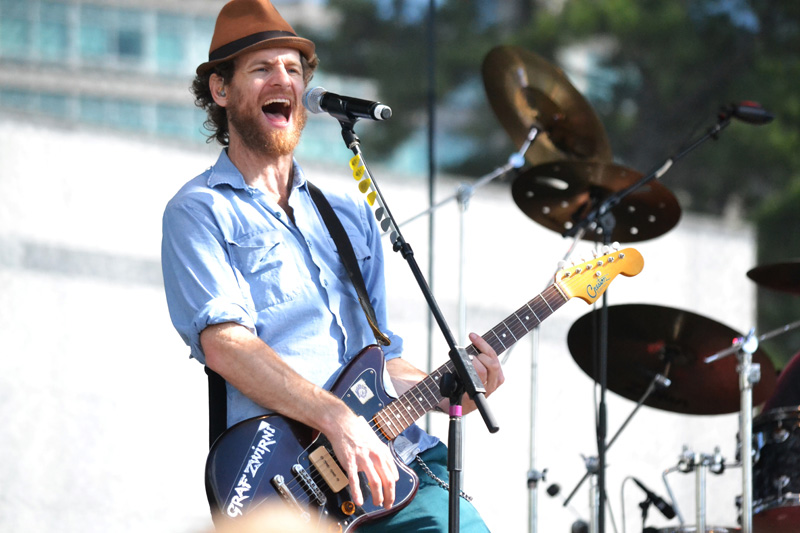 SPC estimates that more than 2,500 alumni and students attended the concert, according to College senior and SPC Homecoming Co-Chair Chris Alfonso.

The band, most recognized for its song “The General,” entertained students and alumni for more than two hours with songs such as “Elias,” “Two Coins” and “Bang, Bang.”

Many students said they feel the group put together a great performance.

“I thought they were so good live, and they seemed really excited to perform at Emory,” Lerner said. “I was also really happy they ended up playing ‘The General.'”

“Everything went really well; there were no hiccups throughout the week,” Alfonso said. “SPC was able to get everything set up on time and doors opened on schedule for the events.”

During the concert, the band members engaged with the audience commenting on the unique nature of Emory.

At one point, Corrigan commented that it’s “pretty cool” that Emory has a “rock venue” in the middle of campus.

Urmstom then took a second to acknowledge the freshmen in the crowd.

“I’d like to make a shout out to all the freshmen here,” Urmston said. “You picked a great place to spend the next couple of years.”

During the concert, the band offered students a limited number of free Dispatch CDs.

Students ran from the stage to a booth at the back of the field to grab them.

“I’ve never seen so many people run away from the stage,” Corrigan said.

“I think this week was the start of a wonderful tradition that students and alumni could enjoy for years to come,” London wrote in an email to the Wheel. “It also illustrated how SPC is constantly growing and setting the bar higher each year.”

The band Dispatch formed in 1996 and remained together for a six years.

The group announced a hiatus in 2002 that lasted almost a decade.

The band reunited in 2011, at which time they announced a national tour.

Dispatch was a popular group in the 1990s until they went their separate ways, London said in a Sept. 6 Wheel article.

She added that the band slightly changed the kind of music they played and became more popular among a new generation of college students.

“All of my camp dreams have come true,” College junior Evan Seti said. “I’ve been listening to them since I was young, and I finally got to see them live.”