Discrimination Is a Reality at Emory 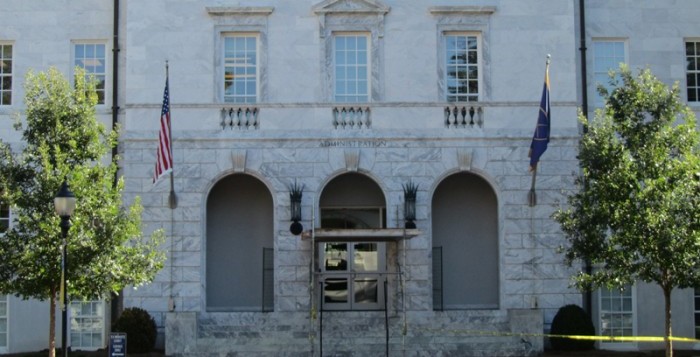 Before I begin, I would like to give a disclaimer: in no way am I minimizing the seriousness of the anti-Semitic act that occurred on campus on Oct. 5. The act was heinous and totally unacceptable. The perpetrators need to be found and receive a proper punishment; however, the act comes as no surprise. Racism and prejudice against those who are commonly defined as “other” is not new to the Emory community. In fact, it is quite common.

But a bigger issue is how we, as a community, respond to the hate that we witness and experience. After the huge outcry for solidarity following the swastika incident, it has been made clear that discrimination is only unacceptable when it is against certain people. It is clear that at Emory, only certain people matter to the greater community. The response to this recent event has showcased ways in which Emory responds and does not respond to forms of hate.

By all means, we should stand in solidarity for humanity. No group should be discriminated against, and no group’s history should be made into a sickening joke by those who are ignorant. But why is there a community outcry for this incident and not for others?

Where was the solidarity when chattel slavery and the oppression and dehumanization of black Americans was essentially minimized by a comment made by Emory President James W. Wagner stating that the Three-Fifths Compromise was used as an example of a good compromise? When this incident occurred, a majority of the response came from members of Emory’s black community. There was neither solidarity nor support from the Emory community as a whole.

Although the students working with the show issued an apology days after the incident, there was not as much community outcry as a result of this incident. President Wagner did not write a letter apologizing to the black community at Emory because of this event.

When students discuss professors referring to Asians as “orientals,” it is ignored. When students make ignorant comments about those of Middle Eastern descent, it is overlooked. Issues that affect people of Latin American descent, Native Americans and other ethnic and racial groups are not often openly discussed either.

Why doesn’t this “solidarity” and disgust for discrimination extend to all people of the Emory community? Why do certain groups deserve a larger platform for their plight than others? These are questions that need answers. It seems that many people are shocked by this terrible incident, but what I do not understand is why they are shocked.

The exploitation of marginalized peoples is the reason institutions like Emory could be founded in the first place. So why are we shocked when discrimination occurs? Are we shocked because it occurred against white people? I ask this because it seems that we are blind, deaf and numb when it occurs against everyone else.

It is disappointing that a group of white people have to be discriminated against for people to open their eyes and realize that prejudice exists at Emory. We allow anti-blackness to run rampant, but we are asked to stand in solidarity with AEPi and Emory’s Jewish community, although I am not convinced the same would be done for us if the situation was reversed.

We are asked to take a back seat to incidents like this in order to not be viewed as “self-righteous” people who constantly ask white people to check their privilege. When incidents occur when young black men – such as Michael Brown, Trayvon Martin, Jordan Davis, Oscar Grant and John Crawford III – are murdered (modern day lynching considering the circumstances), we are asked to be quiet and not view it as a race issue.

We are constantly asked to view this nation as a “post-racial” society. We are demonized and blamed for these incidents occurring. We must have “done something,” because nobody in 2014 would be so openly bigoted. When blatantly racist cartoons are printed in newspapers such as the Boston Herald, we are asked not to be so sensitive. We are asked to accept the discrimination we face. But when “certain” people are faced with similar treatment, we are asked to stand in solidarity. Is this not an explicit demonstration of white privilege? I believe it is.

I realize that many of the incidents I mentioned were incidents in which black people were the target. This is because I am a black person, and these are the issues that are most known to me; however, that doesn’t mean that the point of this is to say that the black struggle is more important than the struggle of others. The point is that there is only community outrage when white people are targeted and when people of color (all people of color, not just black people) are targeted, we turn a blind eye.

The point is that a conversation about solidarity is well overdue and should’ve happened a long time ago. The point is that it shouldn’t take white people being attacked for this to become a realization.

As a community, if we are going to stand in solidarity, we should do so for all people who face discrimination. We should be outraged by all of these incidents. We should be disgusted that anyone has to deal with prejudice, not only when certain people are the target. We should never overlook what people have to deal with on a daily basis just because we are not directly affected by it.

– By Malika Anderson,  a College junior from Chicago, Illinois.