Despite a Loss to New York, Atlanta United is Fighting Back into Playoff Contention

When Atlanta United hired Frank de Boer as head coach, they gambled. Right now, it looks as though that bet is paying off.

The team hoped that de Boer would rediscover the success he had enjoyed with his former club Ajax, where he won the Dutch league title four times in a row from 2011 until 2014. The embattled Dutchman made world football headlines twice after infamously short tenures with Crystal Palace F.C. and Inter Milan. De Boer endured a similarly torrid start to the 2019 season with Atlanta after failing to win a single game for over one month. However, the Five Stripes are back to winning ways with five consecutive wins and five consecutive shutouts, an MLS record. Despite Atlanta’s narrow 1-0 loss to the New York Red Bulls on May 19, Atlanta has clawed their way back into playoff contention and has renewed hope to defend their MLS Cup.

Atlanta United’s fortunes have changed dramatically since early April. At the start of April, Atlanta had slumped to the bottom of the MLS Eastern Conference, and the team’s attacking reputation crumbled after being the lowest scoring team in the MLS. While Atlanta has not yet matched their goal scoring frequency from 2018, their defense has become impenetrable. Atlanta started the season breaking records for poor offensive displays, but they now hold a new MLS record for most consecutive shutout victories with their five-match streak. Atlanta’s scalps include 1-0 victories over the Colorado Rapids, Orlando City and their most recent win over the Vancouver Whitecaps, along with a 2-0 win over Toronto F.C. and a 3-0 win over Sporting Kansas City.

Defensive consistency has been crucial to Atlanta’s recent success. Though it may not impress the Atlanta fans accustomed to multi-goal score lines, these defensive performances have bailed out Atlanta’s gun-shy offense. The team’s previous results suggested that their porous defense would not be able to support an average offense and low scoring margins, but that has not been the case.

De Boer responded well to criticism of Atlanta’s shaky defense by instilling confidence through the entire team, not just the starting 11. Moreover, de Boer’s defensive organization allows United to sit back when their opponents have possession and avoid exhaustively pressing the opposition, saving precious energy to endure congested game schedules.

“We can dominate games or we can sit a little bit deeper and try to let them make mistakes and then punish them,” de Boer told WSB-TV.

De Boer has called upon numerous players to perform at elite levels on defense, and they have stepped up. The coach opted to rest club captain and defender Michael Parkhurst for the game against Vancouver (unthinkable during former Head Coach Gerardo “Tata” Martino’s reign), and he gave defender Florentin Pogba his first start for Atlanta United. Pogba justified de Boer’s selection, completing 92 percent of his 49 passes and showing composure in possession (possession-passed tactics are central to de Boer’s football philosophy) to dribble out of tight situations when Vancouver pressed Atlanta’s defense.

Additionally, defender Brek Shea has risen to the challenge. His recent performance against Vancouver was hailed by some as his best ever for Atlanta, as he completed four interceptions and earned Man of the Match honors. Also, Brad Guzan has continued to prove his elite status among MLS goalkeepers with his consistency. Guzan has gone 456 minutes without conceding a goal and, at the ripe age of 34, continues to make athletic saves like his full-stretch save versus Orlando City.

De Boer credits the team’s success to camaraderie, chemistry and confidence that has grown over time.

“You can see the confidence is growing, and everyone knows their role,” de Boer said. “They want to work for each other and they understand each other better, and it’s been fun to watch.”

While Atlanta United’s busy match schedule early in the season was most likely a major reason for their dip in form, de Boer has proven that Atlanta now has the endurance to succeed in demanding conditions. Many argued that Atlanta’s early-season failures were due to issues recovering in the short spaces between MLS league games and CONCACAF Champions League games in March. However, de Boer has crafted a resilient Atlanta team, with their recent winning streak taking place during a similarly cramped schedule of four games in only 11 days.

United may celebrate their recent success, but the real test of de Boer’s coaching will come in June. Atlanta will lose star South American players like midfielder Gonzalo “Pity” Martinez and forward Josef Martinez for the 2019 Copa America tournament. In the absence of stars that have been critical for Atlanta’s success, other players will need to step up. De Boer must continue to give the entire squad opportunities to play, and he must continue to develop young talent at a high level, a reputation he obtained with Ajax. Youth players and non-starters must get playing time in order to ensure Atlanta’s depth is tested and ready to perform more consistently.

Importantly, de Boer has to maintain winning momentum despite the recent loss to New York. Atlanta United are not out of the woods yet, only a few points separate Atlanta from eighth place and playoff failure, and another series of losses will derail Atlanta’s playoff chances. But, the promising results indicate that de Boer has finally adapted his tactics to his players’ strengths, and the resulting team chemistry will be invaluable if Atlanta wants to defend their MLS Cup. 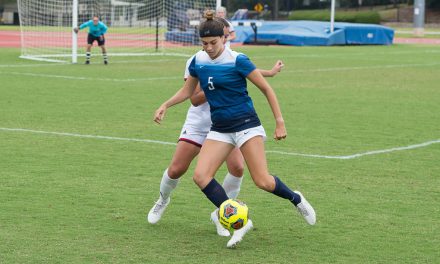 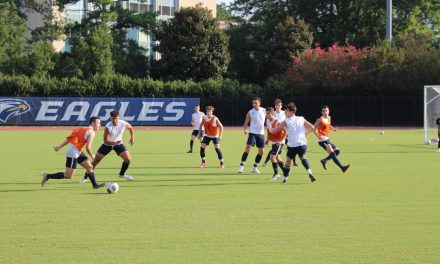 Back on the pitch: Emory soccer prepares for first home game in over a year