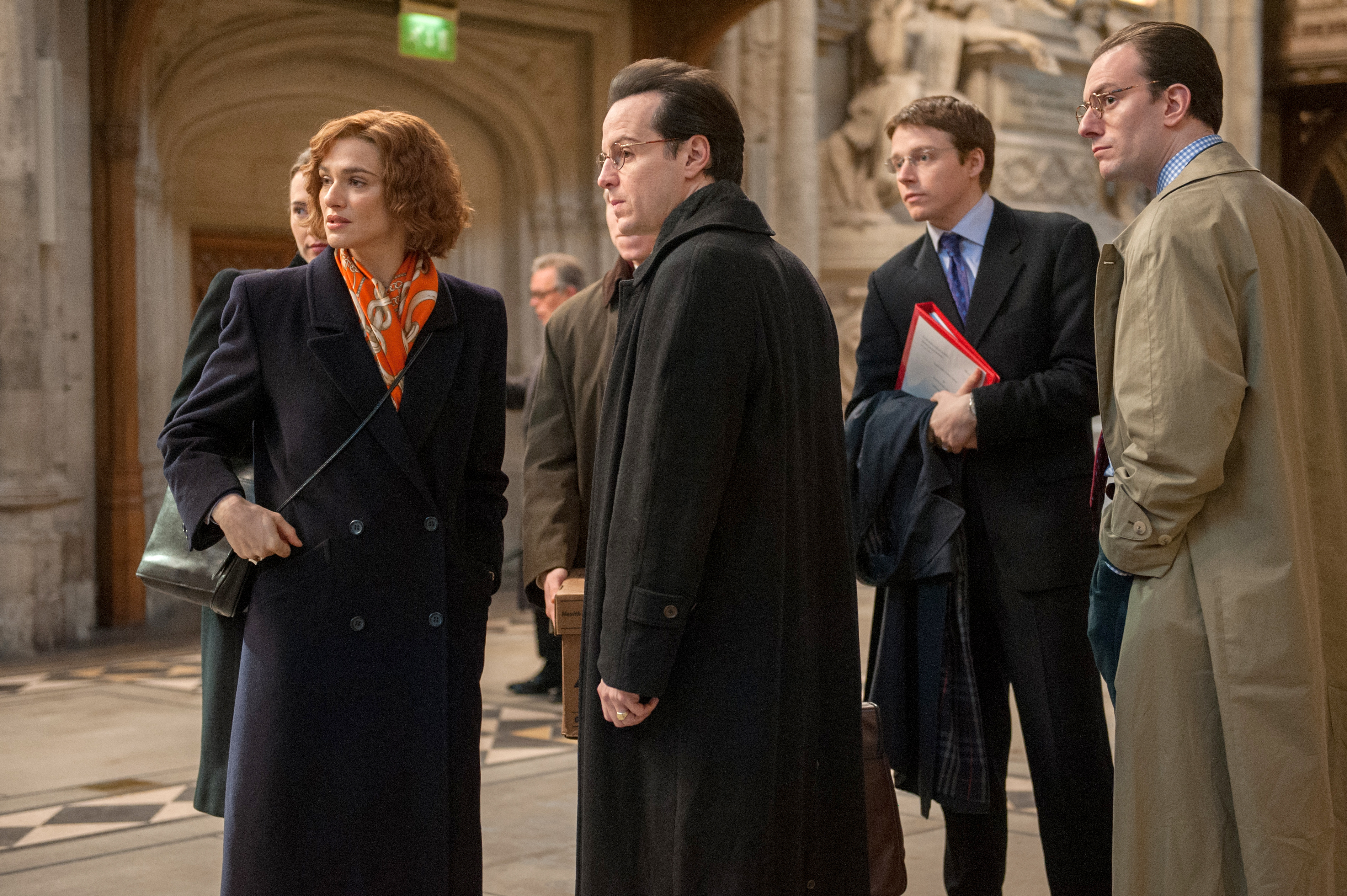 Documentary dramas are often difficult to critique in that to criticize them is to criticize the people whom they depict. While one could easily point out flaws in cinematography, editing or special effects, a critic walks a fine line discussing issues in character development or plotting, which are mostly grounded in real events. It’s for these reasons that I have mixed feelings about Denial, a film that follows the documentary drama formula to a tee, often too slavishly.

The film is about Emory University’s own Deborah Lipstadt (Rachel Weisz), a professor of modern Jewish history and Holocaust studies. Set in 1995, the film is centered on Lipstadt’s legal battle with Holocaust denier and historian David Irving (Timothy Spall), who sued Lipstadt for libel after she referred to him as a “dangerous spokesperson” in her book, Denying the Holocaust: The Growing Assault on Truth and Memory. Lipstadt is forced to travel to England to engage with Irving in a lengthy legal battle, backed by a team of London’s top lawyers.

One of the major problems with Denial is that there is no complexity in its central plot to justify a feature film running time. The Holocaust is not a morally grey issue, but to say that the film paints Irving and Lipstadt in black-and-white terms would be an understatement. Understandably, Irving is depicted as a one-dimensional villain without any scruples, aided by Spall’s top-notch performance. However, this lack of moral complexity in the conflict often leaves the moments when the film attempts to add shades of gray feeling awkward and forced, such as Irving argument in court that Lipstadt “started it” by insulting him in her book.

Pacing is arguably the film’s biggest issue. At 110 minutes, it’s surprising that such a straightforward story needs so much time to develop. Giving a story room to breathe is one thing, but any scene that’s not in the courtroom doesn’t mesh with the To Kill a Mockingbird-esque theatrics that are the best parts of the film. Numerous sequences of Lipstadt jogging or talking with Holocaust survivors are shoved between the trial sequences, and while these events may actually have transpired, they don’t push the plot forward at all. In fact, trimming these scenes would have led to a tighter script, allowing the suspenseful legal thriller hidden in this film to blossom more fully.

Fortunately, the film is carried by the performances, particularly Spall as the scene-stealing Irving. His portrayal of Irving oozes a sort of charisma that is equally captivating and disturbing, suggesting how a man of his beliefs managed to convince hundreds of people across the world of his lies. From his unnerving scowling to smooth talking the judge while denying the gassing of Jewish prisoners, Spall delivers a truly chilling performance. Weisz gives a solid performance as Lipstadt, though unfortunately she doesn’t get any lines during courtroom scenes as she is instructed by her legal team to not say anything in the trial. Instead, her reactions and expressions to the courtroom antics portray a woman just barely holding back her anger at the injustice of Irving’s accusations.

On a technical level, the film is what you would expect from a courtroom drama. The camera rarely moves, barring one interesting tracking shot in Irving’s house in which the camera stops as soon as a character stops walking and jumps between the characters involved in the conversations. Shots are broken into reaction shots of the audience in the courtroom to elicit a sense of historical weight. There’s nothing out of the ordinary here, but that’s to be expected for a drama where flashy camera work would feel out of place and inappropriate.

Composer Howard Shore of David Cronenberg’s The Fly and The Lord of the Rings trilogy fame, who is primarily known for his sweeping scores that capture a sense of heroism and epic scale, seems to have dialed it back for Denial’s score, instead opting for somber piano pieces for the frequent conversation scenes. It’s fitting for a serious, grounded film such as this, though he does sneak in some string instruments for montages.

Workmanlike is the best description of Denial. The film knows what it wants and does what it needs to, but overstays its welcome at times. It’s odd that the film’s greatest weakness is in concept rather than execution. While the events of this gravitas shouldn’t be blurred through film interpretation, Denial, as it stands, feels like a documentary with sparse moments of cinematic flourish.