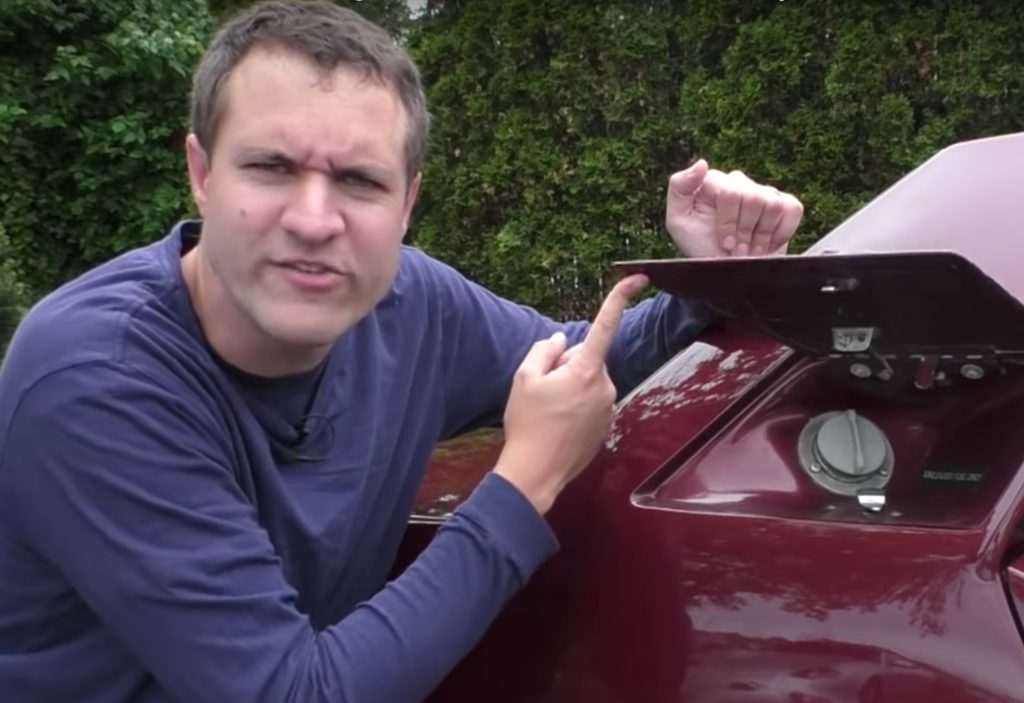 When Doug DeMuro (10C) speaks, his down-to-earth demeanor, casual amiability and lack of pretension seem counterintuitive from a YouTuber with over 2 million subscribers.

DeMuro’s optimistic character shines through when the Emory alumnus reminisces on his unconventional path from college to cubicle to YouTube car guru. Initially, DeMuro recalls, he was “content working in an office,” and spent much of his time during his office job at Porsche Cars North America creating spreadsheets. At the time, DeMuro was fresh out of college with a bachelor’s degree in economics.

His time in a cubicle would not last long. A few years into his job, DeMuro began to contemplate whether he truly wanted to continue his office career. His current job — writing for an Autotrader blog called Oversteer while cultivating his car review YouTube channel — exemplifies DeMuro’s versatility and continued pursuit of his passion for cars. Though YouTube stars today can make millions from their videos, DeMuro never considered turning to the platform to make a living when he was a college freshman.

“When I was at Emory, YouTube was just sort of in its infancy, and I never, at any point, ever, once, considered that this would be something that I would do as a job,” DeMuro said. “When I was a freshman, the first viral videos were starting to come out — this was in 2006 — but you would have to go to your friend’s room and watch it with them. It never once occurred to me that this could be a platform for a career.”

Now, DeMuro credits much of his current fame to his audience from when he first began his foray into automotive journalism.

“When I quit my job at Porsche, I started writing for Jalopnik, which is the biggest car blog, so I had kind of a built-in audience,” DeMuro said. “When I started releasing videos, they started to get popular pretty quickly because the people who would read my articles would transition to watch[ing] my videos.”

If DeMuro’s YouTube subscriber count is a testament to his fame, then his Instagram account is close runner-up, with over 82,000 followers and counting. The sheer amount of followers that DeMuro amassed across multiple platforms has made him something of a public figure, but the fame has come with its own set of growing pains. It’s not uncommon for fans to recognize him in public — DeMuro that estimates every one in 50 passersby stops him on the street. Even simple errands, DeMuro said, present challenges.

“You’re a little bit under a microscope. You have to be nice to everybody,” DeMuro said, chuckling. “When I’m sick, I’m at home; I’ve got a 100-degree fever and I’ve got sweatpants on when the Postmates guy comes to the door, I have to think, ‘Is this guy [going to] know me? Is he going to ask to take a picture with me?’”

Still, DeMuro stands by his belief that “people always seem to be a little nicer when they’re actually face to face with you,” and does his best to interact with his followers on Twitter, Facebook and Reddit, where the comments are less numerous than the thousands he receives on his YouTube videos.

Melissa Winkler (10C), DeMuro’s friend since his Emory days six years ago, considers DeMuro’s genuineness one of his most positive traits.

“It’s weird watching his YouTube videos as a close friend because it doesn’t feel any different than when he and I are hanging out, the two of us,” Winkler said. “He’s intelligent and funny and silly in real life the same way that he is in his videos [and] I think that’s part of the reason people relate to him.”

Even with YouTube, DeMuro does his best to craft his videos “to flow like a river to where the audience is.” For example, after realizing that car enthusiasts and buyers had started to view more videos of SUVs — “almost half the car market is now SUVs,” according to DeMuro — DeMuro began to put out more SUV-centric videos.

“I try to have … a finger on the pulse of what my audience is looking for,” DeMuro said. “I do enjoy making the videos, but I wouldn’t be able to keep doing it if I didn’t make videos of what people wanted to see.”

DeMuro’s friend Filippo Bulgarelli, who attended the University of Pennsylvania, met DeMuro as part of an open invitation meetup that DeMuro arranged with his followers after moving from the Ansley Park neighborhood of Atlanta to Philadelphia. Bulgarelli voiced respect for DeMuro’s careful consideration of his followers’ comments and suggestions.

“One of the things I really appreciate about Doug is how deliberate and thoughtful he is, whether in interactions with fans and with friends, or with just how he goes about making his decisions,” Bulgarelli said. “His YouTube channel is, in a way, a business, and he’s very deliberate about the decisions that he makes.”

Bulgarelli would go on to serve as DeMuro’s cameraman for a few years while DeMuro resided in Philadelphia. DeMuro himself still occasionally struggles with the technological aspects of his job, and he laughs when he talks about his lack of videographic skill.

“I never grew up knowing anything about video,” DeMuro says. “If you watch my videos, they’re kind of rudimentary. All these [car YouTubers] have drones — I never got into that.”

Despite his self-proclaimed technological deficiencies, DeMuro remains a highly watched car YouTuber with a fan base that has only showed signs of increasing.

Originally from Denver, DeMuro now resides in San Diego with his wife, whose job took the couple to Southern California. The two met when DeMuro was a Resident Advisor (RA) at Dobbs Hall and she, a resident. DeMuro was quick to clarify that he “did not date her while [he] was an RA.”

Alongside his wife, many of DeMuro’s residents from his stint at Dobbs Hall remain his closest friends, with “about six or seven” in attendance at the couple’s wedding.

The friendships that he forged with his residents while at Emory, along with his newfound autonomy — which he cited as “probably the biggest and maybe the only major lesson I learned at Emory” — became some of DeMuro’s greatest teachers throughout his academic career.

“In college I realized I’m an adult. I gotta do stuff,” DeMuro said. “[I started] learning how to kind of live on my own and excel and thrive in the things that I wanted. You can choose to spend your time however you want.”

Still, DeMuro recalled grappling with anxieties about the future for a large portion of his academic career. All the worrying, he said, made it hard for him to stop and smell the roses.

“I would probably tell myself and people who are [at Emory] now: slow down, enjoy it, enjoy the time you get to spend with your friends,” DeMuro said. “You’ll rarely have this sort of freedom in the rest of your life when you get a job.”

For now, DeMuro remains optimistic about his future prospects.

“I believe, for [myself] anyway, I have one of the coolest jobs in the world, and the thing that keeps me going is [that] I want to continue it, I want to preserve it,” DeMuro said. “I want to make this my life forever if I can.”