Emory is expected to be annexed into Atlanta after a settlement was reached between DeKalb County and Atlanta, resolving objections from the county that delayed the annexation process.

The settlement was approved 5-0 at a DeKalb County Board of Commissioners meeting Tuesday and ends the arbitration process between DeKalb County and Atlanta.

For the annexed area, DeKalb County will continue fire operations and “underground” services, including stormwater and sewer. Utility services will remain at the same rate for property owners, according to Ernstes.

Atlanta will compensate DeKalb County $1 million per year for up to 10 years for fire services, Ernstes said.

As part of the agreement, DeKalb County and Atlanta will make a joint request to MARTA to hold a public hearing in the annexed area to discuss rapid transit for the proposed Clifton Corridor project, Ernstes said. The project, if pursued, could bring a MARTA station to Emory’s campus, one of Emory’s main objectives for petitioning annexation.

A copy of the settlement has not yet been made public.

An arbitration panel was previously scheduled to convene Wednesday morning to resolve the objections but the panel will no longer meet, according to Ernstes.

“The Emory partners will concur consent to [the settlement],” Ernstes said.

“I am pleased by the DeKalb County Commission’s unanimous vote today to approve an agreement … to move forward with [the petition],” Reed wrote. “I am thankful for our County partners, who worked collaboratively with the City to reach an agreement that is agreeable to all, and I look forward to working with the Atlanta City Council to finalize this historic annexation.”

In a Sept. 26 Emory statement to the Wheel sent on behalf of Interim Senior Vice President of Communications and Public Affairs Vince Dollard wrote, “We are pleased with today’s progress and look forward to advancing the annexation petition.” 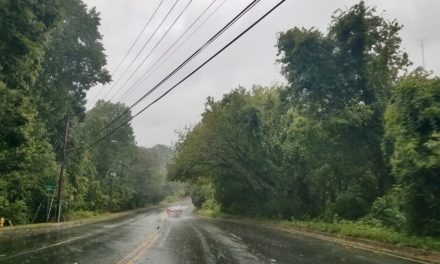