Over the last decade, the stigma surrounding sex work has begun to shift from being considered a taboo practice to a more normalized profession in the U.S. Despite the growing acceptance around sex work, the sex trade is still incredibly dangerous. The line between voluntary work and trafficking is easily blurred as women and others in vulnerable conditions are more likely to be manipulated and forced into sex trafficking.

Trafficking can happen anywhere, but a common way for exploiters to hide is behind the closed doors of a legal business front. Massage parlors are an example of one of these businesses. The recent shooting that took place in Atlanta brought this gruesome reality to light; eight victims were killed in three massage parlors across the city, six of these victims were women of Asian descent. While there are Asian-owned massage parlors that do focus on the art of massage and relaxation, many parlors exist that prey on Asian immigrant women. The next step to protecting these women and all victims of sexual exploitation is to legalize sex work.

When Asian women immigrate to big cities across the U.S., they may not be fully fluent in English, and therefore a service job becomes the most feasible employment option for establishing economic security. Massage parlors take advantage of these women by filling newspapers with elusive advertisements for quick cash jobs with vague descriptions. Women answer these ads under the guise that they will only be performing masseuse work, and are tricked into providing customers with more than just massages. For employees to receive substantial wages, parlor owners coerce or force workers to fulfill all of the customers’ illicit requests. If a customer asks that their massage is concluded with sexual gratification, a larger tip is usually on the line. Should an employee refrain from performing the sexual act necessary to warrant the tip, their massage parlor supervisors may punish them with reduced wages. In some cases, denial of these requests may lead to termination. Former employees recount having their passports stolen upon employment to prevent them from escaping.

Make no mistake, many customers are not accidentally stumbling upon these sexual services. Sites like Rubmaps allow users to review and recommend massage parlors and masseuses for those explicitly seeking illicit favors from the Asian parlor employees, potentially including detailed descriptions of employees. The circulation of personal and identifying information of these women puts them at an even greater risk of violence from customers or other predators who wish to fetishize and hurt Asian women. Having immigrated with no other place to stay, many Asian women have no way out of the industry.

Anti-trafficking organizations and law enforcement have started paying closer attention to the massage parlor industry, with heavier policing in Asian communities. The increased presence of law enforcement in these communities puts Asian migrant workers at even greater risk. Police officers have begun sporadically entering the parlors unannounced to search for evidence of prostitution or trafficking. If no evidence is found, law enforcement may then turn their attention to the legal status of the employees, introducing the threat of deportation. The rational fear of deportation and police brutality prevents some massage workers, particularly Asian women and immigrants, from seeking support when they are sexually abused. The law preys on sex workers the same way it preys on immigrants — both groups are filled with such fear of contact with law enforcement that they suffer through mistreatment instead (such as labor and housing exploitation or sexual abuse). By decriminalizing sex work, women who provide sexual services will be more likely to seek legal or medical support when they have been abused.

Without being able to escape this industry, Asian immigrant women are left in a perpetual state of vulnerability — one born most commonly out of economic insecurity. These employees deserve to reach financial freedom without providing happy endings (a term used to describe the end of a massage where sex work was involved) while feeling safe on the job. If our state governments have any interest in genuinely protecting women and other sex workers in vulnerable conditions, they must begin by undoing the criminalization of sex work.

When the provision of sex work becomes legalized, all-inclusive labor rights to protect sex workers can become explicitly established; they will be able to report assault without the fear of being arrested for prostitution. Decriminalization will also lead to safer communities where sex workers are vulnerable, as the presence of law enforcement searching for prostitution will decrease. In the interim before the dawn of decriminalization, we must start by uplifting grassroots organizations like Red Canary Song, a transnational collective of Asian women, that works to lobby for sex labor rights and workplace protection. They also support immigrant women through mutual aid, housing and meal resources. You can support them here with donations to advance their mission. Call your local and state legislature and demand that they begin working to decriminalize sex work in order to truly support women. 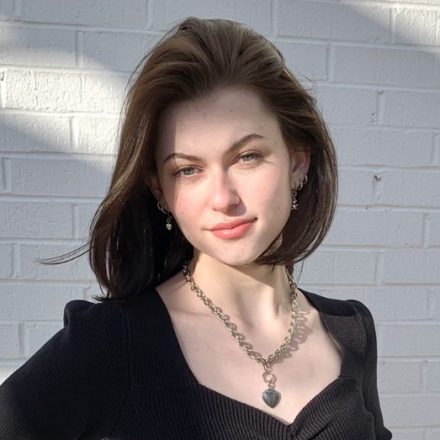 Braden White (24C) is from Charlotte, North Carolina. She is currently a prospective Political Science and Philosophy major.