COVID-19 is just one short chapter in a 400-year-long (and counting) history of systemic racism, entrenched inequality and virulent white supremacy that defines the United States.

With recent protests swelling in response to George Floyd’s killing, however, the lethal coronavirus has been further complicated by the virus of racism that has torn our country asunder for centuries.

These crises will persist until we, white people, shake off our complacency and commit to revolutionary change. In other words, we as white people have a duty to clean up the mess we’ve made. But in order to do so, we must fully understand its origins. Only then can we become the allies that the Black community and other marginalized groups need, and help facilitate long-overdue reconciliation.

The mess that I’m talking about is the one that has incited these protests: the scourge of racial violence and the broad assumption of guilt assigned to those born Black in America. That very assumption led to the deaths of Floyd, Ahmaud Arbery, Breonna Taylor and thousands of others throughout U.S. history.

Such trauma is not new — it’s been four centuries in the making. Racial violence, moreover, is foundational to the American story, and white people have been responsible for the vast majority of it. For example, May 31 marked the 99th anniversary of the Tulsa race massacre, when white people decimated the prosperous Black district of that city, known as Greenwood or “Black Wall Street.” From Wilmington, North Carolina, to Rosewood, Florida and even here in Atlanta in 1906, racist massacres have long been overlooked by most when studying U.S. history. Now more than ever, these events need to be illuminated.

The history of lynchings — the extrajudicial killings of more than 4,000 Black Americans primarily in the South following the Civil War — must also be elevated. Almost entirely unprosecuted and treated as spectacles, they were acts of domestic, racial terror and white violence. Even into the years of the civil rights movement, white people, including police officers, killed Black people across the U.S. with impunity. And the killings of today, displayed widely on TV and across social networking platforms, evoke images of the past. They show how little white people and the federal government have actually done to fight racism.

Violence in this country is a privilege largely reserved for the state and, by extension, those it favors most: white people. That there is too much to say about white violence in the U.S. is a testament to the racist bedrock upon which our country was built. We as white Emory students and white Americans must learn the history for ourselves –– and deciding to do so now is in itself a privilege. White people don’t have to confront the ills of racism at a young age like our Black peers, so at the very least, we have to atone for our racist acts and acknowledge them as collective crimes: they are the products of our privilege that further perpetuate white supremacy.

The lists of resources shared across social media on how to be better listeners and allies, along with posts expressing solidarity with the Black community, have been encouraging. More white people are grappling with their privilege and becoming better informed about U.S. race relations. Nevertheless, to my fellow white students of Emory, I say this: you can do more.

Educating yourself is crucial for making progress in racial justice, and I suggest you start with the works of one of our own. Emory’s Charles Howard Candler Professor of African American Studies, Carol Anderson, identified the problem of white backlash to Black progress after the 2014 police killing of Michael Brown in Ferguson, Missouri, and her book “White Rage: The Unspoken Truth of Our Racial Divide,” expands on this thesis. It is a meticulous work of American history, race studies and social criticism that should be required reading for white Americans, along with her recent article in The Guardian about the Red Summer as it relates to modern times.

Emory’s African American Studies (AAS) department, which Anderson chairs, offers classes on subjects including African American literature, politics and history. Even if you are not required to fulfill the recently announced race and ethnicity General Education Requirement effective Fall 2021, you should, nonetheless, enroll in a race and ethnicity course. The AAS offerings I’ve taken at Emory have shown me how racism plays a role in everything from the arts to the economy. They offer nuanced perspectives on race that are too often ignored in broader American discourse and necessary to contextualize today’s protests.

If you can’t enroll in one of those courses, then look for lecture opportunities about racism online and on campus. Beyond that, engage with outside organizations and resources on the history of racial injustice. Civil rights lawyer Bryan Stevenson’s Equal Justice Initiative (EJI) offers a treasure trove of online resources, and their Legacy Museum and National Memorial for Peace and Justice in Montgomery, Alabama, just over two hours away from Atlanta, are vital American landmarks that grapple with the legacies of slavery and lynching and the realities of mass incarceration.

But I must clarify: the call for white people to clean up the mess of racism and oppression is not a call for us to lead the movement for justice. It is a call for us to listen to and amplify Black activists and leaders demanding their solutions be implemented once and for all.

It is on us, white Americans, to learn the history bloodstained by the violence of white privilege. It is on us to lead the effort of reckoning with that history, our duty as those who have benefited from this wholly unjust American system for too long. We can only know what that looks like when Black Americans are at the forefront of the movement and we take the necessary steps to be their allies, listen to their demands, from police reform to examining the possibility of reparations, both local and national, and respond to their needs with action.

Understand that justice never arises in a vacuum. COVID-19 is a reminder of the health care disparities that continue to plague the Black community and other marginalized groups in the U.S. Floyd, Taylor and Arbery’s deaths are further examples of the enduring systemic racism that embodies the American experience. It’s time for us as white Americans to learn about and take responsibility for our racist past so we can guarantee a more just and equal future. 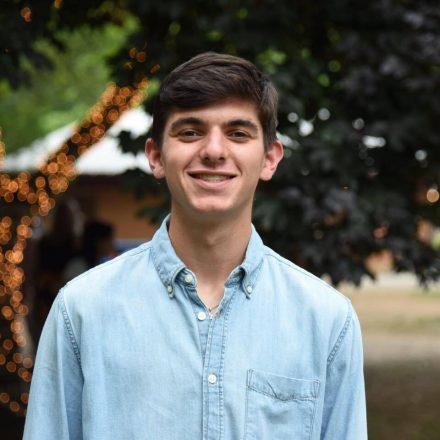