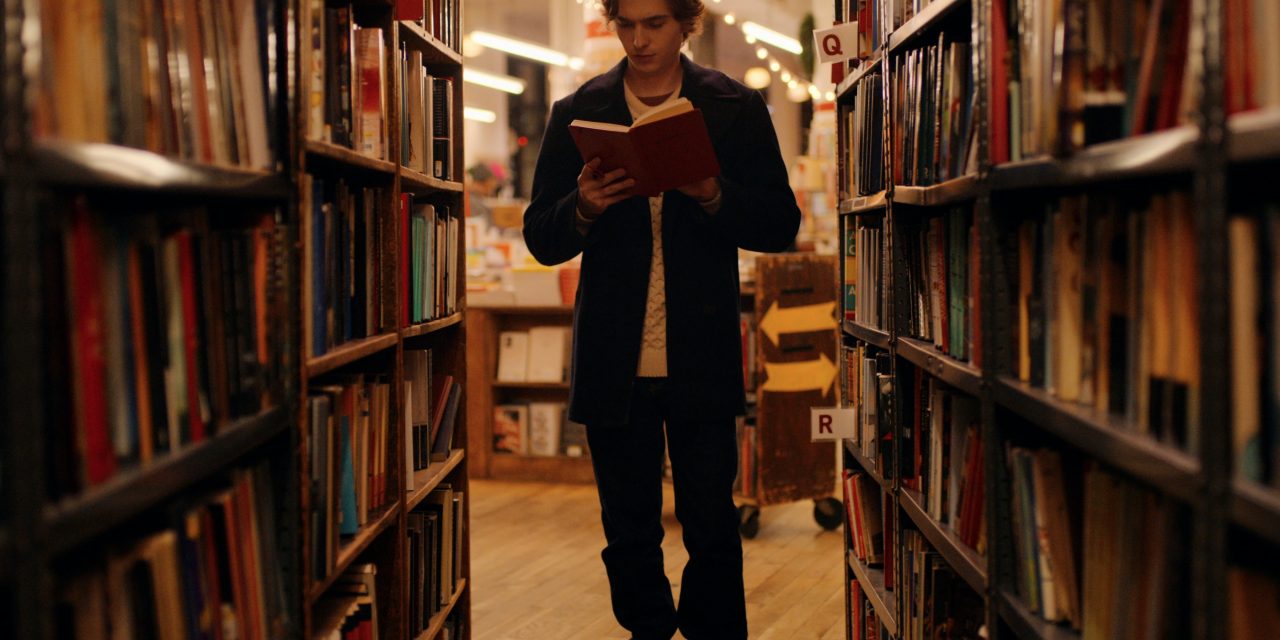 “Dash & Lily” is an adorable Christmas romantic comedy series, streaming on Netflix, based on David Levithan and Rachel Cohn’s young adult novel: “Dash & Lily’s Book of Dares.” While I had only heard of the book in passing, I was hooked on the show from the start and had to binge it instantly. The story speeds past, leaving you yelling at the characters on your TV as you prepare for the holidays. It put a new spin on the Christmas rom-com that felt fresh and entertaining.

The show begins with grumpy, Grinch-like Dash (Austin Abrams), who stumbles upon a mysterious notebook at The Strand labeled “Do you dare…?” The notebook consists of clues that could potentially lead him to the girl that might be the one for him. A flashback shows Lily (Midori Francis), a peppy but lonely girl, creating the notebook and filling it with clues in hopes of finding love during an otherwise disappointing Christmas. They communicate and bond via the notebook, daring each other through a New York City-wide book exchange. The two never meet face-to-face, which allows them to be more open with each other.

While it may seem cheesy at times, the voice-overs of Dash and Lily reading each other’s notes, full of secrets and personal memories, pull the audience into their relationship. In addition to their chaotic but entertaining lives, Dash and Lily’s identities are couched in dramatic irony as they continue to narrowly miss each other or see each other in passing without recognizing who they are, leaving the audience waiting for the two to finally meet.

“Dash & Lily” builds a lovable supporting cast through its 8-episode run, with standouts like Dash’s forbearing best friend, Boomer (Dante Brown), who helps connect the pair by secretly talking to Lily. Lily’s support includes a range of her mixed-race family members, from her supportive brother (Troy Iwata) and his boyfriend (Diego Guevara) to her strict Asian American grandfather (James Saito) and her free-spirited Asian American great aunt (Jodi Long). The contrasting characters create a carefree world that’s easy to slip into for a few hours. Conflict arises when Dash’s ex-girlfriend, Sofia (Keana Marie), returns to the city and wants to get back together.

The vibrant mise en scene further adds to the charm of “Dash & Lily.” With clips of Dyker Heights’ over-the-top Christmas decorations and the local pizza and video rental store where Boomer works, the show provides a glimpse into “real” New York. Even the events that the characters dare each other to attend — like a Hanukkah punk show — more accurately reflect life in New York than what is typical in romantic comedies. There are many iconic landmarks shown in passing like Radio City Music Hall and Rockefeller center along with lesser-known ones like The Strand, satisfying book nerds everywhere. The backdrop of New York for Dash and Lily’s budding romance kept me on the edge of my seat as new links form between their friends and family to unite them.

While at times I questioned Dash and Lily’s fancy apartments in the city or the questionable logistics of finding a handwritten notebook in a vast bookstore, the show let me sink into a fantastic world of possibility and escape the terrifying nightmare that is reality. With its charismatic cast and refreshing view of New York City, this show takes its audience on a ride that has everyone hanging on tight until it’s over. The dynamics between the characters are thoughtfully constructed throughout the series of clues and dares to have you rooting for the duo to get together in the end. “Dash & Lily” is a must-binge for a dash of lightheartedness in your holiday celebrations.