Daniel Caesar at the Fox Theatre: Warring in the Wake of Controversy 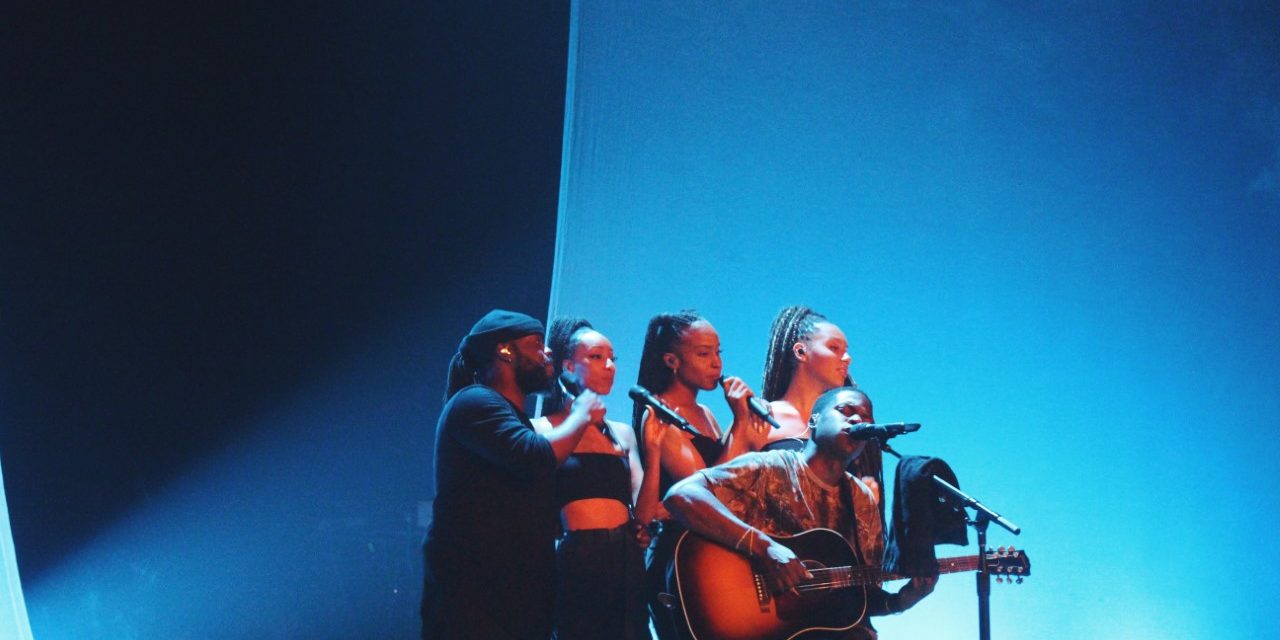 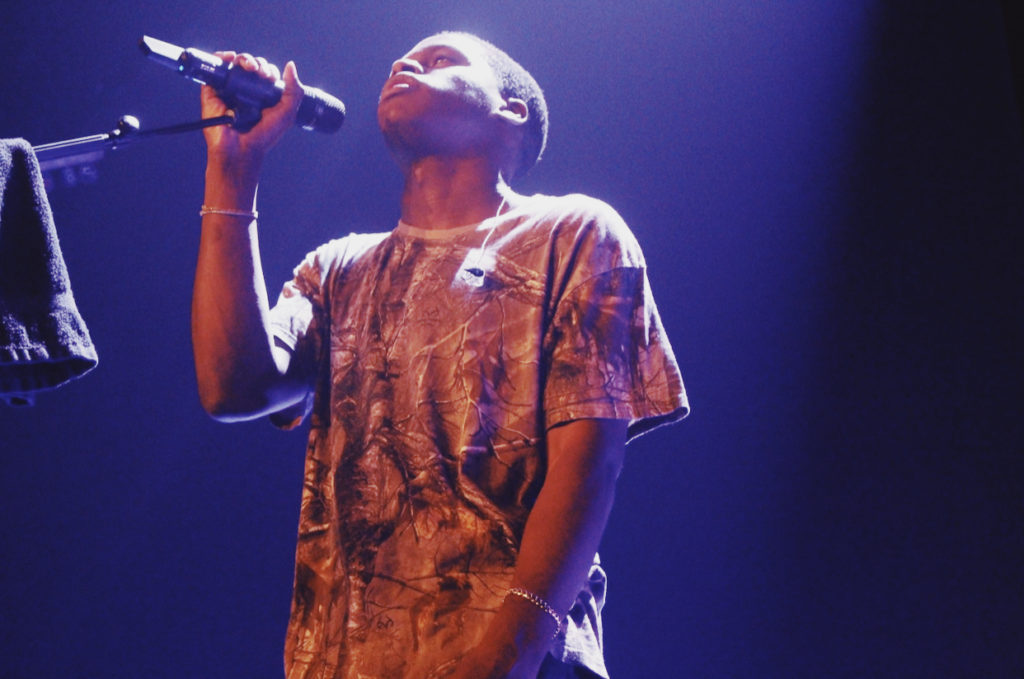 “My mortality’s staring back at me,” 24-year-old Canadian musician Daniel Caesar sang to a swaying crowd in Midtown’s Fox Theatre. On Sept. 10, as late summer enveloped the venue, Caesar teetered between mournful crooner and apoplectic R&B stud.

The beats swung molasses-slow and sugar-sweet, as the audience moved with him. When Caesar took a break in the beginning of his set to say, “Atlanta, put your hands up,” the crowd obliged, screaming like they’d encountered a 1990s heartthrob — in some ways, they had. Caesar’s presence stirred up a distinctly female crowd.

While I was taking photos, a girl beside me screamed out, “I should just reach out and touch him.” We were right by the stage; she very well could have. And she wasn’t the only one with this desire. Around me, concertgoers clamored for a look, a feel, a connection with the talented artist.

When Caesar erupted onto the alternative R&B scene in 2017, he joined the likes of The Internet, H.E.R and, most notably, Frank Ocean. The similarities between Caesar and the latter were inevitable — like Ocean, Caesar taps into that primal, gut-deep feeling of what it means to be in love and what it means to be without. Caesar’s critically acclaimed albums, 2014’s “Praise Break” and 2015’s “Pilgrim’s Paradise,” touch on themes of unrequited love, tenderness and masculine vulnerability.

When Caesar performs, he takes audiences on a musical journey. He began with “Cyanide,” the second track off his most recent full-length project, “Case Study 01.” The song, a dancehall-infused take on neo-soul, boasts lyrics in both Patois and English with Caesar singing, “Sweet melody, wind up yuh body pon mi.”

“Case Study 01” was released after Caesar’s controversial comments defending notable friend and social media influencer Julieanna “YesJulz” Goddard, who had often been labeled as a culture vulture and called out for her harmful comments towards black women. On a drunken Instagram Live session, Caesar came out in support of Goddard and, sensing the backlash his words would receive, begged for his audience to “cancel” him for his words. 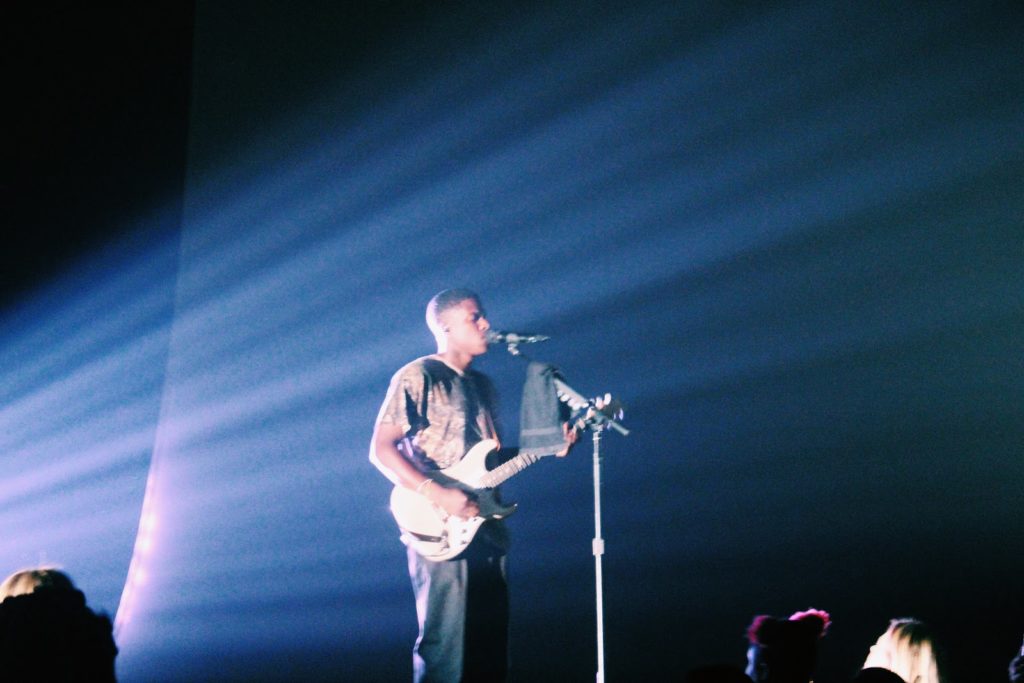 Internally, I can’t help but notice that black women of all ages make up a majority of his audiences. How do we reconcile his defense of someone so violently misogynoiristic with our decision to support his music? Personally, I settle on remaining critical: while I do still listen to his music, I choose not to support him unconditionally.

For the most part, the audience seemed unbothered by his previous actions. “Let me hear you say it,” Caesar crooned to resounding agreement, seductive lyrics ricocheting off the walls of the packed venue.

“I’m really happy to be here,” he said, a smile stretched across his face, as he coursed through the setlist, a litany of slow, sentimental songs about love and loss.

When he called his backup talent to stand with him near the end of his set, the moment felt the way  church is supposed to feel, like a gathering of souls in spiritual harmony. Singing the lead single off “Praise Break,” Caesar returned to his gospel roots by providing a raspy soul rendition of “Violet.” Together, the backup talent walked off with linked hands.

As Caesar’s set wound down, security policed the venue and walked past me multiple times to reprimand other concertgoers. The crowd, which had slowed to a gentle sway as many of them started reclaiming their seats, rushed to their feet when Caesar’s backing band started playing the instrumental to his first big hit — “Get You,” a slow-tempo collaboration with Kali Uchis, who appears on the screen in technicolor form.

The crowd chorused, “Before it winds down into the memories,” back at him, the song’s lyrics recalling warm feelings of nostalgia and summer.

Caesar ended the concert with “Best Part,” a popular collaboration with H.E.R. As the slow song played, romance descended upon the crowd. 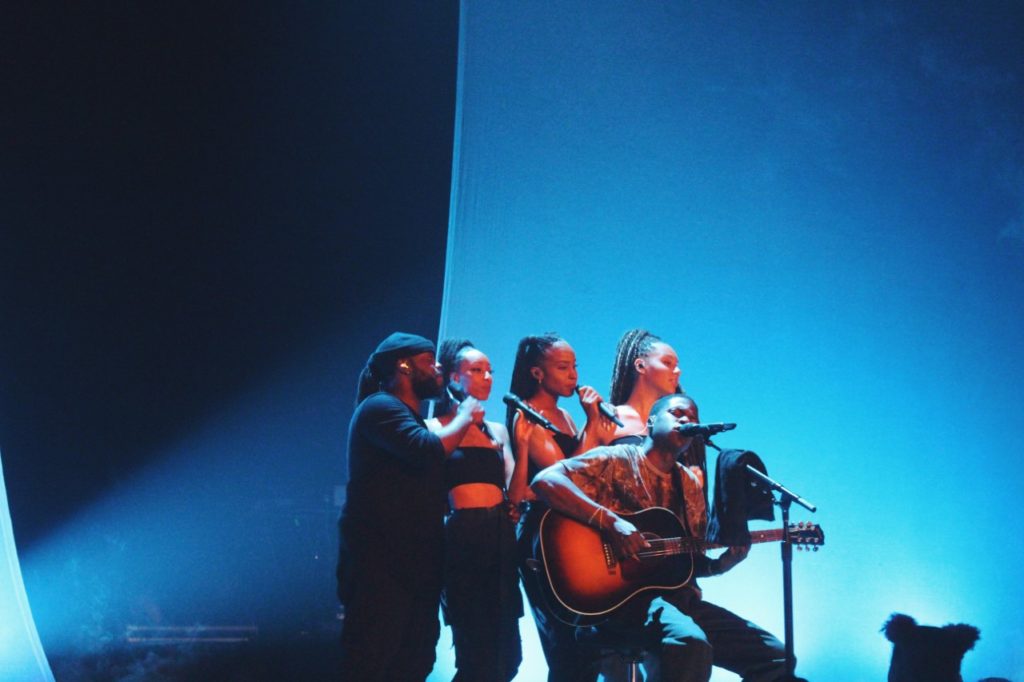 “Daniel, I love you!” a woman exclaimed behind me, while the middle-aged couple beside me curled into each other.

The lights came on as Caesar retreated backstage. Still, I cannot forget the drunken slur of his words as he defended Goddard on Instagram or the electrifying moment we met eyes as I snapped his photo by the stage.

As I got in the car to return to campus, “Best Part” started playing on the radio. Struck by this coincidence, I quickly changed the station — haunted but undeniably moved.