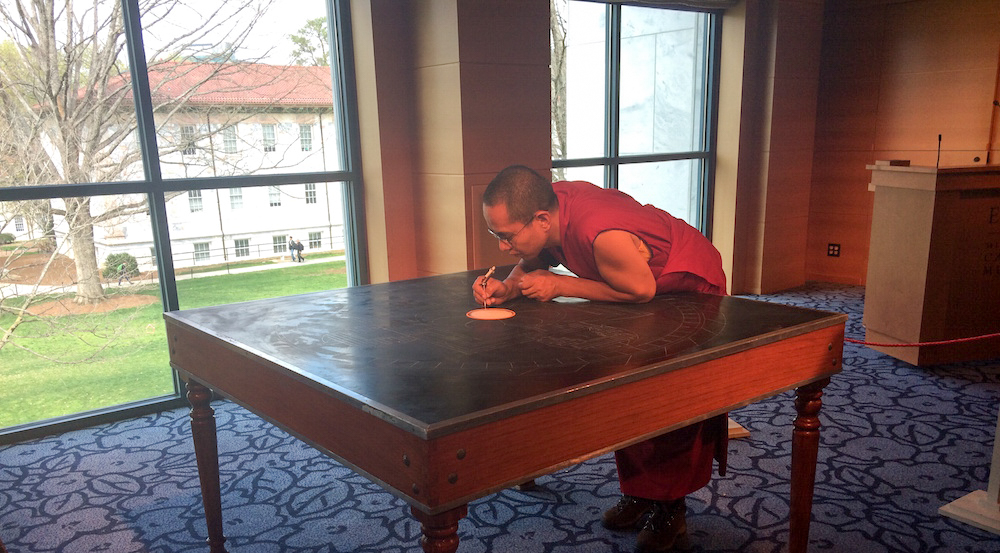 Emory kicked off the 15th annual Tibet Week with a panel about China and Tibet relations and a live Mandala art painting exhibition at the Michael C. Carlos Museum on Monday.

“The Tibet struggle is much more than slogans,” the keynote speaker Lodi Gyari Rinpoche — his holiness the Dalai Lama’s special envoy to the United States — said. “[It’s about the] preservation of the distinctive personality, of who we are.”

At the Mandala Art Painting Exhibit, the monks of the Drepung Loseling Monastery created an elaborate and colorful sand design in the museum’s Reception Hall.

On Monday evening, a professor and former diplomat held a talk titled “The China-Tibet Dialogue and Its Implications for International Conflict Resolution.”

At the dialogue, the two hosts, in addition to two Emory student speakers, discussed solutions to the conflict between China and Tibet and the possibility of an autonomous Tibet. Rinpoche discussed possible diplomatic solutions to the conflict using his background in international politics while the talk’s moderator, Paul Zwier, an Emory School of Law professor and scholar on international advocacy, analyzed the relationship between China and Tibet.

The two student speakers — Richard Sui, a College senior and the co-founder of the China-Tibet Initiative at Emory and Tsewang Rigzin, an Emory graduate student — discussed their personal connections to the China-Tibet conflict.

Rinpoche pointed out that Tibetan people were once skeptical and had deep mistrust for the Chinese, but that the Dalai Lama has done a great job in engaging in peaceful discussion and negotiation.

A lot of informal talks have shown that “there was serious discussion [about Tibet] among the Chinese leadership” in the past two decades that Rinpoche has been the Dalai Lama’s envoy to the U.S., he said.

Despite fallouts in negotiations between China and Tibet, Rinpoche said he believed that ultimately, “there will certainly be a major breakthrough.”

Sui, a Chinese student studying at Emory, said he initially learned about hostility between Tibet and China while he lived in China. He said that he was subject to the ubiquitous idea that Tibetans are unfriendly. There has been a lot of tension between China and Tibet as the Chinese claim rule over this region while Tibetans believe in the right to autonomy.

Sui described a hesitant dinner he shared with some Tibetan monks studying at Emory. He said the meal, which a friend took him to, transformed his outlook on China-Tibetan relations. There was a huge difference, he said, between what he learned in China, and what the monks were like.

Sui said he saw that Tibetans were normal everyday people who even watched Netflix. Not long after this dinner in 2011, he created the China-Tibet Initiative, through which, he said, “we [Chinese students] can find [an importance in Tibet] greater than politics.”

Rigzin, the other student speaker — who heads the Tibet Youth Congress, a non-governmental organization that advocates for an independent Tibet — said the Chinese delegation failed to compromise on many issues regarding Tibet. Rigzin said he wants to see the conflict resolved, because of his personal connection to the issue: his parents are trapped inside Tibet, while he is trapped outside the region.

“There is a light at the end of the tunnel,” Rigzin said. Eventually, he added, the Dalai Lama should be able to return to Tibet, and families will be reunited.

Rinpoche, the diplomant, also expressed hope for the “Middle Way” to negotiate a solution between the two delegations, Rinpoche said.

Yucheng Lu, a College freshman who attended the talk, said that the talk was “very enlightening.”

“It was great to see experts in the field [and] to be able to ask questions,” Lu said.

For the Mandala painting Monday afternoon, the Drepung Loseling Monastery monks drew designs with chalk and white pencil and filled them with colored sand across a table to create Mandala paintings. The monks memorized and repeated the steps of creating the mandala through the construction of geometric objects and shapes within the design, according to Geshe Phende, one of the monks. The technique used in the creation of the mandala is known as “circling,” and the category is known as a “Mandala of compassion,” Phende said.

Phende added that the painting closely resembled the Palace of Mandala, a Buddhist palace occupied by Gods and Buddhas.

Phende said that everything had to be correctly aligned geometrically, because “if you miss one area [of the painting] then it will mess up all [of] the map.”

“[It] sounded like a lot of patience and concentration,” she said. “When I tried doing it myself, it was hard to control the sand’s movement and required an immense amount of focus.”

Emory held the first Tibet Week in 2001 to improve the relationship between the University and Tibet.

“The Emory-Tibet Partnership has grown tremendously,” Wynn wrote in an email to the Wheel.

The events throughout the week include a discussion titled “A Legacy of Compassion: Why Tibetan Monastics Matter in the 21st Century” on Tuesday, a forum called “The Healing Power of Compassion: Insights for Patients, Caregivers and Healthcare Practitioners” on Wednesday, a talk titled “The Dalai Lama’s Vision for Secular Ethics — Cultivating an Education of Heart and Mind” on Thursday along with daily guided Cognitively-Based Compassion Training (CBCT) meditations from 5 to 6 p.m. 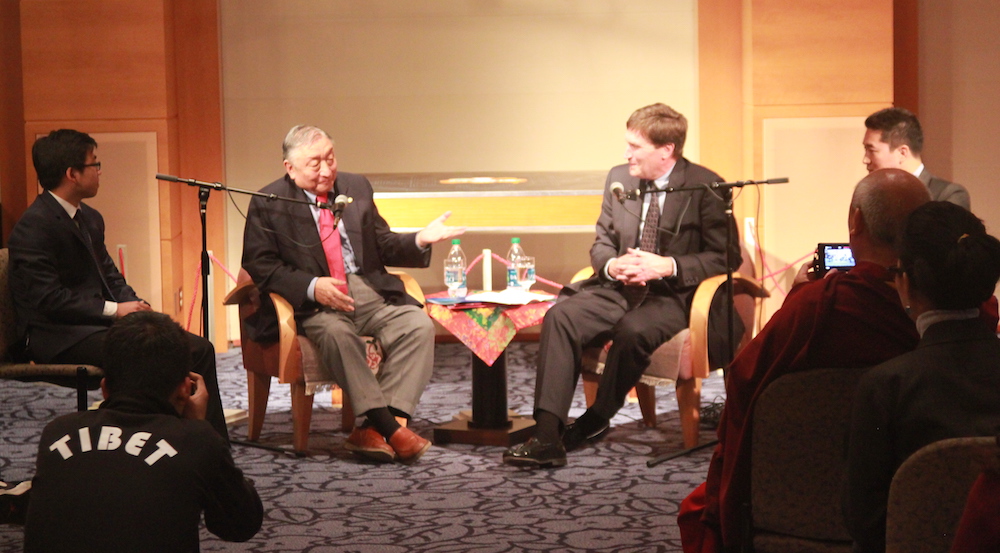 Correction (3/24 at 2:28 p.m.): In paragraph 11, the article referred to Tibet as an autonomous region. The region’s autonomy is under dispute.