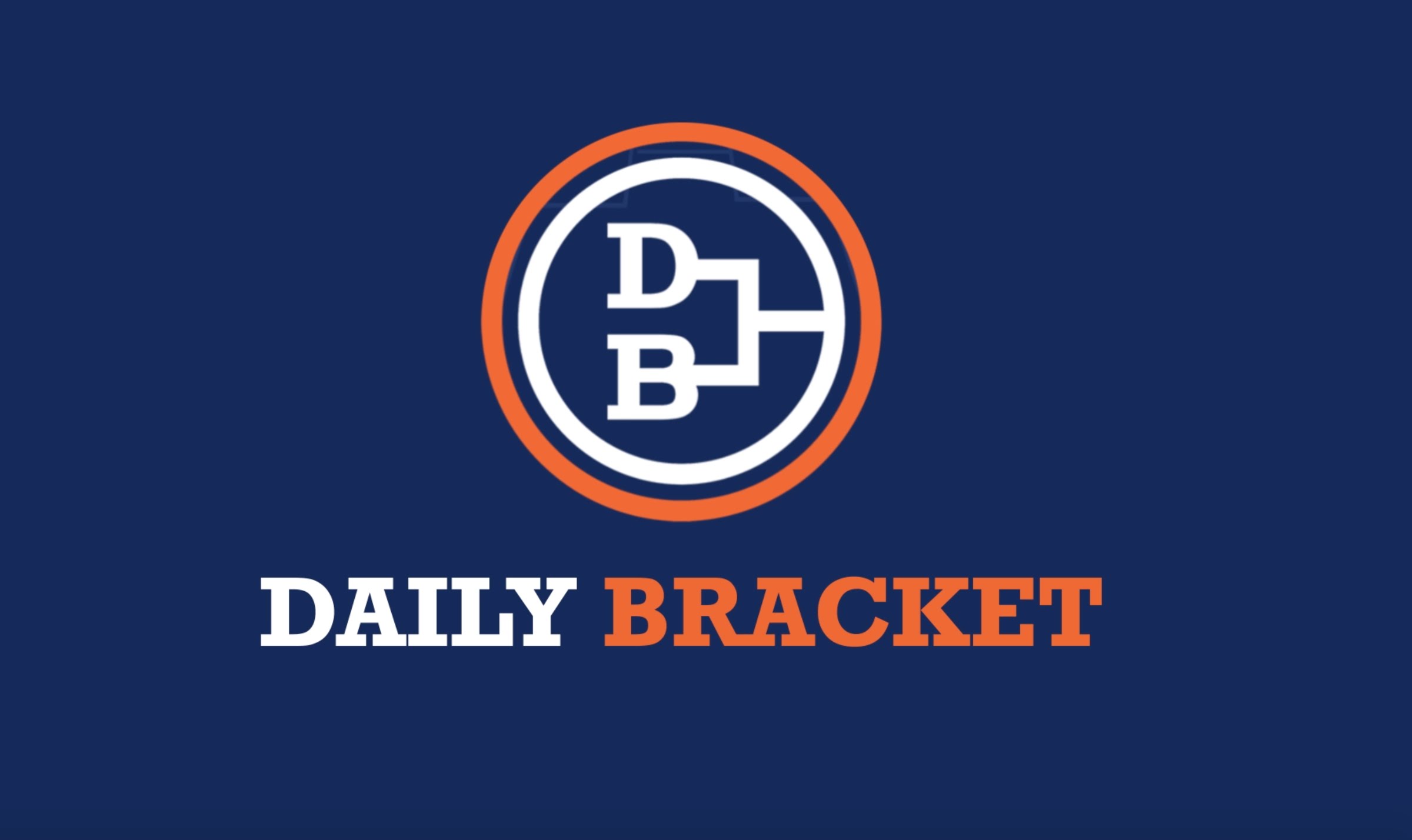 There’s gambling, there’s sports and then there’s sports gambling. The two go together like Butch Cassidy and the Sundance Kid. The beginnings of the hobby, if you want to call it that, were modest. Throughout history, people have wagered on outcomes between competitors. Commodus, along with other Roman emperors such as Augustus and Nero, were notorious gamblers — Commodus once went bankrupt and decided to turn his palace into a casino that offered bets on chariot races and gladiator bouts to make back the money to repay his debts. It worked. While gambling was, and is largely still, illegal, everyone from the upper crust to the poor gambled on sporting events.

Nowadays, people have gotten a bit more sophisticated with their betting. As opposed to simply choosing who would die in a gladiator match, we now have measures like the point spread, the over-under, the money line and hundreds of variations of sports gambling that add nuances to the hobby. One of these variations includes a relatively new, but increasingly popular advent: daily fantasy sports.

With the newfound successes of daily fantasy sports outlets such as FanDuel and DraftKings, and through the subsequent legal issues that have threatened the new genre, thousands have attempted to find their own nuances within the niche, including Wheel alumnus and 2015 Emory graduate Jacob Eisenberg and his employer, Daily Bracket.

Eisenberg is the vice president of strategy and partnerships with Daily Bracket, an app that debuted in late 2014 that emerged from the boom in popularity of the daily fantasy sports genre. Daily Bracket isn’t quite sports gambling, according to Eisenberg. As he calls it, it is “sports engagement,” the future of sports gambling. He considers it “what sports gambling would be in a utopian society.” The only gambling you’re doing is the engagement you’re putting into the app; you can play every aspect of the game without putting any money into it.

With about 70,000 daily users today, up from 5,000 daily players just over a year ago, Daily Bracket is one of the fastest growing sports apps available. Despite the fancy and somewhat ambiguous job title, Eisenberg’s job is relatively straightforward: on a day to day basis, he oversees the partners in the app store that offer prizes for winnings, he writes and edits anywhere from three to five of the game previews for the next day and he thinks of new ideas to improve the app and increase user satisfaction.

Daily Bracket’s premise is simple; in fact, it is targeted towards the most casual of sport fans. One is given five sports games that are happening on a given day; it could be anything from hockey to football, basketball to baseball, and you simply choose the winner of each of the five games. If you manage to choose correctly on three out of the five games, then you advance on your streak, measured in amount of days, for a potential million dollars.

However, the app sometimes offers prop bets in place of a game selection. The prop bet will consist of either a one way or another prediction of a player’s performance or a comparison of statistics between two unrelated games or events. The app gives the player the option to pitch them an idea that fits this mold. For instance, the prop bet on March 26 was “Perry Ellis 21 points or over, or 20 points or less?” Ellis scored four points that night. An example of another option was “Donald Trump’s poll points in South Carolina vs. Klay Thompson’s three-point percentage.” These options, when user-submitted, are called Cinco 5’s.

However, winning the million is not as easy as you may think. Eisenberg concedes that no one has, or will ever, win the million-dollar prize.

“The odds of winning the million dollars is essentially 1: 1.15e+23,” Eisenberg said.  “I don’t think it’s likely anyone will ever get there.”

“No one will ever win the million dollar prize,” Co-founder Jake Sutker corroborated.

To couple with the feature aspect of their app, Daily Bracket also provides another way to play: Daily Lineup. Daily Lineup budgets you a 15 point “salary cap” to spread across five different games that may encompass all four of the major American sports — baseball, basketball, football and hockey. The app provides you five players from each game, and each player is attached with a point value from one to five that you must pick. You pick one player from each game that is provided, for a total of five players, while staying below or at the 15-point salary cap. The trick is to choose who you think may over-perform their point value, then pick the most optimum lineup with the limited amount of “points” that you are allotted. Points are scored by players in a way that reduces complexity, for instance: only points, rebounds and assists are calculated for basketball, only touchdowns, yards, and interceptions are calculated for football and so on.

With its appeal to the common man, it is evident why the app has garnered universal praise and following. However, as Jay Caspian Kang argues in his article in The New York Times about daily fantasy sports, it is evident that DraftKings and FanDuel, though advertised for the casual sports fan, really only reward the hardcore player who is able to make hundreds of entries a day, not the 9 to 5-er who follows his hometown teams. DraftKings and FanDuel knowingly take money away from the casual sports fan. What makes Daily Bracket any different?

“We are completely independent from any other daily fantasy sport app that is out there,” Eisenberg said. “As Kang said, you can not play FanDuel or DraftKings continuously for free and enjoy the experience. We are trying to create something that has not been created before, and we are trying to make it the number one consumer item to add to sports fan engagement.

Eisenberg and the team from Daily Bracket also acknowledged the difference in advertising between their app and the big boys. DraftKings and FanDuel spent more than a combined $200 million on advertising in the first ten months of 2015, according to Kang, compared to the few thousand dollars Daily Bracket has spent in advertising since their inception.

“We are not trying to compete directly with DraftKings and Fanduel,” Eisenberg said. “Our company’s business is entirely different. We are reliant on [the process of] users playing, users making money and then users telling their friends by word of mouth that they won money by inputting nothing but their time. We value your friend’s word more than an advertiser’s word.”

The difference between Daily Bracket and DraftKings or FanDuel is an important distinction to be made. DraftKings and FanDuel, as the figureheads for the entire daily fantasy sport movement, are currently dealing with major issues regarding the legality of their games. With the current legal grey area that the industry has had to deal with, Daily Bracket has had to change their business practices to mold to the recent climate and thus distance themselves from the practices that have gotten other daily fantasy sports services into hot water.

“We are very conscientious of the law,” Eisenberg said. “My mother is a judge, and my dad is a lawyer. You would not believe how many things we’ve had to hold ourselves back on due to the ambiguity of the law.”

Daily Bracket has recently restricted the inputting of money onto the app in New York, Illinois and Nevada, states where the legality of services like FanDuel and DraftKings have come into question.

Despite the legal hurdles and changing landscape that Daily Bracket has had to deal with, they have kept their optimism high.

“We have a committed community that loves our app […] it’s honestly never been more optimistic than it has been now,” Eisenberg said. “We continue to grow by the day and our retention rate is anywhere from 60 to 70 percent — meaning there is a 60 to 70 percent chance that a new user will play again next week.”

With the rise of the “second screen” phenomenon — the idea that today’s fans who are watching a sporting event are increasingly multitasking on a handheld device of some sort — apps like Daily Bracket face an extremely lucrative opportunity for advertising and live-stream revenues in the future.

“I think this is what the future of this app really is,” Eisenberg said. “The opportunity to talk with fans watching the game across the country through our app is an unlimited concept. As our technological efficiencies grow, such as our in-game features, this will only continue to expand our app. For instance, as you’re watching a Hawks game, a pop up on our app may say: ‘Who’s going to make the next three pointer?’ And you type in Kyle Korver and, if you are correct, you win 1,000 BracketBucks, stuff like that.”

The sports world has come to acknowledge that the demand for interactive sports engagement has never been higher.

“What we’re trying to do by creating this community and eagerness to open up the app every day,” Eisenberg said, “is to be the Candy Crush of daily fantasy sports.”