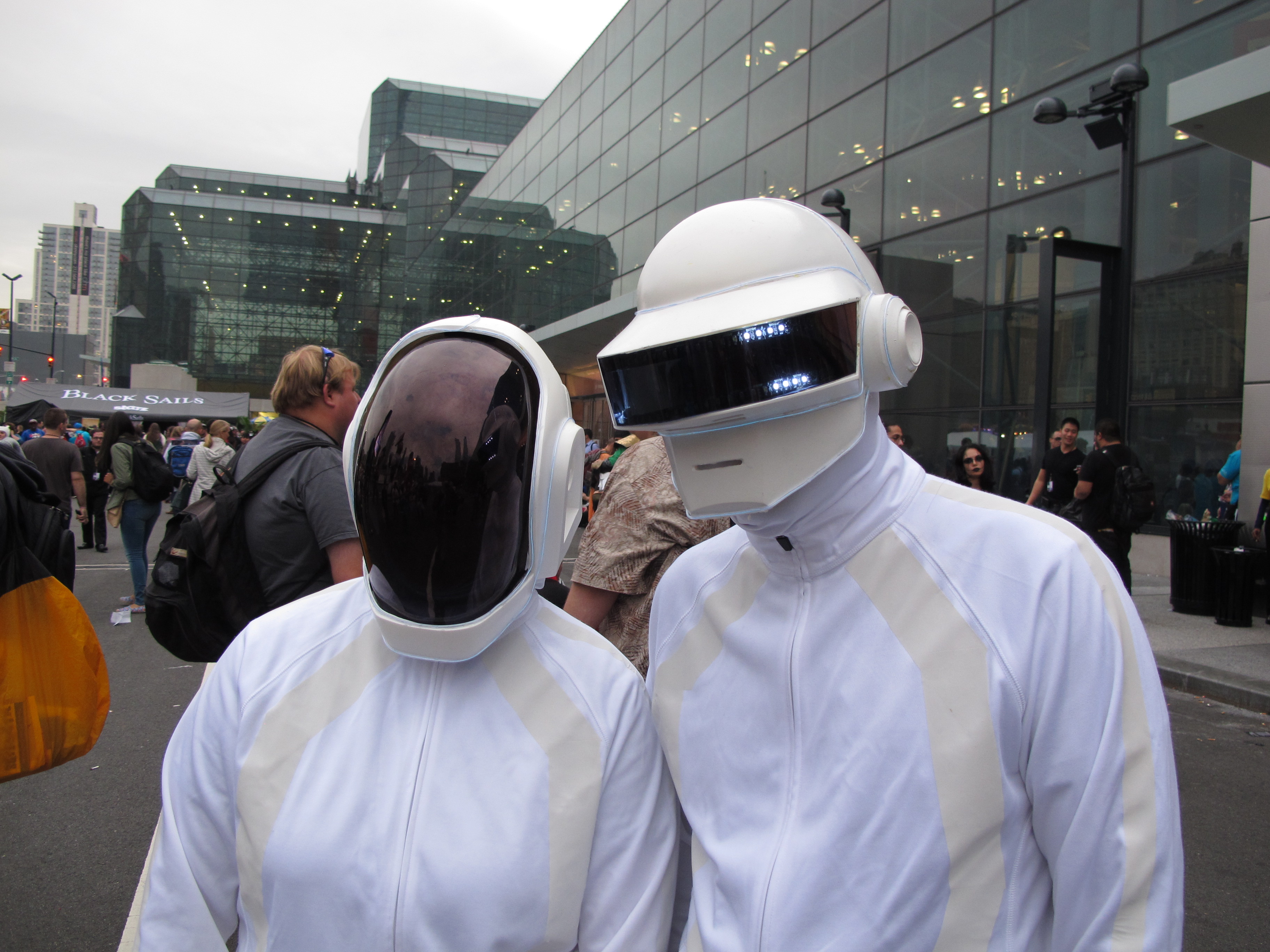 For over 20 years, Thomas Bangalter and Guy-Manuel de Homem-Christo have pushed musical barriers, challenging preconceptions about electronic music and constantly leaving fans completely in the dark about what they’ll come up with next.

These two men, hailing from France, began their journey in the rock band Darlin’, a short-lived trio (the third member being Laurent Brancowitz, who would later become Phoenix’s guitarist) that produced rock ‘n’ roll music. Bangalter later stated that “[t]he rock ‘n’ roll thing we did was pretty average.” In a review for Melody Maker, Dave Jennings characterized the band as “a daft punky thrash.” Rather than ignoring it, Bangalter and Homem-Christo were amused and embraced the insult, using it as the name for their electronic duo: Daft Punk.

Since then, Daft Punk has done their own thing. From songs like “Rollin’ & Scratchin’” on Homework (1997), which incorporates the usually annoying sound that comes from a halfway plugged-in auxiliary cord, to the electronic-pop sound heard on Discovery (2001) in songs such as “One More Time” and “Crescendolls” and funky, disco-esque beats featured on Random Access Memories (2013) in songs like “Touch (feat. Paul Williams)” and “Giorgio by Moroder,” Daft Punk has left people guessing throughout their entire existence.

Now, three years after their last studio release, Random Access Memories, Daft Punk was featured on The Weeknd’s “Starboy,” which has fans wondering what could possibly be in the works this time around. Right off the bat, Daft Punk’s sharp, 8-bit-esque beat transitions into The Weeknd’s confident, smooth vocals and Daft Punk’s distorted vocal beat, similar to the vocals on “Doin’ it Right (feat. Panda Bear).”

Additionally, a website has surfaced that simply features “ALIVE” in white text over a black background. Simple enough, right? Well, sources have found that, by zooming in on the text, a timer can be seen along the “I” that is counting down to Oct. 27. The website’s code labels that date as “Wake Date” and, further in the code, coordinates can be found that correspond to Paris, Los Angeles, London, New York, Tokyo, Sao Paulo, Ibiza and Indio.

It’s very easy to toy with Daft Punk fans’ emotions, considering the duo has only toured twice — once for Alive 1997 and again for Alive 2007. So an Alive 2017 tour would make sense, continuing the 10-year cycle. In the past, Daft Punk’s Alive tours have consisted of remixes of their songs: Alive 1997 was a remix of Homework’s songs and Alive 2007 was a remix of songs from Homework, Discovery and Human After All. The remixes were so ingenious that the original songs, at times, were almost unrecognizable. For instance, in Alive 2007, “Face to Face / Short Circuit” uses the melody from “Harder Better Faster Stronger” as the beat to the remix, starting off slow and gradually crescendoing until the audience realizes what it is and goes wild.

Considering both tours occurred soon after album releases, Daft Punk has something bubbling in their mixing console and synthesizers. But what? “Starboy (feat. Daft Punk)” doesn’t tell us much — it’s good and it feels like Daft Punk, but it doesn’t emanate that wild, unexpected sound that is so expected from the duo.

Daft Punk has touched upon many genres inside and outside electronic music — alternative, unique sounds of everyday objects such as cars and auxiliary cords half plugged in, electronic pop, heavy electronic rock and even disco music. There isn’t much they haven’t touched upon. But Homework is almost 20 years old, and technology has changed a lot since then, leading me to believe that their new album will work with new sounds of everyday life, thereby mirroring Homework but instilling new everyday sounds, such as iPhone pings and electric car engine hums.

Back during their beginnings as a duo, Daft Punk refused to work with anyone, including huge pop stars like Madonna. But we have seen an increase in features with each of Daft Punk’s studio releases. Random Access Memories had the most, including Julian Casablancas, Pharrell Williams, Nile Rodgers and Todd Edwards. And their recent collaboration with The Weeknd suggests that they’re more open to working with pop stars now, which could mean an album with more collaborations.

Arguably, Daft Punk’s best trait is their ability to keep their work a complete mystery until it is officially released. As soon as their fans begin to mope over their belief that Daft Punk has stopped making music, the duo pops out of nowhere, enthralling their fans and creating massive excitement over what they will release — and it always lives up to the hype. Daft Punk is an enigma, purely independent of the rest of the music scene, electronic or not. And with that enigmatic creativity, they play with our hearts and keep us on our toes, keeping us guessing until they finally release their masterpiece.