The Emory women’s and men’s cross country teams finished No. 10 out of 52 teams and No. 15 out of 50 teams, respectively, at the NCAA Division III Pre-Nationals at the Lake Breeze Golf Club in Winneconne, Wis., on Oct. 13.

On the women’s side, the No. 28 squad closed out the meet with 296 points. Senior Kaylee Slade finished first of the Eagles, clocking in a 6K time of 22:43, ranking 27th of 349 total runners. Sophomore Carrie McIntyre finished next on the Eagle scoreboard, crossing the line at 23:10, placing 51st.

“O’Shea had our best race,” Head Coach John Curtin said. “She got off the line well and got our entire team in a good early position.”

The women’s team trailed first-place, and No. 1 WashU, by 226 points, second-place Massachusetts Institute of Technology by 188 points and third-place Brandeis University (Mass.) by 83 points.

“I think we surprised a lot of competition with how well we competed,” Curtin said. “We beat six teams that have been ranked ahead of us all year, so that was a big step.”

The No. 31 men’s team recorded 504 total points. Sophomore Jack Whetstone led the Eagles for the first time, finishing with an 8K time of 26:19, placing him 76th of 344 runners.

“We got off the start line aggressively and were able to navigate the race in a huge field,” Whetstone said of the team’s 8K experience.

“We need to focus on moving our pack up in the race, as well as knowing where our main competition is,” Whetstone said.

Both the men’s and women’s team are currently gearing up for the NCAA D-III Championships.

“We need all hands on deck to be ready to compete for a spot in the NCAA [D-III Championships],” Curtin said of the men’s and women’s teams going forward. “That is our goal on both sides.”

The Eagles return to action on Oct. 20 at the Bobcat Invitational hosted by Georgia College in Milledgeville, Ga. 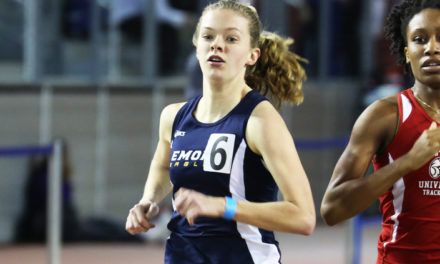 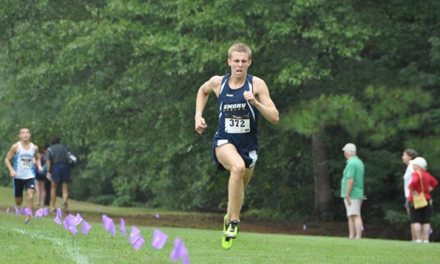 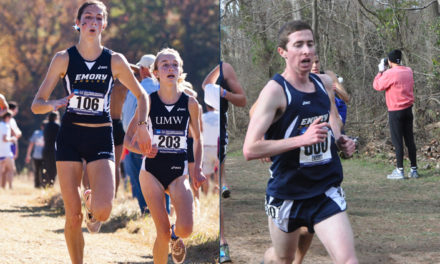 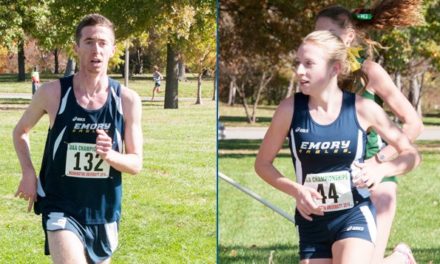 Men and Women Compete at Nationals