On Aug. 31 at 9:05 a.m., Emory Police Department (EPD) responded to a call from 6 Eagle Row, the Sigma Chi house, in reference to a theft. The complainant, a Gill Grilling employee, said that she entered the kitchen that morning and noticed missing food, burned potatoes and jalapenos in the sink, and the overhead fan she usually kept on was not running. The complainant said she believes that sometime between 8 p.m. on Aug. 30 and 8 a.m. on Aug. 31, someone entered the kitchen, stole food and cooked before fleeing. The stolen items include five pounds of chicken breast, a gallon bag of cooked potatoes, a few jalapenos, a container of hummus and two cartons of liquid eggs, according to the employee. The total value of the stolen items is $65. The complainant said the door to the kitchen area was locked when she returned and there were no signs of forced entry. The complainant told officers she would attempt to change the lock on the door. The case has been assigned to an investigator.

On Sept. 1 at 1:24 a.m., EPD responded to 15 Eagle Row, the Beta Theta Pi fraternity house, in reference to an Emory student down due to alcohol. When officers arrived, Emory Emergency Medical Services (EEMS) was providing medical treatment to the subject. The subject told EEMS that he drank about seven shots of liquor and threw up three times prior to their arrival. The subject was coherent while he was receiving treatment but had glossy eyes and smelled of alcohol. An officer asked the subject if he could go through the subject’s wallet in order to identify him, and the subject agreed. The officer found two driver’s licenses, one from California and one from Rhode Island. The officer determined the Rhode Island license was fraudulent and confiscated it. When asked where he obtained the fake license, the subject said “Reddit.” The subject told the officer he obtained the alcohol from another Emory student. After American Medical Response (AMR) responded to the location and transported the subject to Emory University Hospital (EUH), the officers visited the student who allegedly supplied the underage subject with alcohol. The student said he did not provide alcohol to the subject and was confused about why his name was mentioned. The student said the subject came to his room sometime after 10 p.m. and was already intoxicated. Campus Life was notified about the incident. 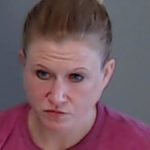 On Sept. 4 at 8:15 a.m., an EPD officer was monitoring a pedestrian crosswalk on foot at Michael Street and Clifton Road when a traffic accident occurred. The officer saw an Emory student traveling south down Clifton Road on a blue motorcycle at high speeds. The officer lost sight of the subject as she approached heavy traffic at the intersection of Clifton Road and Eagle Row. Shortly after, the officer heard the motorcycle’s engine rev up and the sound of a collision. As the officer approached the scene, he observed the victim exit his vehicle at the intersection while the motorcycle took a right onto Eagle Row. The officer spoke to the victim, who said a blue motorcycle had struck the rear end of his car and left the scene. The officer advised the victim to pull into the parking lot of the Depot by Kaldi’s Coffee on Eagle Row and wait for him while he tried to catch up to the suspect. The officer advised dispatch of the hit and run and gave a description of the motorcycle. Another officer located the motorcycle on the second floor of the Lowergate Parking Deck and asked dispatch to run the motorcycle’s tag. The vehicle was registered to Jenna Meints, an Emory School of Law student. Dispatch advised the officer that Meints was in a class in Gambrell Hall at the time. Officers went to the classroom and spoke to Meints. When asked if Meints knew why they need to speak with her, she responded, “Yeah, the motorcycle accident this morning.” Meints said that after the accident, she pulled over on Eagle Row near to the Depot by Kaldi’s Coffee and waited for police, but they never came. The officer asked her how long she waited and she stated she only waited for a short period of time. The officer who was at the scene told her he drove down Eagle Row approximately 90 seconds after the accident and didn’t see her anywhere, and camera footage showed her going down Eagle Row without pulling over anywhere. When an officer asked why Meints did not call 911, she responded, “I didn’t think of that.” Meints was arrested and charged with hit and run and following too closely. Meints was booked into DeKalb County Jail and her motorcycle was left in the Lowergate Parking Deck. If found guilty, she could face up to 12 months in prison. Meints did not respond to the Wheel’s request for comment by press time.

On Sept. 4 at 5 p.m., EPD responded to the Woodruff Physical Education Center (WoodPEC) in reference to stolen property. The complainant, an Emory student, stated that at 2:30 p.m., he placed his Gucci Ace shoes in locker 808 in the men’s locker room on the ground floor of the WoodPEC. When he returned at 4:45 p.m., he discovered they were missing. The shoes are valued at $600. There are no cameras in the area surrounding the locker room. The case has been assigned to an investigator. 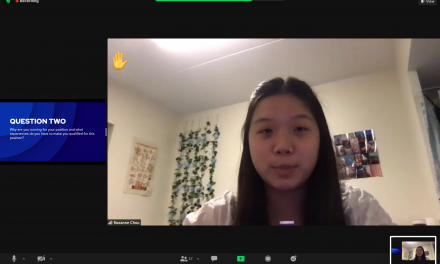