On April 20 at 6:31 p.m., Emory Police Department (EPD) responded to a call regarding a theft at Woodruff Circle. An Emory student reported her black Calvin Klein bookbag missing from the C-route shuttle stop at Woodruff Circle. She left the bag at 6:15 p.m. for a few minutes and walked to a different shuttle stop. When she returned, the bag was gone. The bag contained miscellaneous clothing items, a wallet, a debit card and her ID. The case has been assigned to an investigator.

On April 20 at 9:53 p.m., an EPD officer patrolling the Baker Woodland area adjacent to the Michael C. Carlos Museum smelled the odor of burnt marijuana and found three Emory students sharing what he suspected to be a cigarette containing marijuana. EPD spoke to the students and issued each a citation for violation of Georgia Code 16-13-2(B), possession of less than an ounce of marijuana. Campus Life was notified.

On April 21 at 5:05 p.m., EPD responded to a call regarding a theft from a vehicle parked on Level F of Lowergate Visitor Parking Deck. Officers spoke to a visitor, who reported parking his 2014 Cadillac Escalade around 8:30 a.m. He spent the day at the Emory Conference Center and returned around 5 p.m. to find two Sony cameras, a Sony Vaio laptop, a Samsung cell phone, a Brookstone video projector, a Sony 750 video projector and miscellaneous books and bags missing from the vehicle. The missing items are valued at $15,305 total. He said the vehicle was locked both when he left and returned. Officers saw no signs of forced entry. The case has been assigned to an investigator.

On April 22 at 12:46 a.m., EPD officers patrolling Eagle Row were flagged down by an Uber driver who was dropping off an Emory student. The student was unconscious in the back of her vehicle. EPD called Emory Emergency Medical Services (EEMS), and DeKalb American Medical Response (AMR) arrived on the scene. Officers found two IDs, one real and one fake, on the Emory student. Officers confiscated the fake license after cross-referencing her name on OPUS to determine the student’s real date of birth. DeKalb AMR transported the student to Emory University Hospital (EUH). Campus Life was notified.

On April 23 at 12:45 a.m., two EPD officers patrolling Eagle Row in front of Sorority Village stopped at the Delta Phi Epsilon lodge after seeing two Emory students holding red plastic cups. The two students attempted to hide the cups from the approaching officers. Officers took the cups and saw clear liquid smelling of alcohol inside. Officers cited one “argumentative” student for having an open container of alcohol in a public area, a violation of DeKalb County ordinance 16-69. Because she was cooperative, the other student was permitted to leave with a warning that it is illegal to consume alcohol under the age of 21 and to possess an open alcoholic container in public. Campus Life was notified. 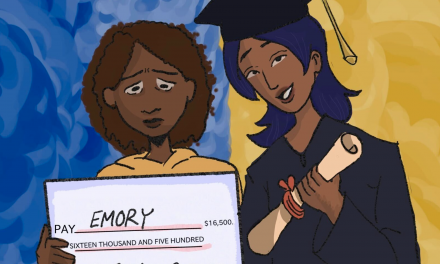 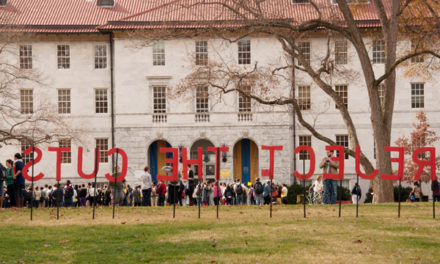