On Nov. 18 at 3:25 p.m., the Emory Police Department (EPD) received a report of fraudulent calls. The complainant, a graduate student at Emory, said that he received a computerized phone call on Nov. 15 at 10:33 a.m. that guided him through a series of prompts. He said that he followed the prompts and was soon connected with what sounded like a man. The complainant said that it was difficult for him and the man to understand each other. As a result, he stated that the phone call did not contain anything of substance and only lasted one minute and five seconds. The complainant said that he received another automated call that came from a different number on Nov. 16 at 2:43 p.m. He was again instructed to follow prompts and was connected to what sounded like a woman. He stated that during this call he was told that the caller was from the Social Security Administration and that there was a problem with his Social Security number (SSN). He said that the caller told him that someone had attempted to use his SSN fraudulently, and that she was going to cancel his SSN if he was sure that he was not the cause of the activity. He said that he provided his first name, last name and last four digits of his SSN to the caller. He said that the call ended shortly after.

On Nov. 18 at 9:39 p.m., EPD responded to the O. Wayne Rollins Research Center in reference to a report of an active fight. Upon the officer’s arrival, the two male subjects walked away from the officer. The officer called out to the two males and asked one to go to sit on the curb. The officer observed the other male, who continued to walk away from the officer, stumbling and struggling to walk toward Emory’s main campus. The officer said that the subject had difficulty standing on his own, and that once he stopped walking, he was unable to maintain his balance and fell over. He also yelled at the officer and refused to comply with verbal commands. The subject was placed under arrest for public drunkenness (O.C.G.A. 16-11-41). After being handcuffed to the rear and being told to walk toward the police vehicles, the subject yelled, “Which one? It’s a simple question — which car?” He then dragged his feet and attempted to force the officer to carry him. The officer placed him in the vehicle where he laid down in the back seat and refused to move. The officer said the subject refused to comply with commands and resisted by way of locking his arms. At some point during the interaction, the subject also urinated on himself. The subject was transported to the DeKalb County Jail without further incident.

On Nov. 18 at 11:39 p.m., EPD responded to the Robert W. Woodruff Library in reference to a report of theft. The complainant said that he left his Apple AirPods Pro earphones on a table in the second-floor study area between 10:30 p.m. and 11:30 p.m. He said the AirPods were not where he left them when he returned. The officer viewed the video footage from the camera in the area reported by the complainant but did not find anything that appeared to be related to the incident.

On Nov. 18 at 11:58 p.m., EPD responded to the Woodruff Residential Center (WoodREC) in reference to a report of a narcotics violation. The complainant, a resident adviser (RA) at WoodREC, said that he received an anonymous phone call notifying him of drug-related activity in a room on the fourth floor at 11:42 p.m. He said that he immediately went to investigate the information given to him, and met with the subject in the room. The complainant said that the subject had a small amount of marijuana on his desk. The complainant stated that when he was in the room, the bathroom door was open and he noticed a gold grinder on the bathroom countertop. The subject gave the EPD officer permission to enter his room and acknowledged that the marijuana and grinding instrument belonged to him. The officer confiscated the drugs and paraphernalia. Campus Life was notified about the incident.

On Nov. 26 at 7:07 p.m., EPD responded to Emory University Hospital (EUH) at Wesley Woods in reference to a report of property damage. The complainant, an EUH Public Safety officer, said that the subject, a patient, ripped a wall-mounted telephone out of the wall after speaking to his parents. The complainant said that as he arrived on the scene, he witnessed the subject swinging the phone around as he taunted one officer who tried to approach him. The complainant said that he was able to calm the subject down by talking to him. The subject then received his medication from a staff member and went to his room without further incident. 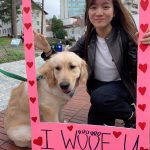