– On Nov. 22 at 2:15 a.m., officers responded to a call regarding an underage student under the influence of alcohol at McTyeire residence hall. The student was found unresponsive after a Sigma Nu rush event. The student was transported to Emory University Hospital.

– On Nov. 21 at 3:46 p.m., officers responded to a report regarding a scent of marijuana at Woodruff Residential Center. A residence advisor contacted the Emory Police Department (EPD) when he located green substances and a grinder in a student’s room. Less than one ounce of the substance was present. Officers confiscated all of the substance at the location. The incident has been turned over to an investigator.

– On Nov. 23 at 1:43 a.m., officers responded to a call regarding an underage student possibly under the influence of alcohol. The student was located in the parking lot of Pi Kappa Alpha fraternity. She was breathing but unresponsive. A witness saw her and contacted EPD. She said she had come to the party and went outside to get fresh air. Officers contacted the ambulance service for transport to Emory University Hospital.

– On Nov. 22 at 10:41 p.m., officers responded to a report from Emory staff members regarding three individuals who were trying to enter the Raoul Residence Hall construction site. By the time officers arrived, the individuals were no longer in the area.

– On Nov. 24 at 12:13 p.m., EPD was notified of a fire alarm at Few Residence Hall. According to the Residence Life director, staff members were attempting to cook plantains and triggered the fire alarm.

– On Nov. 20 at 6:40 p.m., officers received a report from a graduate student that unknown individuals were sending her inappropriate Snapchats. She changed her privacy settings in hopes that it would solve the issue. 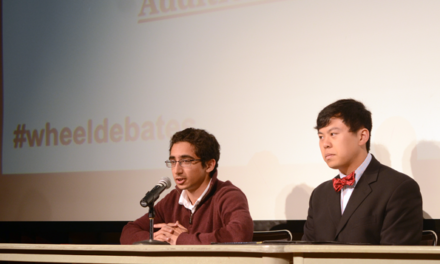