On Nov. 7 at 6:52 p.m., Emory Police Department (EPD) responded to a call regarding a lost Emory ID in the Robert W. Woodruff Library. A student told officers that their Emory ID had been stolen, used to gain access to the library and then used at Peet’s Coffee and Tea. They did not know exactly when or from where their card was taken but said they entered the library at 4:20 p.m. The case has been assigned to a detective.

On Nov. 11 at 4:30 a.m., EPD responded to a call from the Resident Advisor (RA) on call regarding underage alcohol consumption at Harris Hall. The RA on call reported that a 20-year-old female student was unconscious in the Harris entrance. Emory Emergency Medical Services (EEMS) and DeKalb American Medical Response (AMR) arrived on scene and found the student lapsing in and out of consciousness. The student was transported to Emory University Hospital (EUH).

On Nov. 11 at 2:57 p.m., EPD responded to a call regarding an unattended vehicle struck on the rear bumper on the driver’s side in Fishburne Parking Deck. An Emory staff member reported that their Toyota Corolla was struck between 9:35 a.m. and 1:15 p.m. A witness left a note that said the car had been hit after 10 a.m and listed the license plate of the responsible vehicle. The case has been assigned to a detective.

On Nov. 13 at 2:21 a.m., EPD responded to a call regarding underage alcohol consumption at Hamilton Holmes Hall. An RA reported that an 18-year-old male student was found unresponsive on the building’s fifth floor. DeKalb AMR also arrived on scene. The subject reported he had consumed more than 10 drinks and his roommate stated that subject had vomited on himself at least twice. The subject refused transport to EUH and his roommate said he would watch him throughout the night.

On Nov. 13 at 4:03 a.m., EPD responded to a call regarding underage alcohol computation at 12 Eagle Row, the Alpha Tau Omega (ATO) house. Officers found an 18-year-old female Emory student sitting on a couch and vomiting into a trash can in the house’s common area. She said that she couldn’t remember where she drank or how many drinks she had consumed. EEMS and DeKalb AMR also arrived on scene and determined that she did not need to be transferred to EUH. Campus Life was notified.

On Nov. 14 at 4:35 p.m., EPD responded to a call regarding a brush fire at Evans Hall. Officers arrived on scene, along with DeKalb County Fire, to find the remains of a fire behind the building on the side facing McDonough Field. An RA, Resident Life Coordinator (RLC) and the director of facilities and operations were on scene. The RA said that she used one of the hall’s fire extinguishers to put out the fire after a student alerted her about the fire. The firefighters observed several cigarette buds and concluded those were mostly likely the cause of the fire. An active investigation has been opened. 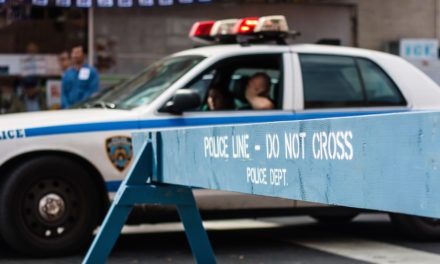 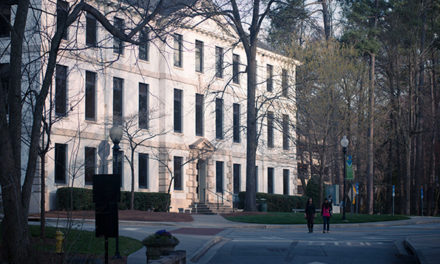