On Oct. 17 at 11:19 a.m., Emory Police Department (EPD) responded to a call regarding a bike theft at Casa Emory, the Spanish and Portuguese house, located at 756 Peavine Creek Road. Officers spoke with an Emory student who reported her bike missing from a rack in front of the house. She believes thats that the theft happened between Oct. 13 at 6 p.m. and Oct. 17 at 9:45 a.m. The bike, all black with no gears, is a rental from the Bike Emory program, which has a replacement fee of $500. The student filed a follow-up report on Oct. 19 at 4:35 p.m. and said that she found the bike parked outside the Robert W. Woodruff Library. She admitted she had forgotten she parked the bike there.

On Oct. 21 at 2:01 p.m., EPD responded to a call regarding disorderly conduct at the corner of Clifton Road and Gatewood Road. Officers spoke with an Emory student who reported standing at the corner as a man on a bike passed by and directed derogatory comments to her. She reportedly saw him approaching and moved out of his way, but as he passed he reportedly called her a “stupid f**king c**t” and a “f**king b***h.” He continued down Clifton Road toward the Emory University Hospital (EUH). She described the male as Mediterranean, 40 to 50 years old and wearing a dark-colored turban and ragged clothing. Officers arrived on the scene but could not locate the subject. The case has been assigned to an investigator.

On Oct. 21 at 6:30 p.m., EPD responded to a call regarding a reported suicide attempt. An anonymous female caller had said she received a text message from an Emory student that indicated he wanted to jump off a bridge and kill himself. An officer responded to the dorm room of the student in question, and he reportedly appeared fine. He denied sending any text messages indicating that he was going to kill himself. The female caller left no identification or contact information with EPD, but the student believed it may have been his former girlfriend who lives in North Carolina and is not an Emory student. The student reported his ex-girlfriend has been repeatedly contacting him, and he showed the officer his cell phone which indicated he had received 13 missed calls over the last two or three days from her. The case was filed as stalking and unlawful conduct during a 911 call. Campus Life was notified of the incident. The case has been assigned to a detective.

On Oct. 22 at 10:23 p.m., EPD responded to a call regarding marijuana possession at Harris Hall. Officers spoke with a resident adviser (RA) who reported smelling a strong marijuana odor from a room on the third floor while conducting a floor check. The RA knocked on the door and immediately entered the room when the student opened it. The RA observed three marijuana cigarettes on a computer desk and a student in the middle of the room holding a large alcoholic beverage. The RA confiscated all items and called EPD. When officers arrived on the scene, they went to the room to talk to all four students, but only one remained in the room. The fourth student denied ownership of the marijuana and alcohol. No citations were issued. 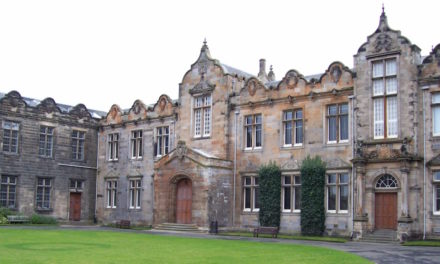