The Inaugural Season is in the Books, But the Story is Just Beginning for Atlanta United

Atlanta United FC ended its inaugural season Oct. 26 with a 3-1 loss on penalties to Columbus Crew SC in the knockout round of the Audi 2017 Major League Soccer (MLS) Cup. Atlanta’s foundational season far exceeded their fellow expansion team Minnesota United FC, who finished third to last in the MLS Western Conference. Columbus, though currently in the conference semifinals, faces a blurry future as rumors swirl of a move to Austin.

The game at Atlanta’s Mercedes-Benz Stadium ended 0-0 after extra time. However, with 41 total shots and 13 total shots on target, the game entertained throughout.

Both teams’ goalkeepers stood firm, as Atlanta keeper Brad Guzan made four saves to Crew keeper Zack Steffen’s eight. Following the second overtime, defender Leandro Pirez and midfielders Julian Gressel and Jeff Larentowicz failed to convert penalties for Atlanta, ending the team’s strong first season with a loss that can at best be described as painful.

Atlanta’s inaugural season was the third strongest of an expansion team in MLS history, after the 1998 Chicago Fire, who won the MLS Cup that year, and the 2009 Seattle Sounders FC, who made it to the semi-finals. Atlanta’s success on the field created high expectations for its fans, who exceeded the attendance record set by the Seattle Sounders in 2015.

Strong fan support and good management off the field have set Atlanta United on a different trajectory than the Crew, who face possible relocation to Austin, Texas, before the 2019 season. Columbus’ Mapfre Stadium was the first soccer-specific stadium in the United States, but has fallen behind newer stadiums in capacity and amenities — the Mapfre Stadium offers 19,968 seats to Atlanta’s 71,000.

Atlanta United owner Arthur Blank is responsible for much of the team’s early success. Blank, who also owns the Atlanta Falcons, has invested millions of dollars in community development in the quickly gentrifying Atlanta Westside near the Mercedes-Benz Stadium. Blank’s approach contrasts that of Columbus Crew owner Anthony Precourt. Precourt recently disputed claims made by local business leaders that they offered to buy half the club to keep it in Columbus. The Crew had the third worst attendance in the league at a season average of 15,429.

Meanwhile, Atlanta United was built for long-term success. Blank brought in Darren Eales, the former Director of Football Administration for Tottenham Hotspur FC, as president. Former U.S. national team captain Carlos Bocanegra came in as technical director, helping to plan and put together the United roster from scratch. Elite coach Martino was hired to coach a young team to play fast, exciting soccer. Blank invested further in United’s academy and the future of soccer in Atlanta with a $60 million training facility in Marietta, Ga.

Martino and Bocanegra face tough decisions ahead of next season, with young players like Josef Martinez tempting other clubs and an opportunity to offload underperforming high-earners like Kenwyne Jones.

Columbus leads New York City FC 4-1 on aggregate following the first leg of the Eastern Conference Semifinals. The second leg of the semifinals will take place in New York Nov. 5.

Where Is the Braves’ Fan Support? 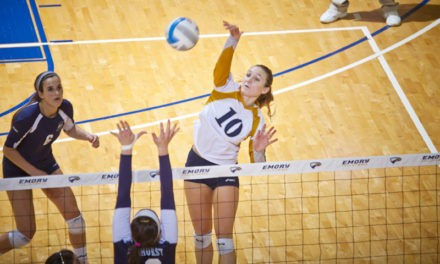 Volleyball Team of to Strong Start in Conference 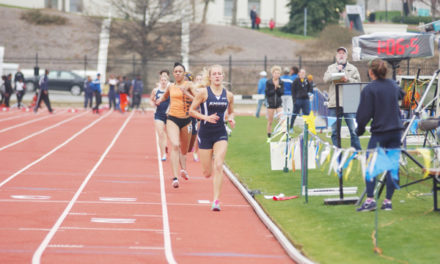