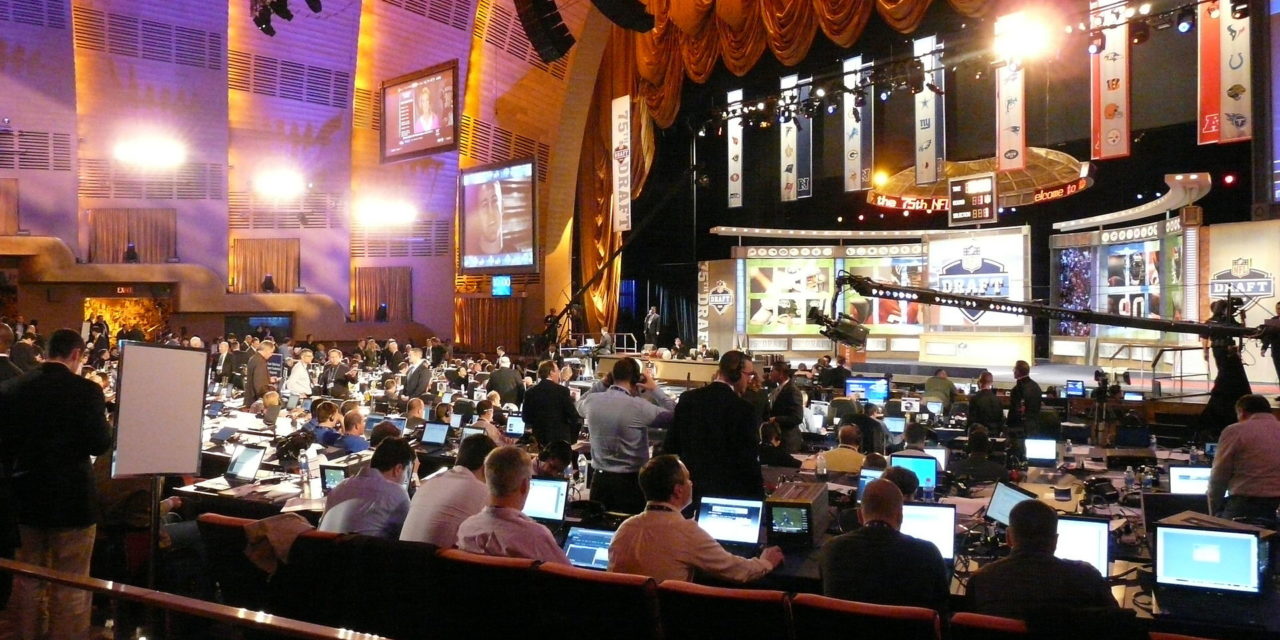 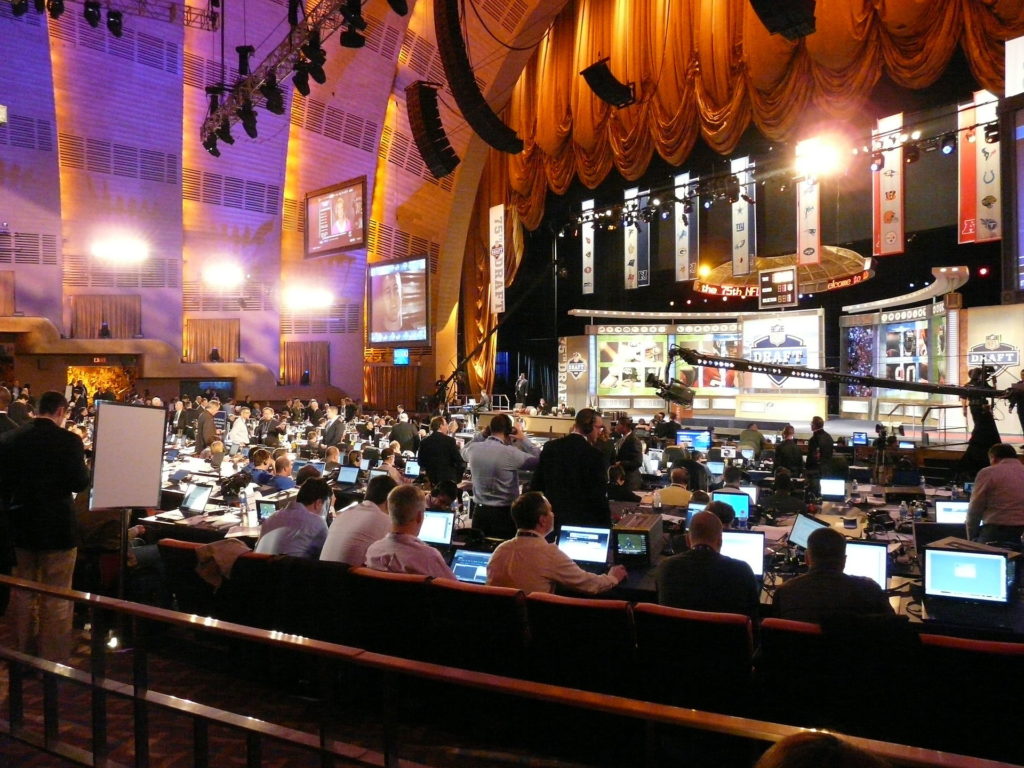 Teams prepare for picks in the 2010 NFL Draft. The 2020 NFL Draft will be held virtually April 23. Courtesy of Wikimedia Commons

While almost all of the sports world has been put on hold, there is still one event that will continue virtually the 2020 NFL Draft. Originally, the draft was going to be held along the Las Vegas Strip. The red carpet was set to be showcased on the water at the famous Fountains of Bellagio, and the main stage was supposed to be adjacent to Caesars Forum.

This extravagant plan was called off on March 16 as the Centers for Disease Control and Prevention recommended canceling all events with more than 50 people. On April 6, the league announced that the draft would go on in a completely virtual format.

As a result, team officials will remain separated during the draft and communicate with each other through the internet or by phone. Teams will not be able to convene in team facilities, which were ordered to be closed on March 26, at any time like they did in previous drafts.

Team scouts have also been severely affected by the changes. Teams are prohibited from meeting with players at their facilities and forced to strictly communicate virtually. This prohibition prevents clubs from bringing prospects in for interviews, watching them play in person with their own workouts and getting to know players in a more personal fashion.

The draft is currently scheduled to begin on April 23 at 8 p.m. EST. The first round will occur on Thursday night, rounds two and three on Friday night and rounds four through seven beginning at noon on Saturday. Fans will still be able to watch the draft at home, but plans have yet to be confirmed which network will televise the draft and how it will be broadcasted.

With the event just around the corner, The Wheel predicted how the draft will proceed, along with explanations for the first five selections and a list through the Atlanta Falcons first-round pick at No. 16. These picks are based on the needs of each team, rumors and each team’s draft history. No trades have been factored in, and the draft order is as of April 16.

Ever since the Bengals selected quarterback Andy Dalton in the 2011 NFL Draft, they’ve been mediocre. Cincinnati made five straight playoff appearances with him but lost in the wild-card round each year with him as their quarterback. The team has not made the playoffs since 2015, and its record has declined each season since then. The rest of the roster is strong enough to be better than a 2-14 record in 2019, so there’s only one option left: remove Dalton and select quarterback Joe Burrow to lead their franchise. Burrow transferred to Louisiana State University last season — after being benched by the Ohio State University — and led the Tigers to a national championship. The 2019 Heisman Trophy winner proved he can compete with top teams, and scouts see many signs that his game will translate well to the NFL. With Pro Bowl wide receiver A.J. Green coming back from an injury, Burrow will have plenty of talent to help him lead the Bengals back to the postseason.

Defensive end Chase Young is one of, if not the most, talented players in this draft class. At the Ohio State University in 2019, he broke the single-season sack record with 16.5 sacks even though he missed two games. He’s a long and athletic playmaker who is more than capable of exploding through offensive lines. Former Ohio State University defensive ends — including the 2019 second overall pick Nick Bosa and his older brother Joey, the 2016 third overall pick — have had lots of recent success in the NFL. While Washington may have other more immediate needs, Young has too much talent and potential to pass up on.

There’s a chance the Lions trade this pick to a quarterback-needy team, but assuming they don’t, they should take cornerback Jeff Okudah to fill their empty cornerback spot. After losing Pro Bowl cornerback Darius Slay to the Philadelphia Eagles via a trade, Okudah could fill the open void. The 2020 draft class is weak at the cornerback position, so the Lions need to draft Okudah, who many believe can be one of the league’s best immediately after he’s drafted.

Last year, the Giants used the sixth overall pick to select quarterback Daniel Jones to become their next franchise quarterback after longtime starter Eli Manning retired. To keep Jones on his feet, the Giants must heavily invest in their offensive line, which struggled last season. Tristan Wirfs played at both right and left tackles at the University of Iowa, which provided the Giants flexibility to move him around the offensive line. He ran a 4.85 second 40-yard dash, the fastest among offensive linemen in his class. His lateral quickness at 320 pounds is very impressive and puts him above the rest of the linemen in this draft.

The Dolphins did not win their first game until November last season, prompting the chant “Tank for Tua” to grow louder and louder after each loss. Miami has tried different players at quarterback recently, but none have been able to bring them success. Quarterback Tua Tagovailoa stepped into the spotlight during the College Football Playoff in 2018 and led the Alabama Crimson Tide to the national title. Going into the 2019 season, he was projected to be the first overall pick in this draft, but he suffered a season-ending hip injury in the middle of the season. Teams have their concerns about his health, but the recently released film shows Tagovailoa in great condition and with good mobility.