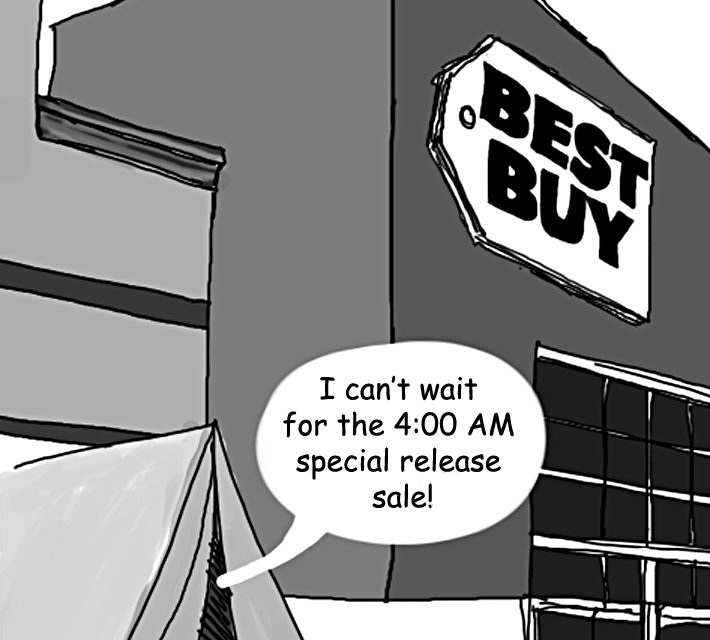 As news reports of people waiting outside front doors for hours, literally fighting with one another over products, become commonplace this time of year, one can only assume that Black Friday is little more than a spectacle – and an ugly one at that.

In short, it is an extremely shameful, embarrassing thing to watch, but more importantly it says more about a lack of values in public life and offers a great opportunity to check in with the country’s ethos. The ways in which people spend their time and money are some of the best indications of their values and our consumer culture leaves much to be desired in this regard.

This country has been sold on the idea that longstanding happiness and fulfillment are imminent with a few more purchases – we value things, worship money and disregard people, so there shouldn’t be much of a surprise. At the heart of Black Friday shopping is a desperate need to justify oneself by purchasing products before and at a lower price than others or fulfilling an empty sense of adventure.

But very little of the ordeal actually has to do with the products themselves. Instead, corporations have unequivocally outsmarted the American public by manufacturing an event, which feeds off the consumer’s most basic impulses.

Holiday shopping reveals much about the broader consumer-based economic system, which encourages such lack of virtue. Something like Black Friday could never have existed in an agricultural or manufacturing-based economy. It is the product of an economic system that excels in training individuals to consume as much as possible and to disregard any injury it causes to others.

It is no coincidence that an economy and culture based upon consumption and fleeting self-interest has coincided with other moral embarrassments prevalent in this country in recent decades like the rising obesity rate, high numbers of divorce and personal debt, income inequality and though less-quantifiable, a growing sense of loneliness.

There is also a beautiful bit of irony that millions of Americans engaged in such behavior to celebrate, at least in theory, the beginning of the Christmas season only a week after Pope Francis admonished the immorality of consumer capitalism. As Francis succinctly wrote: “Today’s economic mechanisms promote inordinate consumption, yet it is evident that unbridled consumerism combined with inequality proves doubly damaging to the social fabric.”

Black Friday clearly is not going anywhere – companies depend on it almost as much as its consumers do. But American values and the ways in which we interact with one another and find a sense of fulfillment can use some serious, yet simple improvements.

The easiest of which is buying products online, which is becoming more common. If parting with discounted products or waiting a few days after the madness subsides is too much to bear, this medium at least allows consumers to maintain more of their dignity and to avoid the carnival of the event, assuming of course, that the product, rather than the experience, is the end goal.

A simple consideration of the retail workers who take time away from their friends and families would go a long way, especially considering the increase of store openings on Thanksgiving Day rather than the following Friday – a natural byproduct of consumer demand. It is also worthwhile to be mindful that many of the people on the other side of the counter earn less than a living wage while customers are happy to spend money in a mindless fashion.

No one is going to knock down doors to do so, but if people are so anxious to spend their money, wouldn’t it be more impactful and lasting if donated? An organization like Heifer International, which gives animals to families around the world to provide food and help farm, exemplifies a far more positive alternative with the goal to end poverty and hunger.

It also seems a much more appropriate act than fighting and quarrelling given the context of the Christmas season. Better yet, a more substantial sense of personal satisfaction is practically guaranteed if this type of celebration of the holidays takes priority.

With that in mind, have a Merry Christmas and a Happy New Year. 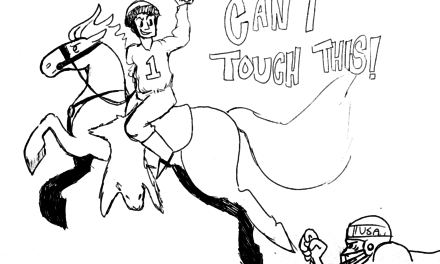 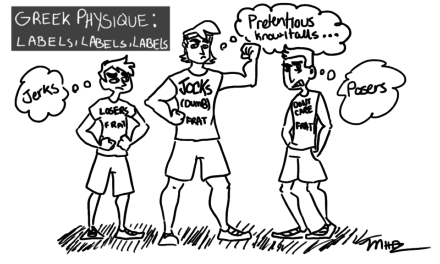 The Economics of Interpersonal Relationships