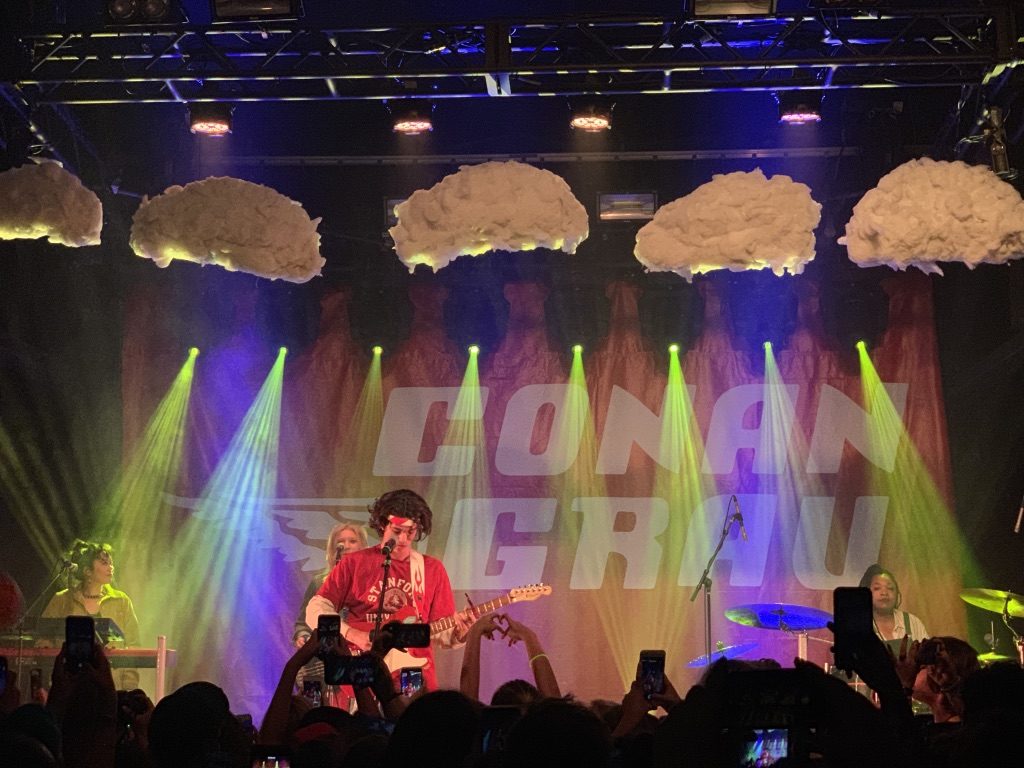 Terminal West, an Atlanta favorite, was completely sold out for weeks as dozens of fans anticipated Conan Gray’s show on the night of March 24. Gray, along with his opener, girl in red, have both surged in popularity rather quickly. Neither artist has been releasing music for more than a year or two, yet they have embarked on tour with multiple sold-out show dates.

Gray initially built his fanbase through his YouTube channel, uploading his first video in February 2013 and amassing over 1.2 million subscribers. This past February, Gray opened for renowned pop-punk band Panic! at the Disco. Barely three weeks later, he began his tour, “The Sunset Shows,” in support of his first EP, “Sunset Season.”

When Gray jumped on stage, the mostly teenage crowd instantly greeted him with an outstanding roar. The recent signee of Republic Records fervently launched into his hit song, “Generation Why.” The song is a play on Generation Y, a term that typically holds negative connotations for people under the age of 30. The pleasant pop melody is slightly misleading, as the song only reveals its true attitudes through the lyrics, which discuss the negativity and stigma surrounding Generation Y.

Most of the songs on Gray’s EP follow a similar formula — they sound delightful enough to engage listeners, but also profound enough that the listener wants to keep listening to unpack their meaning. I felt the same way about the next song, “Greek God.” A more lighthearted version of a diss track, the song is a subtle retaliation against the mean girls and guys in high school.

The Texas native also performed an unreleased song, “Comfort Crowd,” which he described as a nostalgic ode to the oldest of friends.

He closed the set with his most popular song, “Crush Culture.” The ballad presents an alternative to the typical love ballad by criticizing the “crush culture” that many feel so pressured to participate in. Popular Western media has reiterated the idea that young people should either be in or want to be in a relationship. The song is an anthem for those aware of the “toxic” crush culture, and they received his commentary with open support. Toward the end of the night, the audience joined in with Gray to sing about their independence from the toxicity of “crush culture.”

The Norwegian singer, girl in red, opened for Gray by jumping onstage to the beat of her song, “i wanna be your girlfriend,” a clear fan favorite based on the crowd’s screams and applause. Since the singer only has nine songs to her name, her set was understandably shorter. However, she used every minute of her time, bantering like a typical socially awkward millennial with the audience and talking about her day and what she loved about Atlanta. She interspersed these anecdotes through her set, which included songs “forget her,” “summer depression,” “i need to be alone” and “girls.”

The musician champions embracing one’s own sexuality. Her audience clearly felt the same way; several fans sported LGBTQ pins, flags and clothing. This contributed to the positive vibes that pervaded the concert, with concertgoers offering to share hair ties, throwing around balloons and feathers boas, and yelling “yes, queen!” through both artists’ performances.

Both 20-year-old artists have carved niche audiences with their dreamy bedroom pop music. Overall, Gray and girl in red provided the teenagers in attendance (and their parents) a wholesome night with no pressure to drink — a night to just sing along and enjoy the music. Leaving the concert, I felt that I had to tell everyone I know about Conan Gray and how pleasantly soothing his music is. I cannot recommend Gray’s EP or his performances enough, and I am positive that this tour will draw the attention of so many more to his incredible sound.