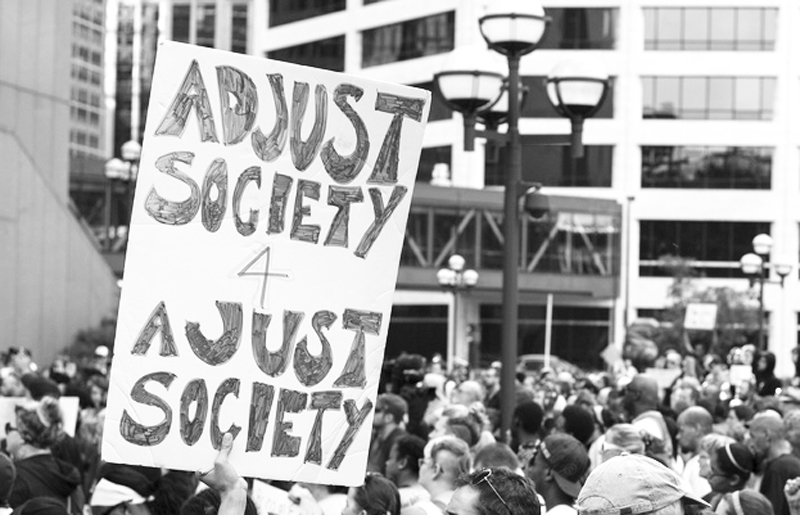 This week, representatives for George Zimmerman and hip-hop musician DMX announced that the two were in negotiation with celebrity boxing promoter Damon Feldman to fight a televised pay-per-view boxing match. Though there has been no formal contract signing, the match is expected to take place sometime in March.

If you’ve somehow forgotten, Zimmerman is the man from Florida accused of the murder of Trayvon Martin but acquitted on July 13, 2013. There has been an incalculable amount of ink spilled on Martin and Zimmerman since the latter’s murder of the former, and I assume that the readers have reached their own conclusions about that whole situation. I feel very strongly that Martin’s murder was motivated by racism on Zimmerman’s part and that these same factors affected his subsequent acquittal. However, I will restrain my discussion to the boxing match itself.

And what a boxing match! The event is almost beyond my comprehension. My immediate reaction was overwhelming alienation. Who, I wondered, could birth such a craven, exploitative exhibition? Who could conjure up such a horrifying celebration of violence and disengagement from the concrete suffering of human beings?

The match was, apparently, Zimmerman’s idea. Feldman, the organizer and an admitted opportunist, said that he received more than 15,000 requests to fight Zimmerman in the ring, ultimately deciding on DMX. What’s more, the event was announced in most major news sources on Feb. 5, Martin’s birthday. Feldman has already apologized for this so-called ‘accident,’ but I am skeptical that a man who trades in manipulation and ‘shock factor’ could have acted out of anything other than the cruelest calculation.

But alienation quickly gives way to unmitigated rage. I am repulsed beyond measure. This is the vilest form of spectacle, a display of the most atrocious sort of pleasure. I usually hesitate at the rhetoric of cultural decline; I think such arguments are often grounded in misdirected moralism and covert prejudice. However, this boxing match is unprecedented in it depravity.

It feels torn from the pages of a satire, more Pynchon or Swift than anything that could ever actually happen. Zimmerman is cultivating a cultural niche on the bones of a murdered young man.

DMX’s involvement is a more complicated matter. One senses that his motivations are personal as opposed to financial. Again, Feldman received thousands of requests to challenge Zimmerman, and though I cannot endorse his involvement in the project, I refrain from taking a stance on something so obviously charged by the United States’ history of racism for DMX.

This boxing match exists beyond the pale of cultural tragedy. It is another in a long line of abuses against African Americans, a farcically overt disregard for the horrors of racism and violence as experienced by millions of people every single day.

I implore you, reader, to reject this at all costs.

Do not purchase this pay-per-view event or you will be putting more money into Feldman’s and Zimmerman’s pockets. Discourage everyone who expresses even the most remote interest from watching this. No amount of ironic detachment or hope to see Zimmerman bested by DMX could ever justify your financial show of support. Take a stand against this complete disregard for human dignity.

We, as a culture, can be better than this. We do not have to accept this order of cynicism disguised as event viewing.