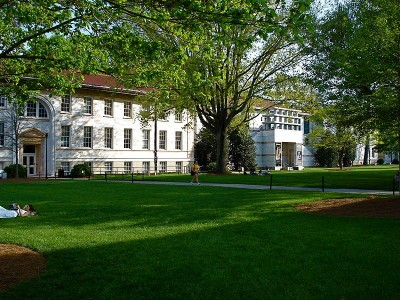 The Process Review Committee (PRC), which formed last spring to investigate the decision-making process that determined the department changes announced in September 2012, has concluded that College Dean Robin Forman and his predecessor Robert Paul did not violate College Bylaws, according to a PRC report released yesterday.

However, the official report, released to College faculty via email, also says that the current College Bylaws “do not contain clear and sufficient procedures for the closing, changing or reorganizing departments or programs.” The committee also concluded that communication errors occurred between the College administration and the affected departments and programs.

The report detailed several recommendations for moving forward, including a revision of the Emory College Bylaws to delineate a clear procedure for future department or program changes and a call for more transparency.

In September 2012, the University announced the “phasing out” of the Visual Arts Department, the Division of Educational Studies and the Journalism program, as well as the suspension of admission to a few Laney Graduate School programs. Many students and faculty reacted to the announcement with rallies, the formation of #EmoryCuts and the filing of several appeals and grievances, which detail alleged Bylaw violations and discuss the position cuts and departmental reassignments that will result from the plan.

The PRC, which was established on March 19, 2013 after faculty voted at a meeting to create an independent committee last January, included five faculty members: Matthew Bernstein, professor and chair of the Department of Film and Media Studies; Oded Borowski, professor of Biblical Archaeology and Hebrew; Scott Lilienfeld, professor in the Department of Psychology; Fred Menger, Charles Howard Candler professor of Chemistry and Gordon Newby, Goodrich C. White professor of Middle Eastern and South Asian Studies and Chair of the PRC.

According to the official report, the PRC attempted to evaluate the role of the Emory College Governance Committee (GovCom) as well as the College Financial Advisory Committee (CFAC) – the committee that helped Forman determine which departments and programs would be affected – by interviewing deans, members of the affected departments and programs, reviewing public records and minutes and reviewing written communications to the committee.

“The committee worked very hard on its reports, and as a member of the committee, I participated in its interviews, deliberations and the production of the report,” Borowski wrote in an email to the Wheel. “Thus, needless to say, I am satisfied with the report and the conclusions included in it.”

The Committee members said in the report that they attempted to look at both the pros and cons of the department changes process in order to develop a comprehensive understanding of the process and recommend a more effective system for the future.

“If anything has become clear to us,” the report says, “it is that greater faculty participation in governance and clearer, more effective communication between the Emory College Faculty and the College administration will alleviate, it not forestall, future difficulties of the sort we have recently experienced.”

Though, Forman wrote in an email to the Wheel that a balance must be struck between public and private discourse when making hard and important decisions.

“The process we followed was largely designed by the Faculty Governance Committee with the explicit understanding that the best decisions would result from a process in which many fundamental conversations would be confidential,” he wrote. “The report recognizes that we made decisions about process with the best interests of the College at heart, and with the best of intentions, but the committee believes that the process would have been improved with more of an emphasis on transparency. I take that recommendation very seriously.”

The report states that the Committee was unable to access some “potentially important areas of information” and so employed their “best judgment” concerning the process based on the available information.

More specifically, the PRC attempted to interview members of CFAC unsuccessfully, the report says. Although CFAC members sent the PRC a memo outlining aspects of their process, they declined to an interview on the basis that they have “grave concern over the precedent established by creating a faculty committee to ‘review’ the work of another duly created faculty committee…” and the “limits afforded by our promise to keep our conversations and advice to Deans Paul and Forman confidential,” according to the official report.

Associate Professor of History Matthew Payne, who proposed the creation of the PRC – also known as the Payne Committee – wrote in an email to theWheel that the report illustrates a lack of transparency, “as many of us suspected,” as well as a breakdown in communication between administrators and affected programs and departments.

“Clearly, the Emory Bylaws are so murky on this subject that it is impossible to say whether they were or could be contravened by the way the administration acted,” Payne wrote.

Still, David Armstrong, senior lecturer in the Journalism program, said, “it’s a shame that the committee didn’t bother to become more familiar with the facts.” Armstrong is one of the faculty members who has signed appeals and a grievance against the University’s decision to not renew his contract as a result of the department changes.

“They did not take advantage of the opportunity to speak to many people who are most familiar with these matters despite numerous offers,” Armstrong said. “They are also wrong on many of the basic facts of the case.”

Faculty and the Department Changes

The PRC expressed in the report an understanding of the delicate and emotional nature of the matter at hand. They explain their attempt to account for and control potential “hindsight bias” by recognizing that there is no easy way to “implement major cuts that do not displease many faculty members.”

The College administration made difficult decisions in “good faith and without malevolence,” the PRC concluded, while attempting to reduce the embarrassment of affected faculty members and lecture-track faculty. However, the PRC is not certain the strategy employed was the most efficient or transparent.

“From our interviews,” the PRC states in the report, “we sense that an enormous residue of resentment remains, and many or most affected department/programs believe that they were treated unfairly.”

They state that the College administration chose to “[pull] the Band-Aide off quickly” rather than allow the news of the department changes to sink in slowly during a longer period of time.

Many affected members said in previous interviews with the Wheel that they did not see the department changes coming and that Forman’s University-wide email announcement was the first they had heard of any impending changes.

Although College administrators conveyed to the PRC during interviews that they feel they communicated adequately with the affected departments and programs, the PRC found that affected faculty staunchly disagreed.

“We believe that the lack of transparency in some of the decisions has contributed to a lingering sense of resentment in the affected programs, as well as an understandable sense of trepidation in many non-affected programs…” the report states.

The lack of transparency in the process led the committee to delineate four central recommendations for future interactions between the College and the College administration.

The Committee stated in the report that the procedure for future department or program changes should include a clear step-by-step outline that dictates who evaluates a program, how the program should be consulted and notified, the length of time involved in the process and what criteria will be used to in these evaluations.

“If departments and programs are cut with little or no certitude of problems, this can inadvertently contribute to an atmosphere of fear and paranoia on campus,” the report says.

Additionally, the PRC sees room for improvement between Emory College faculty and University faculty relations. Due to the job uncertainty and unequal avenues for appeal afforded to both non-tenured faculty and lecture-track faculty, the PRC recommends that College faculty find effective ways to connect University governance processes with College governance processes, according to the report.

The PRC also thinks that a concrete understanding of Emory College’s vision for a liberal arts mission is essential. Forman, the PRC concludes, seems to have a clear, yet informal, vision of the liberal arts at Emory, as he lists Chinese Studies and New Media Studies as important parts of the College’s future.

However, this vision has not been formally agreed upon and may not be shared by the rest of the College community. The PRC recommends that conversations continue with the aim to define what a liberal arts education entails.

“Although we harbor no illusions that such a process will lead to complete agreement, we are confident that it will help us better understand our complex character as a liberal arts college in a major research university,” the report says. 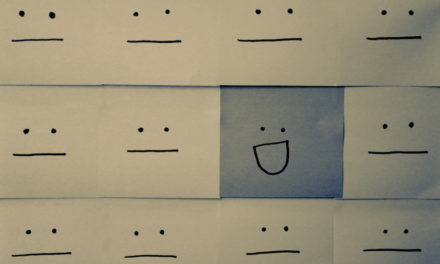 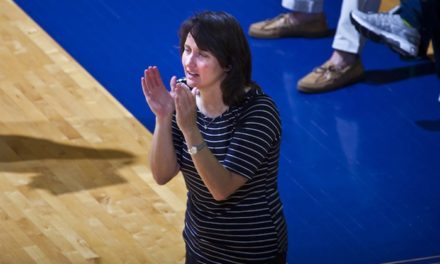 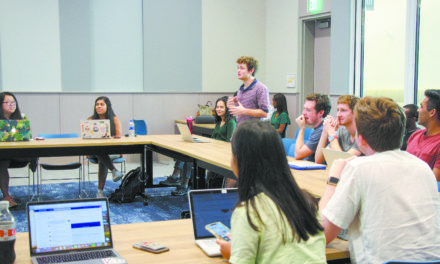