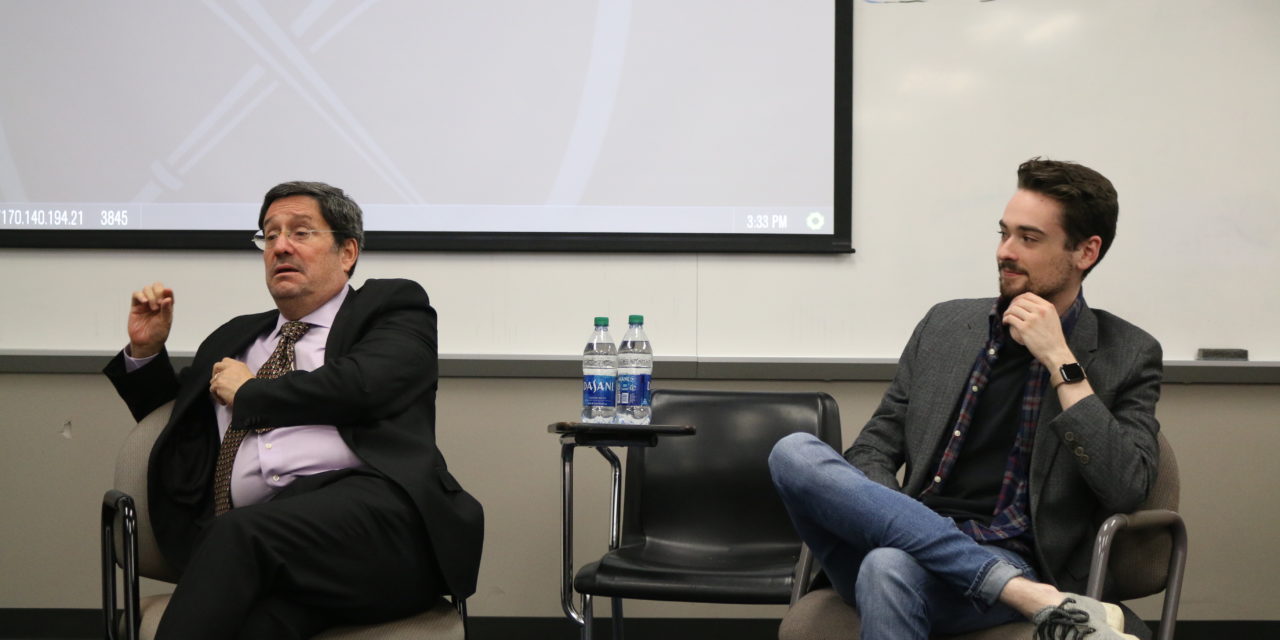 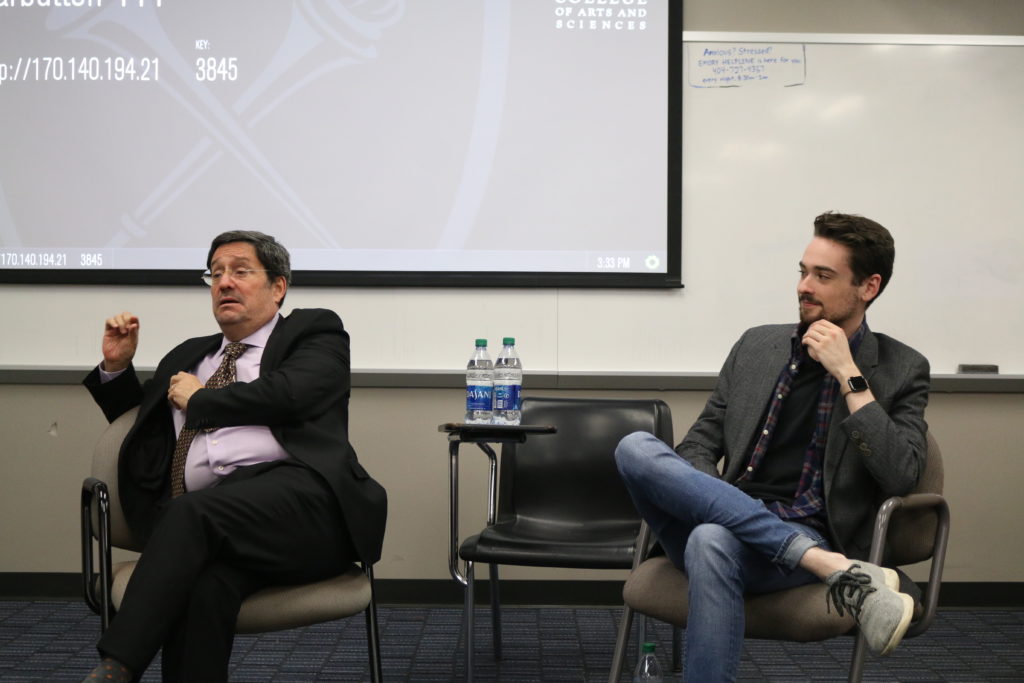 Ambassador of Colombia to the United States Francisco Santos Calderón, known as Pacho Santos, expressed concern over the future of democracy in Latin America and the Western world in a lecture at Tarbutton Hall on Tuesday.

“I think this is the beginning of very turbulent times,” Santos Calderón told the crowd of approximately 20 students. “Welcome to the rollercoaster.”

Santos Calderón, who previously served as the Vice President of Colombia between 2002 and 2010, was joined in conversation by Noah Cosimano (21C), managing editor of the Emory Political Review.

Prior to his tenure in the executive branch of the Colombian government, Santos Calderón served as Deputy Editor and night Editor-in-Chief of Colombian national newspaper El Tiempo. Speaking on growing public distrust toward journalism, Santos Calderón described a “crisis of the media,” detailing how an increasing reliance on social media has resulted in not only a deterioration of longstanding journalism practices, but also a spread of misinformation.

“Social media has allowed the citizen to get information without knowing where it comes from,” Santos Calderón told the audience. “You have people who are a lot more informed but very shallow.”

Santos Calderón pointed to CNN as an example of how the quality of journalism is “suffering”, with the exception of The New York Times, The Wall Street Journal and The Washington Post.

“[On CNN] today you have talking heads with opinions,” he said. “Journalism is, to be very sincere, left behind.”

Santos Calderón argued that misinformation has made it “very easy to manipulate” the population, and that such practices “poison” the political debate. Santos Calderón’s concerns were motivated by his belief that the system of democracy is underpinned by the “crucial” practice of journalism.

Santos Calderón also acknowledged that the perils of journalism are not merely limited to popular distrust, and that reporters can often find themselves in dangerous situations.

“I’ve seen cases where they publish where a journalist lives,” he revealed to the audience.

Last year was the deadliest year on record for journalists, with 80 journalists killed, 348 in prison and further 60 held hostage. Santos Calderón was himself kidnapped in 1990 by the Medellín Cartel founded by Pablo Escobar, in an attempt to pressure the Colombian government into retracting its support for the extradition of narcotraffickers to the United States.

Santos Calderón, whose tenure in the executive branch focused on anti-corruption, was nevertheless quick to specify that while journalism is vital in exposing corruption, it should not supplant the state, particularly the judicial system, in upholding democratic values.

“You can be a great newspaper doing great investigative journalism, but if you don’t have a good judicial system you just end up crying wolf,” Santos Calderón said.

Santos Calderón also discussed the strengths and weaknesses of various levels of government, touting the benefits of local government and expressing skepticism toward the government at the international level.

Nevertheless, Santos Calderón recognised the potential that the benefits from international government are larger in scale. He pointed to the success of the bipartisan American initiative Plan Colombia, which has provided Colombia with $11 billion since 2000. The initiative has been overseen by four separate Colombian and U.S. Presidents each.

“I think [Plan Colombia], after the Marshall Plan, [is] the biggest foreign policy success that the United States has had,” Santos Calderón stated.

In spite of this, Santos Calderón confessed his pessimism regarding the future of international relations.

“I think countries have to be prepared for a world where we’re less stable,” he acknowledged. “The sphere of influence is going to be dictated more by geographical relationships than common values.”

He was similarly pessimistic in imploring governments to take action to ensure the protection of the Amazon rainforest.

“I personally think that there’s no way back from what we have done,” he said. “[Still,] it’s very important to do as much as we can.”

Santos Calderón concluded with his thoughts on the future of democracy. Comparing the U.S. and Latin America, he detailed how increasing political polarization has served to undermine democracy. He noted that the causes of this polarization differ between the two nations. In the United States, he argued, this polarization represents an “expression of frustration” against globalization, which has “impoverished the middle class.” He blamed the phenomenon in Latin America on individuals such as former Bolivian President Evo Morales, who, by adapting institutions to suit their personal needs, set a “very troublesome” legal precedent.

“When you’re in there in the room with someone, it’s engaging,” he said. “I would encourage everyone to come out and engage with these [speakers], because we always try to have a Q&A afterwards.”