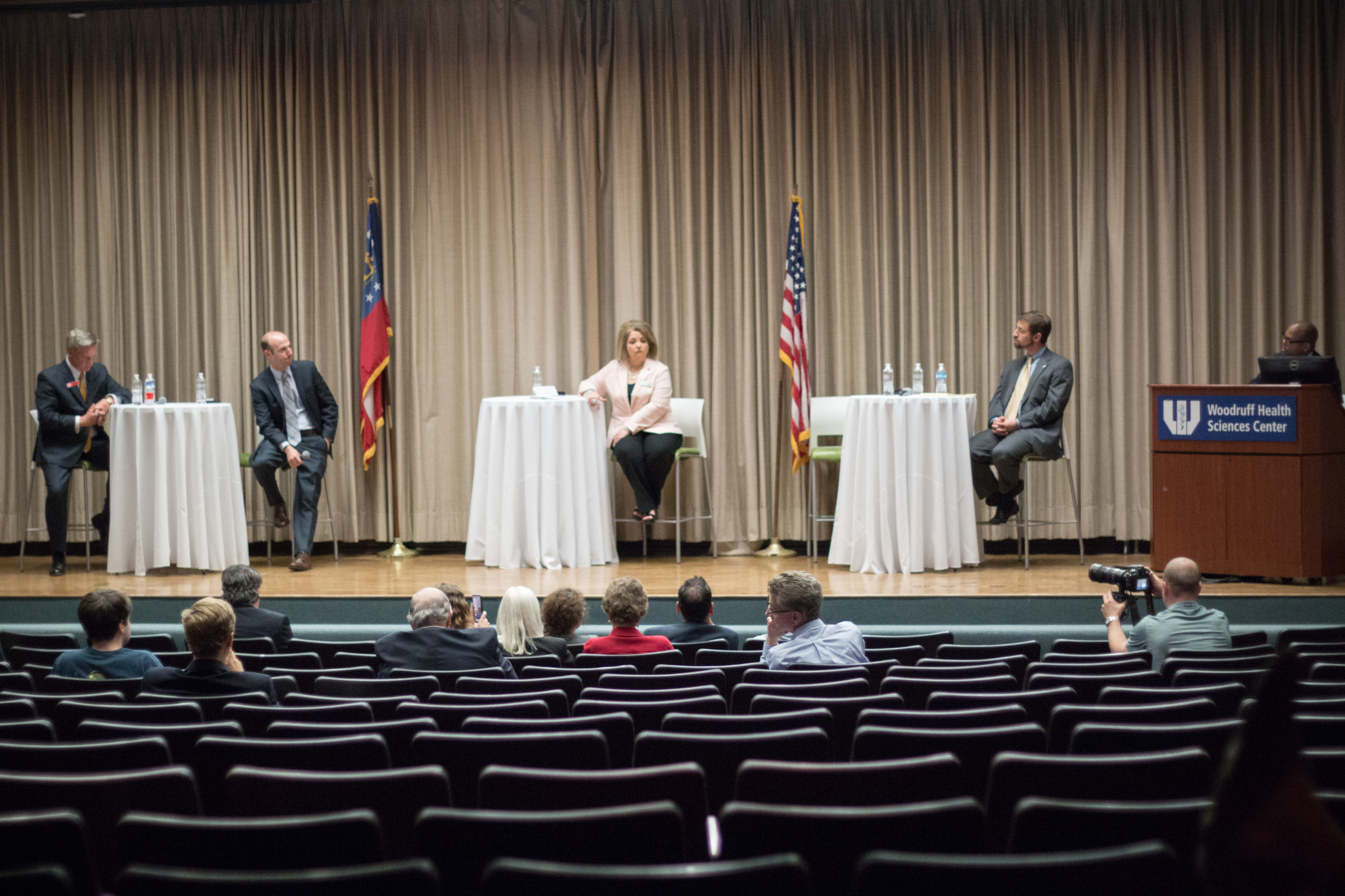 All of the debaters were eliminated in the April 18 special election.

Nearly all Republican candidates were invited, according to Emory College Republicans President Christian Zimm (17C). Of the five candidates present, none cleared 3 percent in the April 5-10 RRH Elections or Decision Desk HQ poll. Leading Democratic candidate Jon Ossoff and top vote-getting Republican candidate Karen Handel, who will compete in the runoff election against Ossoff June 20, as well as other leaders in the poll, declined to attend.

Executive Director of Barkley Forum Ed Lee moderated the event after Zimm asked him to assist.

On foreign policy, the candidates debated the United States’s role in the U.S.’s April 6 strike on Syria.

Grawert said the best strategy is to fight the Islamic State (IS) group and pressure Russia into removing their support from Syrian President Bashar al-Assad. Abrams added that the decision to strike should have been approved by U.S. Congress.

Bhuiyan, another candidate, left the debate early. Fifteen minutes into the event, Bhuiyan whispered some words to Lee, and then told the audience that he had an emergency and had to leave.

Zimm said “there is no question” Bhuiyan left because he was disappointed with the low attendance turnout.

“From the get-go, he was asking me about the crowd size,” Zimm said. “It’s interesting because he’s dead last in the polls … but I’m not sure what else he has better to do.”

Emory College Republicans organized the debate to bring Republican voices to Emory’s campus, according to Zimm.

“We’re trying to get people involved in the political process on campus and … make sure all the voices are being heard,” Zimm said.

“Everyone [on those debates] just felt so stiff, like they were nervous,” Cruz said. “It was very cordial. I liked the fact that they were pretty open.”

Matt Altman, another GSU graduate student, also attended the event and valued the authenticity of the candidates.

“Everyone that spoke really was coming from a non-politician, a humble view,” Altman said. “All these candidates have their own different perspective, and [I enjoyed] hearing why they want to represent the sixth [district] and what they can do in Washington with term limits or bringing common sense to balanced budget or just defending our rights.”