Americans are oddly obsessed with status despite living in a purportedly egalitarian society. From the football teams that we root for to the cities that we live in, we rank everything. In many cases, that practice is simply a benign pastime, but when it comes to colleges, it becomes an undeniable menace.

On Sept. 9, U.S. News & World Report (USNWR) released its 2020 Best Colleges Rankings. Princeton University (N.J.) and Harvard University (Mass.) took first and second place, respectively, and Emory was ranked No. 21 for the third year in a row. But let’s not dwell on arbitrary, ill-founded standings with almost no relevance to the college experience or benefits to the individual. It’s time to stop talking about status and start talking about students.

The idea of a guide to help people make informed decisions on higher education is not a bad one in theory. The college application process is daunting; the stakes could not be higher. For a news organization to provide the nation’s high school seniors with a wealth of well-researched information on colleges, free of charge, would seem to be an extraordinary act of generosity.

In practice, however, the spoils of the college ranking system have flowed overwhelmingly to just two groups: the publishers and the colleges themselves. Students are simply left out to dry.

The USNWR rankings are far from objective. Twenty percent of a college’s score is dependent on its academic reputation, a criterion that is almost impossible to reliably measure. That component of rank is estimated through a survey sent to over 4,000 college presidents, admissions officers and provosts. While that population would seem to be very qualified to judge academic quality, expecting every one of them to have intimate knowledge about the quality and prestige of all other institutions in the country is a fool’s errand. Many of those elite academics don’t even answer the survey themselves; they simply tell their assistants to take care of it. And what’s worse, the flaws in the USNWR methodology extend even further.

Alumni giving, which accounts for 5 percent of the ranking, is extremely easy to falsify and relates less to academic quality than it does admitted students’ privilege. Even other categories that would seem to have great relevance to applicants, such as six-year graduation rates and Pell grant statistics, are weighted against one another haphazardly and arbitrarily.

Universities are well aware of USNWR’s formula, as well as the massive benefits of a jump in rank. As such, many find it beneficial to manipulate specific criteria to move up, and while some do so legitimately, others do not. Those strategies can range from simple preferences in the admissions process for students with higher class ranks and standardized test scores to, as in the case of Claremont McKenna College (Calif.), outright falsification of freshmen’s SAT scores.

The vast majority of the 19.9 million students in the United States do not attend Ivy League universities, and for some, that knowledge can be painful. Identifying as a so-called “Ivy Reject” can lead to a crippling, maladaptive desire to prove oneself; the impression of past failure often begets a fear of future shortcomings. In a society infatuated with pursuing status to the point of anxiety and depression, college rankings promote a dangerous narrative of quantified social climbing. College is hard enough on students’ mental health as it is, and the false impression of having failed before the first day of classes can make that problem even worse.

College should be an environment of academic exploration, not of preoccupation with social standing. The cruel reality is, however, that college rankings are increasingly forcing campus cultures toward that very obsession. Students attending their second- or third-choice school might find themselves considering traditionally prestigious career paths out of a desire to make up for ground lost, so to speak, during the college application process. In other words, students in that scenario may end up prioritizing their prospects over their passions. Given Emory’s infamously pre-professional bent and perennial exclusion from USNWR’s uppermost echelon, applying that explanation to our student body wouldn’t be unreasonable.

As students who have recently been through the college application process, we have a unique opportunity to change the conversation around USNWR’s rankings system. We can testify to its negative effects on mental health and irrelevance to life on a college campus. So tell your friends still in high school to prioritize fit over faulty numbers. Write to USNWR, Forbes or Niche about changing their criteria. And most importantly, set the right example by taking full advantage of the amazing opportunities that we have as Emory students. It should go without saying that we have things pretty good here — so let’s make the most of it. 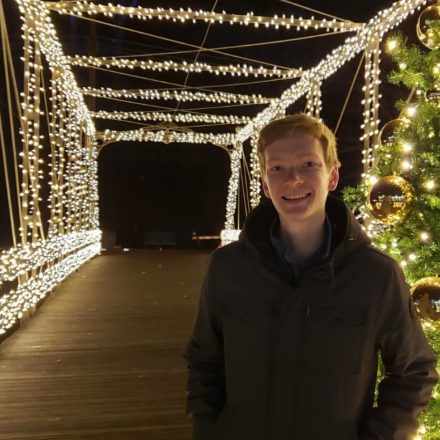 Ben Thomas (23C) is from Centerville, Ohio, and he majors in political science and English. In addition to his role as Opinion Editor at the Wheel, he is a member of the Ethics and Servant Leadership Forum, an associate justice on Constitutional Council and a social sciences editor for the Emory Undergraduate Research Journal. In his free time, he enjoys running, playing bass trombone, making himself oatmeal, and re-watching the West Wing. Contact Thomas at [email protected]

Emory Students, Take Care of Yourselves

Georgians, Say No to New Voting Machines: Vote by Mail

Billionaires Should Not Exist