How many times as a college student has someone told you that back in their day, they could pay for college by working at McDonald’s? Maybe that was once possible, but no longer. In the last 40 years, the cost of college has far outpaced wage growth, inflation and financial aid — flipping burgers just won’t cut it anymore.

With tuition for an average four-year public American university just shy of $30,000 per year, U.S. colleges and universities are prohibitively more expensive today than ever before. As we bear the burden of paying these high costs, it is our duty to understand why this is the case. Something must have changed over the past 40 years in college education to justify tripling the cost of attendance. And one needs to look no further than the administrative cohorts of colleges.

Bloated tuition payments largely subsidize universities’ administrative costs, which largely cover higher-ups’ salaries, burgeoning administrative sectors and financial services. On average, the latter account for nearly a quarter of postsecondary institutions’ budgets and Emory is no exception. In 2017 alone, outgoing President Claire Sterk made over $1 million, roughly the annual tuition of over 20 students. Emory is not alone in paying its president a staggering salary — the lowest-paid Ivy League president is paid well over half a million dollars, while the highest earns over three and a half million. Such egregious sums of money could be better spent on actually improving the conditions of universities and their quality of education.

Moreover, most institutions’ endowment investment managers make millions as well. Emory’s last such manager received a severance package of over $5 million; meanwhile her windfall could have reduced food insecurity on campus, provided expanded financial aid packages or funded much-needed renovations. It hasn’t always been this way, though. Tuitions have more than doubled over 40 years, thanks in part to increases in enrollment demand. Increased enrollments have necessitated more professors and staff, which has driven tuition higher. This vicious cycle shows no signs of slowing. These ballooning administrative costs should make us wonder what benefits we’re really getting from our correspondingly inflated tuition.

The passage of time has made clear that students and universities alike bear that financial burden. In Emory’s case, increased tuition has yielded few improvements in overall teaching quality; instead, it has merely enabled the administrative sector to spiral out of control. Even as many of Emory’s leaders earn over half a million, many buildings on campus remain in dismal shape — the Anthropology Building is in disrepair, the entire QSS department squeezes on the top floor of the Modern Languages Building, White Hall is a relic and the Callaway Memorial Center can only be described as a maze. In spite of this, we can always find ways to improve the appearance of the College for the administration. For example, we can manage to funnel $98 million (approximately equivalent to yearly tuition for just over 1,000 students) into creating a brand-new student center complete with an upstairs area that has not one but six flat-screen TVs on one wall. Meanwhile the Dobbs Common Table has insufficient seating to satisfy daily demand, but hey — at least we can play Mario Kart on the floor above. Emory is far from the only university to fall prey to this scheme — it’s endemic in American higher education. Frustration at the current system’s hypocritical tendency to favor appearances over educational quality is justified, but we as college students must be the ones who finally say that enough is enough. We should be feeling anger, but we must channel that into thinking about where we go from here.

First, Emory and other colleges must defray the rising costs of attending college by further cutting administrative pay as Emory did in response to COVID-19. Additionally, minimizing unnecessary costs such as re-seeding the campus during winter or reexamining expansions and renovations to see whether they benefit students or the campus’ appearance to visitors. These simple cuts could help administrators address a myriad of campus issues: decreasing food insecurity by subsidizing meal plans, increasing financial aid packages, renovating essential educational buildings or reducing the burden of textbook costs.

Since college students are at the peril of administrations, with minimal bargaining power to secure the authority of colleges, we must demand acknowledgment by organizing, protesting and writing to our administrators to take action on these issues. Universities must enact some of these changes now. If we don’t use our voices now, future generations of college students will experience diminishing returns from a system more concerned about milking them for every dollar possible than providing them with a quality education.

Moving forward, students must probe where millions of university funds should be going; in doing so, we must ascertain where our priorities lie as students. Throwing off the yoke of the status quo is never easy, but in the case of exorbitant tuition prices and diminishing returns for students, we must overhaul a system that is designed to resist real change. It’s time to demand that administrators spend our tuition on increasing the quality of universities, not increasing administrators’ salaries. Our primary focus must be improving the education that we pay so dearly for because, at the end of the day, that is the reason we pay tuition. In 2020, a college degree is a necessity, not a choice. 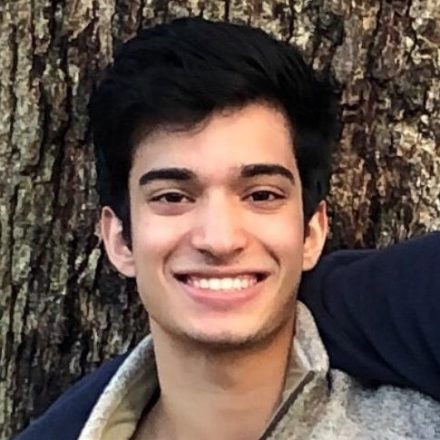